Buy-side traders have megabytes and gigabytes of potentially useful data at their fingertips. The hard part is distilling and making use of that data, which are typically in the form of spreadsheets filled with endless rows and columns of numbers.

One way to make the transformative leap from unusable to usable is by depicting the numbers in graphical form, a methodology known as data visualization.

Dr. Elliot Noma, founder and managing director at Garrett Asset Management, deploys data visualization when testing a trading strategy or predictive model using historical data. “I use it very extensively in terms of better understanding the quality of my backtest,” he said.

“Traditionally what you’re doing with a backtest is looking at return and volatility is, but there’s also certain issues in terms of, is the volatility consistent over time? Are the returns lumpy in some way or another? Are they correlated with other things?” Noma explained. “I like using graphics in terms of trying to figure out how to think about this…Just so many numbers or rank orders don’t really tell me what the issues are.” 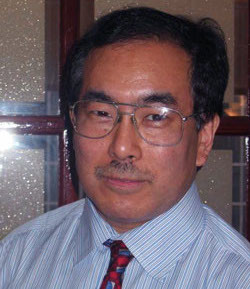 In a broad sense, two types of trading-desk data can be visualized: that which depicts what is known, and that which depicts what isn’t known. A subset of the latter category — data that isn’t known but should be known — is where the true value-add of data visualization lies, according to Willem De Geer, executive vice president of Datawatch Corp.

“When it comes to visualizations, you’re really looking for outliers,” De Geer said. “You’re looking for outliers because an outlier means either an opportunity to trade or it means something that increases the risk in whatever you’re trying to do.”

Data visualization has advanced from focusing on granular data such as an individual order or position, to being able to capture multiple and disparate data sources in a single visualization. “It could be a feed from Reuters. It could be a message buzz, it could be picking up from a trading system or an EMS system,” said De Geer. “All the different environments that traders work with can be combined into a holistic view of data. Previously, they had different dashboards for different things.”

According to De Geer, data can be visualized to better understand and manage risk, as traders “want one view of the world when it comes to risk.” Another increasingly popular application of data visualization is transaction cost analysis, which institutions use to review the efficiency of their trade executions.

“An individual just staring at rows and rows of data may not be able to derive any intelligence from that, but as we come up with better means of visualizing that data…that’s the part of business intelligence that’s going to make systems more efficient and make more money for the people who are able to utilize the information,” Urbaczewski said.

To be sure, data visualization by itself will not improve trading results; Noma of Garrett Asset Management referred to it as “one of the tools” that can be used to better understand large data sets

Noma, who sometimes combines statistical analysis with visualization tools, started studying data visualization as a Ph.D student, when his psychology coursework covered human factors engineering. In his view, data visualization is still largely a frontier, and enhancements such as interactive graphics will only serve to boost its utility.

“If I’m a portfolio manager, I should no longer be satisfied with something that says, ‘here’s my investment portfolio, here’s the return, here’s the standard deviation.’” Noma said. “There are a lot of opportunities out there, and the tools are becoming available…(Data visualization) is a very exciting area.”

Featured image via : Flickr/Trendsmap under CC