With limited liquidity dispersed across 15 options exchanges, how can institutions most efficiently find the other side of large trades?

Tradeweb is aiming to deepen electronic options markets via solicitation of competitive bid and ask prices from multiple liquidity providers. In May the trading platform operator introduced request-for-quote (RFQ) trading for options,  building on the protocol it pioneered and subsequently established in fixed income and derivatives and more recently, exchange-traded funds.

There are few markets globally with more angst over paper-thin liquidity than in the U.S. listed options market. Market participants say the options space can be a mile wide but an inch deep. There are a ton of bid-ask prices on the screen, but the majority of displayed bids and offers aren’t anywhere near the quantities that institutional investors are looking for. 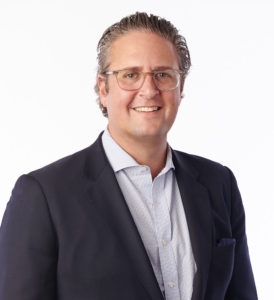 “The market is extremely fragmented and there’s very little firm size posted on-screen, anywhere,” said Adam Gould, Head of U.S. Equity Derivatives at Tradeweb. “RFQ is a way to help solve for that.”

Under Tradeweb’s RFQ protocol, institutional investment managers request full-size price quotes from multiple market makers simultaneously, who in turn revert with their best bid or offer. In just six months Tradeweb already has 11 liquidity providers live on the RFQ platform, and trades have been executed on more than 125 single options plus various multi-leg strategies, according to Gould.

The most liquid options are the broad index ETFs of SPY, SPX, QQQ, VIX, and IWM; heavily traded single-stock options include Apple, Bank of America, and General Electric. Through the first 10 months of 2018, 35% of options volume market-wide traded in just five tickers, according to OCC data, while 68% of volume traded in the top 50 tickers.

There were 4,336 listed companies in the U.S. at the end of last year, according to the World Federation of Exchanges. Most publicly traded equities have an options chain with dozens of individual put and call options, each with their own prices and expiration dates. With 15 — soon to be 16 — options exchanges, it’s easy to see how most names in the options market get spread too thin.

As evidence of the breadth of the options market, a broker recently told Belmont Capital Group Managing Partner Stephen Solaka that there are more than 1 million strike prices overall.  “A lot of the names are less liquid, with screen markets that are very wide,” Solaka told Markets Media. “RFQ is something that can be helpful as a better way to source liquidity in less-liquid securities.” 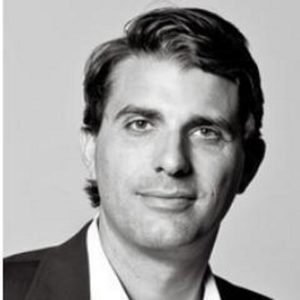 Solaka, whose firm manages more than $1 billion, noted the liquidity bifurcation that has vexed options market participants for several years now. “As the number of market makers has decreased, there’s less liquidity in the non-top-tier names,” he said. “RFQ can make things easier in that you don’t have to call 10 people for quotes. And because it’s a competitive situation, there will potentially be better price discovery.”

And Tradeweb trading data supports that – customers using Tradeweb RFQ have executed trades at the full size requested at 4 to 22 cents better than the National Best Bid and Offer (NBBO), according to Gould. On average, he said the best liquidity available on Tradeweb has been 90% at or better than on-screen prices and for 85% larger size than available on-screen.

Gould also noted that pricing that comes back from different options market makers can vary substantially, at least for most of the market. AAPL, GE, Bank of America and other heavily traded names don’t have this issue, but when one moves down the liquidity scale to Children’s Place, Dish Network, and Stanley Black & Decker, quotes can be scattershot.

Broad volatility across financial markets has driven a robust options market in 2018. Year to date through October, equity options volume increased 21.3% to 20.7 million cleared contracts per day on average, according to OCC.

After mostly flat options volumes through much of the 2010s, this year’s expansion has been welcomed by market operators, trade handlers and end-user investors. But as it is mostly attributable to exogenous macro factors, the growth is not necessarily sustainable. As exchange leaders have stated at industry events for years, the Holy Grail is organic market growth led by innovation that addresses a market-structure issue, and by extension makes options easier and cheaper to trade. Although it’s early days, Tradeweb seems like it could be one of those much needed innovations.

“RFQ essentially provides an aggregate best bid and offer from multiple market makers in competition,” Gould said. “It’s a huge improvement from where a trader would be able to execute on-screen, both in price and in size.”

“It also streamlines traders’ workflow, and provides the electronic audit trails that everyone cares a lot about these days,” Gould continued. “When someone’s looking for a quote over the phone or in a chatroom, there’s a lot of room for error. Stripping out as much manual entry as possible is something that clients are embracing.”

To be sure, innovating is easier said than done, and the roadsides of options and other markets are littered with innovations that never caught on. But Tradeweb is optimistic that RFQ has staying power. “It’s a very big market, and we’re addressing a real issue that’s out there,” Gould said. “There’s a lot of room to run.”