Market veteran Doug Rivelli has been hired by trade cost analysis specialist firm Abel Noser as its new President. Rivelli, a professional with over two decades years in the markets, recently co-founded Stamford, Connecticut-based Nucleus 195. He also worked at Auerbach Grayson and was Chief Executive Officer at hedge fund Proteus Global Partners, a multi-catalyst Long/Short event fund. He was also co-CEO of Pragma Securities and a managing director and co-head of quantitative trading at Cowen and Company.

Bulge broker Credit Suisse has landed three senior executives to strengthen its Impact Advisory and Finance Department’s reach and offering for clients in Singapore, Zurich and London. These hires complement Daniel Wild who has joined the bank’s Impact Advisory and Finance (IAF) Department as Global Head of Environmental, Social and Governance (ESG) Strategy back in April. First, James Gifford has joined in the newly created role of Head of Impact Advisory. He onboarded from UBS where he was previously Head of Impact Investing within their Wealth Management Division. Based in Singapore, he reports to Marisa Drew, CEO of the IAF Department, with a regional reporting line to Bernard Fung, Head of Wealth Planning Services, Asia-Pacific.

Secondly, Guillaume Bonnel has joined the bank as Head of Sustainable and Impact Products. Bonnel was previously at Lombard Odier where he held the title of Head of Impact Investing since October 2016. He was also a sustainable and responsible investment advisor at a number of financial institutions, including BNP Paribas. Based in Zurich, Bonnel has a dual reporting line to Marisa Drew in IAF and to Steven Bates, Head of Investment Product Management, within IS&P Product & Services.

Lastly, Helen McDonald was hired as UK Head of Foundations and Impact Advisory Services, a newly created role in which she looks after UK nonprofit institutions and advises UK clients in respect of their sustainable and impact investment ambitions. She also came from UBS where she was most recently Head of Charities, Foundations and Social Investing. Previously she worked at Goldman Sachs, SG Warburg Securities and Kleinwort Benson Investment Management. McDonald is based in London and has a dual reporting line into the UK private banking team, led by Christian Berchem, CEO of Credit Suisse UK, part of International Wealth Management, and into the IAF Department, led by Marisa Drew.

Global Digital Finance appointed Sandra Ro to the GDF Board of Directors as a non-executive director. Ro was appointed to the NYS Digital Currency Taskforce and serves on the EU Blockchain Observatory & Forum. She served at CME Group and architected the CME CF Bitcoin pricing indices, leading to CME Bitcoin Futures. Also, Ro was a founding member of The Linux Foundation–Hyperledger, Enterprise Ethereum Alliance & Post Trade Distributed Ledger Group.

Instinet appointed Seema Arora as head of execution sales for Europe, the Middle East and Africa (EMEA), a newly-created role. Arora joined the agency broker after 10 years with Kepler Cheuvreux, and has been tasked with selling all of Instinet’s execution products, reporting to Richard Parsons, CEO of Instinet Europe. 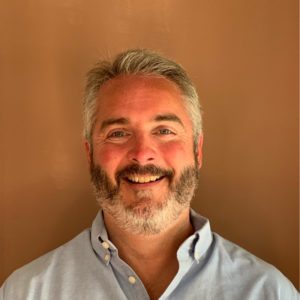 Itiviti appointed Peter van Tiggelen as EVP, Head of Finance Office (CFO). With extensive international finance experience, including from the United States and Asia, van Tiggelen most recently was CFO of healthcare technology company CRF Health. Before that he was CFO of AMCo, a specialty pharmaceuticals company.

IBC Financial appointed Jonathan Brookes to Head of the Private Client Division. Brookes brings more than 18 years of valuable experience to this role, with plans of bringing more growth to IBC Financial. He will be specifically focusing on supporting the development of the Private Client Division within the group, as well as leading strategies in Investment Controlling, Risk Management and leading the alternative markets divisions.

Visible Alpha named Samantha Miller to the firm’s newly created role of Chief Product Officer. Miller joins during a high-growth year for the investment research technology company, which helps investment managers discover ideas through its flagship deep consensus platform and track and value research for MiFID II compliance. Miller joins Visible Alpha from Dun & Bradstreet where she was Vice President of Global Product Portfolio Strategy and Management.  Prior to Dun & Bradstreet, she led a division at LexisNexis as a General Manager and Vice President of Product where she launched several new product lines garnering numerous awards and acclaim.

Capitolis, a technology provider for capital markets, named Justin Klug as President. Klug had most recently served as Chief Operating Officer of the company and served on the firm’s leadership team for the past two years. He was previously Managing Director at Credit Suisse where he led the US rates structuring team and was responsible for developing, executing and monitoring strategic and tactical business lines across the macro franchise.