The shakeup at Virtu/ITG continues, as a senior executive has landed at bulge bracket broker Credit Suisse. The Advanced Execution Services unit hired Charlie Whitlock as their US Head of AES Sales. Whitlock was previously ITG’s Head of US Sales. 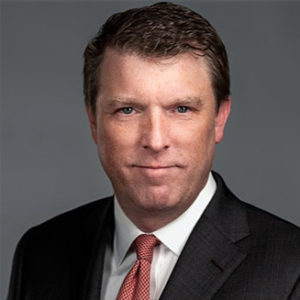 Relatedly, AES landed Chris Rice as their Global Head of Execution Strategy. He was previously Global Head of Trading for State Street Global Advisors and was with the firm 23 years.

Sales trader Andy Peer joined Magma Trading in a senior business development role in New York. Peer will market Magma’s platform for both NBBO and streaming block liquidity in US equities. A 25-year veteran, he spent 15 years at ITG and was most recently at Rosenblatt Securities and Instinet. He reports to co-founders George Hessler and Craig Kravetz.

Tourmaline Partners has made two new hires for its Australia office. Matt McShane has joined as Director of Operations for Asia, while Simon Twiss has joined as Director of Pan-Asia Trading. McShane has spent nearly 25 years in the financial services industry, gathering extensive experience in the operations and fund administration space. He most recently served as Head of Operations for Australian Philanthropic Services, and before that spent stints as Head of Operations at White Outsourcing, Ausbil Investment Management, Nikko Asset Management and Arnhem Investment Management.

Twiss has spent the past two decades in trading roles involving various asset classes. Before joining Tourmaline, he was a Partner at Arnhem Investment Management, where he led all trading efforts and worked closely with portfolio managers and analysts to generate alpha across a wide variety of portfolios. Prior to that he held roles at GLG Management and E-Trade Australia.

MarketAxess Holdings appointed Michael Baker its new Chief Technology Officer. In his role, Baker will have global responsibility for all software development, which will include strategy, architecture, development and deployment of its trading system. He joins from Fidelity Investments, where he served as the Head of Enterprise Cloud Computing. Prior to Fidelity, he was the Managing Director, Head of High Frequency Trading and Asset Management Infrastructure and Engineering for Citadel Investment Group. While at Citadel, he led the Engineering Department, responsible for assessing and deploying new technology, ultimately helping the firm integrate industry recognized high-frequency market-making technology. He began his career with Salomon Brothers in New York as a Software Engineer. Baker will report to Nick Themelis, Chief Information Officer.

FlexTrade snagged Lak Loi and Vahid Shirani for its EMEA region as Vice Presidents of Sell-Side OMS Business Development. Based in the company’s London office, both Loi and Shirani will be responsible for strengthening and expanding the company’s sell-side OMS solutions into the EMEA region. Both Lak Loi and Vahid Shirani come to FlexTrade with more than 25 years of combined experience in equities and derivatives trading technology.

Since 1997 Loi has worked in London and on Wall Street as an equity trading systems consultant with an array of investment firms (HSBC, Santander, Barclays) and technology providers (Bloomberg and Fidessa). Shirani comes to FlexTrade after more than eight years working with Fidessa in various roles for their equity and derivatives trading platforms.

Cobalt, the foreign exchange infrastructure, has appointed fintech expert, Stephen Wolff as Strategic Advisor. Wolff is former Managing Director and Head of Strategic Investments at Deutsche Bank and has served on the board of numerous financial market technology and infrastructure companies. He also previously ran corporate strategy and M&A at IHS Markit from the period prior to Markit’s IPO, through to the successful merger between IHS and Markit Group.

SmartStream Technologies has appointed Nadeem Shamim to lead cash and liquidity management solutions globally. Shamim, a 30 year professional, has experience in treasury, cash and liquidity management within transaction banking and treasury consulting, across Europe and Asia. Prior to SmartStream, he was at Standard Chartered Bank, in his role as Managing Director he was responsible for corporate treasury solutions. Previous to this he was at J.P. Morgan, Head of Financial Institutions Group EMEA, Treasury Services, focusing on regulations and cash management. He will report into Vincent Kilcoyne, Head of Product Management at SmartStream.