Fintech startup Alpaca reported it is adding fintech, SEC compliance and tech leaders to its team. They are as follows: 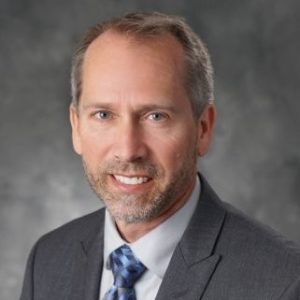 John Torola (Chief Operating Officer) – Most recently Chief Compliance Officer at WealthFront and also a veteran of FINRA, a non-governmental organization that regulates the activities of all registered broker-dealer firms and registered brokers in the U.S.

Christine Jue (Compliance and Brokerage Operations) – Compliance and Operation specialist with more than a decade of experience at firms such as Morgan Stanley and UBS.

Evan Akutagawa (Head of Trading) – Financial markets specialist, most recently worked as a quantitative trader and researcher at a boutique HFT firm. Previous experience as a trader and analyst at a hedge fund and due diligence professional for a fund of funds

BNY Mellon Asset Management North America landed Alejandro Martinez Cruz as its new Emerging Markets Economist. Martinez Cruz will lead research efforts on emerging market economies with a particular focus on Latin American countries. He brings 27 years of investment experience to the firm with more than ten years served at HSBC where he served in several senior positions, including a Mexico rates and foreign exchange analyst, senior LatAm strategist and, finally, the Head of Latin American Fixed Income Research where he led fixed income research efforts for Argentina, Brazil, Chile, Colombia, Mexico, Peru, Ecuador, Dominican Republic and Costa Rica. Prior to his career at HSBC, Martinez Cruz spend two years as an economist at Citigroup in Mexico City. He reports to the Chief Economist Vincent Reinhart. 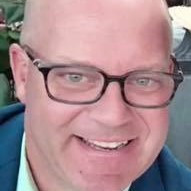 Visible Alpha reported the appointment of Mark Hale to the firm’s newly created role of chief operating officer (COO). Hale comes to Visible Alpha from FactSet where he spent 22 years,  most recently as executive vice president and COO. In this role, he led global teams focused on product management, technology and infrastructure, and IT.

Vanguard announced it has promoted its head of the equity index group, Joseph Brennan, to the newly created role of chief risk officer.

The Financial Conduct Authority (FCA) has appointed Sheldon Mills as its new director of Competition. Mill will be responsible for the FCA’s activities to enforce prohibitions on anti-competitive behaviour within the financial services industry. Sheldon is currently senior director, mergers and state aid at the Competition and Markets Authority (CMA).

The Cürex Group hired Glen Sargeant as Managing Director, European Business Development. Sargeant has 25 years of experience in global FX markets. He was formerly the former Head of Foreign Exchange Trading, EMEA at Schroder Investment Management. Sargeant also served as Product Manager, Buy Side FX at FlexTrade, concentrating on the needs of the buy side FX community in the EMEA region.

NN Investment Partners named Rani Piputri as its new Head of Automated Intelligence Investing. With over 18 years of experience as a research and investment professional, Piputri joins NN IP from Aspect Capital, a London-based CTA and quantitative multi-asset solutions provider, where she was Principal Equity Strategies. Prior to this, she held the roles of Partner and Senior Portfolio Manager at Saemor Capital. In addition, she was Board member of the CFA society Netherlands for four years. 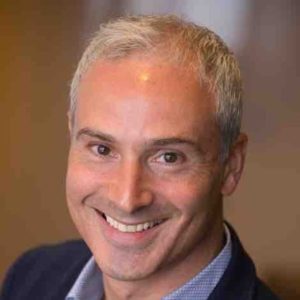 Goldman Sachs has rehired one of its former EDs as an MD in London. According to eFinancial Careers, Adam Iqbal, who left Goldman last November to join fixed investment management firm Pimco as executive vice president and portfolio manager, is back at the U.S. bank just 10 months later. In his earlier three and a half year stint at Goldman Sachs, Iqbal was an ED and EMEA head of G10 options trading. Now he’s returned as an MD and head of FX exotics and correlation trading globally.

Cowen announced that Yaron Werber started on the Company’s equity research team as a senior biotechnology analyst. Werber will be joining Cowen from Ovid Therapeutics, a biopharmaceutical company, where he served as Chief Business and Financial Officer. He joined Ovid in 2015 after spending nearly 15 years as a highly-ranked biotechnology research analyst at Citi Research and Cowen. Werber will be based in New York and will report to Robert Fagin, Cowen’s Director of Research.

GLMX just made another new hire in Europe, as Rob Miles has been named Head of Operations, Europe. Prior to joining GLMX, Rob spent three years as Technical Operations Manager at trueEX Group LLC, where he was responsible for developing internal systems across trueEX’s SEF and DCM, truePTS, and its new crypto-currency FX derivatives and spot exchange, trueDigital. Prior to that, he spent 13 years at ION Trading (Anvil Software from 2002-06), where he played an integral role in product development and implementation. Miles will be based in London and joins Phil Buck who was recently hired as Managing Director, GLMX Europe.

Broadridge’s board of directors announced this morning that it has appointed Tim Gokey as CEO. Gokey will succeed Rich Daly, who becomes executive chairman of the board of directors. The appointment becomes effective on January 2, 2019.

Equiteq has snagged Nick Jones as a Managing Director, Head of Europe and Global Head of M&A. Based in London, the 20-year pro will focus on leading Equiteq’s growing practice in Europe and also coordinate mergers & acquisitions activity across Equiteq’s five global offices in New York, London, Paris, Singapore and Sydney. He joined Equiteq from Cavendish, where he served as Partner and Head of Technology. Prior to Cavendish, Nick was Partner at Clearwater Corporate Finance where he helped build the London business from start-up.

Liquidnet, the global institutional trading network, named Cheryl Knopp as General Counsel. Knopp previously served as Liquidnet’s Deputy General Counsel and Head of Liquidnet Capital Markets,
and brings over 20 years of legal, financial services and technology experience to her role. Prior to Liquidnet, Knopp served as Assistant General Counsel at Bloomberg, LP where she provided
counsel across multiple areas including corporate transactions, intellectual property, technology, and joint ventures. Earlier in her career she held roles as Associate General Counsel at Kaplan, Inc., and as a
corporate associate at Whitman Breed Abbott & Morgan, LLP.

BTIG Limited, the European affiliate of BTIG, announced Matt Cyzer will step down as its Chairman. Cyzer was appointed to the leadership role at the London-based broker-dealer in April 2012. Prior to his current role, he served as President of the Pan-European business, and a key member of the firm’s Operating Committee.