Barclays is bolstering its sales team, as the firm has added two new members to its FX sales team in London. According to a report from FX Week, the bank added Mark Rossi and Ross Sellwood. Rossi joined from Nomura where he had worked for more than eight years – originally joining the firm in 2010. At the Asian bank, he covered a number of roles including FX hedge fund sales. Sellwood comes from Goldman Sachs, having worked in macro hedge-funds sales for the past nine years.

It looks like Alex Shterenberg, global head of FX algos at Bank of America Merrill Lynch in New York, has left the bank. The sources say he is moving to another, as yet unnamed, sell side institution in a senior FX role. He joined BAML in May 2013 as head of FX e-commerce for the Americas before assuming his latest role. 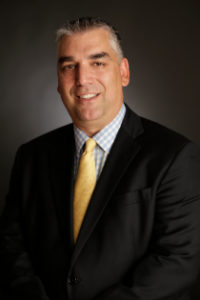 Citi added a trio of traders to its Delta One trading desk. Andrew Dawkins, former head of Delta One sales in the Americas for BNP Paribas, joined as a managing director working out of New York. The bank also added Claus Hein, former head of synthetic equity distribution for EMEA at Deutsche Bank. Hein started in London last month as a director of Delta One sales. The bank also just poached ex-Goldman Sachs strat Sriram Bharadwaj to work on its forwards desk as a Delta One trader.

Fenics Markets, a subsidiary of BGC Partners, announced that David Coombs has joined the firm as its Global Head of Product Strategy, Electronic & Hybrid Markets, based in London. Coombs joined from TP ICAP where he was Chief Commercial Officer of eMarkets since July 2017, and previously served as Executive Director of Interest Rate Products at CME. In addition, Anthony Perrotta joins Fenics Markets as Head of Americas Product Strategy, Electronic and Hybrid Markets, reporting to David Coombs. Perotta, a thought leader in market structure and electronic trading, most recently served as CEO of TABB Group.

The World Federation of Exchanges elected seven Directors of the Board. They are:

Faulkner is focused on sales of Exegy products and services in Europe and Asia and will report directly to the sales director for those regions. He comes to Exegy after diverse positions in sales, technical account management, and client onboarding and implementation at Fixnetix, Barclays Corporate & Investment Bank, Instinet, and Bloomberg.

Harvest Volatility Management (“Harvest”), a derivative asset management firm, has hired Peter Montgomery as an Executive Director. Based in San Francisco, Montgomery is responsible for strengthening Harvest’s West Coast marketing and sales efforts. Prior to joining Harvest Volatility Management, he was a Senior Vice President in the Client Solutions group at iCapital Network, where he focused on the independent wealth advisory community in the Western United States. He spent the previous 10 years at Credit Suisse, most recently heading the Business Development and Operational teams within the Private Banking USA Alternative Investment Group.

The Governing Council of the Independent Directors Council (IDC) has elected Dawn Vroegop as its Chair. Vroegop, who has served as IDC Vice Chair for the past year, is an independent director of Brighthouse Funds and Driehaus Funds.

Jonathan Zeschin, who has just completed his second year as IDC Chair, is now IDC Chair Emeritus. Zeschin is an independent director of Matthews Asia Funds.

The Board of Governors of the Investment Company Institute (ICI) has elected George C. W. Gatch, CEO of J.P. Morgan Asset Management’s global funds and global institutional businesses, to serve as ICI Chairman for a one-year term. In addition, the ICI membership elected a slate of governors. William F. “Ted” Truscott, as immediate past ICI Chairman, was elected to serve as Vice Chairman of the Board of Governors for a one-year term. Truscott is CEO of Columbia Threadneedle Investments.

CLS today announces that it has hired Margaret Law as Head of Client Management APAC. Law will be responsible for continuing to grow the client base across the region, as well as the adoption of CLS’s broader portfolio of products and services focusing on three business lines – settlement, processing, and data. She joins CLS from Northern Trust where, as Head of Client Services, she was responsible for managing the local sales team and growing client relationships across Hong Kong, Taiwan and Macau. Prior to this, Law held sales leadership roles across a range of asset classes and for a number of different banks, including Bank of America Merrill Lynch, HSBC, Citibank and the Hong Kong & Shanghai Banking Corporation.