Barclays has hired banker Taylor Wright to co-head its US equity capital markets, according to people familiar with the matter. Wright, who is based in New York, joins Barclays from Morgan Stanley where he was managing director of technology, services and financials ECM. Wright will co-head the division with Kristin DeClark, who was hired by Barclays in March from Deutsche Bank to co-head US ECM and to serve as the global head of technology ECM.

f you have a new job or promotion to report, let me know at jdantona@marketsmedia.com 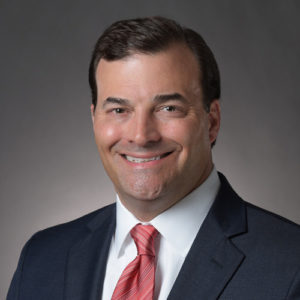 INTL FCStone snagged Chip Miller as a new Managing Director of Prime Brokerage sales. Miller joins from Cowen’s Dallas office, where he spent the last two years as director of prime brokerage services. He previously spent ten years in prime brokerage sales and trading at Convergex, where he worked alongside FCStone’s heads of prime Doug Nelson and brothers Nicholas and Michael DeJarnette.

At this year’s SIX Annual General Meeting, Dr Jürg Gutzwiller, CEO of Entris Banking AG and representative of the Raiffeisen and regional banks, and Pierre-Olivier Bouée, Chief Operating Officer of Credit Suisse Group AG, were elected to the SIX Board of Directors. Gutzwiller succeeds Patrick Gisel, who left the Board of Directors as at the end of November 2018. Dr Jürg Gutzwiller has many years of experience in the banking sector and has worked for Entris Holding AG (formerly RBA Holding AG) since 1995. Prior to that he was a consultant at KPMG and head of management support in the organization department for the Executive Board of Swiss Bank Corporation. Gutzwiller is also President of the Verband Schweizer Regionalbanken (Association of Swiss Regional Banks) and a member of the Board of Directors of the Swiss Bankers Association.

Also, in Hong Kong  the firm landed Jorge Marrero as a Managing Director and the Chief Operating Officer of BTIG Hong Kong Limited. Marrero has 30 years of financial services industry leadership experience in the U.S. and Asia. Previously, he helped to establish Execution Noble/Espirito Santo Securities HK, where he spent ten years as a Director and the Chief Operating Officer.

Phoenix American Financial Services Inc. (PAFS) hired Matthew Podolsky as Director of Business Development. Podolsky will be responsible for implementing the company’s sales strategy, developing and maintaining an expanded client base for the investor services, fund accounting and back office outsourcing offerings Phoenix American provides to alternative investment funds. Podolsky, a 15 year professional, most recently served at Provasi Capital Partners from 2017 to 2018 as their Senior Vice President of Sales. At Provasi, he drove sales, added new accounts and managed existing relationships in a five-state territory including California and the Northwest. From 2013 to 2017, Podolsky served at Atlas Energy Group as Vice President of Sales where he positioned and sold solution-based tax strategies directly to investors through their financial advisors while consulting with CPAs and tax consultants.

eFinancialCareers reported Zheng Guo, a VP level equity derivatives agency trader at Goldman Sachs’ New York office, is understood to have resigned. Neither Goldman Sachs nor Guo responded to a request to confirm his disappearance, but Guo is no longer listed on Goldman’s internal directory. After 12 years at the bulge firm, Guo is thought to be off to a competitor. Relatedly, both Andy Andreo and Alvin Gattoc also recently resigned and their exits followed a spate of other departures in previous months.

Relatedly, OpenFin appointed former Goldman Sachs MD, Tim Dinsdale, as European CTO. Dinsdale will be responsible for leading the firm’s technology efforts across the region, expanding OpenFin’s London-based development team and driving OpenFin’s desktop services initiatives globally, including OpenFin Layouts. At the same time, he will also continue to support the development and adoption of the FDC3 standards initiative, initially launched by OpenFin and contributed to FINOS (the Fintech Open Source Foundation) in 2018. Prior to joining OpenFin, Dinsdale was Managing Director at Goldman Sachs. During his long-term tenure he worked in a variety of technology roles in the front and middle office across the Equity Structured Products Desk, the Core Strategies Group and the Enterprise Platform Group. Before entering financial services in 2003, Dinsdale worked in the gaming industry as a Software engineer for Sony Computer Entertainment. He reports to President and COO, Chuck Doerr,

CME Group announced Trey Berre was its new Global Head of Data Services. Berre will be responsible for overseeing CME Group’s portfolio of historical, real-time and derived data products and services. He will continue to be based in Chicago. Previously, Berre led the company’s Derived Data Licensing & Partner Services business since January 2018. He previously served as Chief of Staff for the company’s Office of the President. Prior to joining CME Group in 2010, he was an Assistant State’s Attorney with the Cook County State’s Attorney’s Office in Chicago.