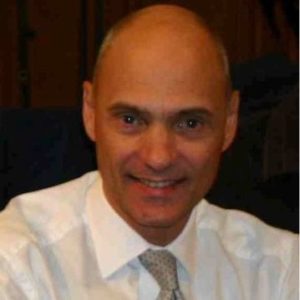 BNP Paribas Asset Management (‘BNPP AM’) has appointed Rob Gambi as Global Head of Investments, based in London. Gambi’s career in asset management spans more than 30 years.  Most recently he was CIO of Henderson Global Investors, prior to which he was Global Head of Fixed Income at UBS Global Asset Management.  He will report to Frédéric Janbon, CEO, and will be a member of BNPP AM’s Executive Committee.

CQS has hired veteran sell-side CLO trader Rich Rizzo as a portfolio manager in its New York office. HFM reported Rizzo, the former head of CLO trading at Deutsche Bank, started work at the multi-strategy credit manager at the beginning of May. In his new role, he is responsible for investments in CLOs managed by third-party managers, with a focus on the US market.

Wolverine Execution Services recently hired David Gray. Gray has 20 plus years of industry experience with a focus on global business development and financial product sales. His most recent role was as Senior Vice President and Managing Director at the Cboe. David will focus on expanding the WEX Broker Connect network, a technology hub that fulfills trading and regulatory requirements, along with expanding and building out WEX’s Institutional reach in Europe.

Horizon Software (Horizon), a provider of electronic trading solutions and algorithmic technology, has appointed Hong Kong-based Fabrice Fischer as its new Head of the APAC region. Fischer has spent over 20 years in financial markets and IT, working across Asia, Europe and North America. At Horizon he will focus on consolidating the company’s front-running position in APAC, with a particular focus on the high-growth markets in the ASEAN and China.

DigiPlex hired Anders Hansen as its new sales director in Denmark. Hansen most recently held the role of Network & Security Business Manager at Ezenta, and before that he held several senior sales positions at, among other things, startup company Zibrawireless, Teracom and TDC in Denmark. Th firm also hired Rickard Hilmersson as Nordic Sales Manager with placement in Sweden and Joachim Kauppi as International Sales Director with placement in Norway. 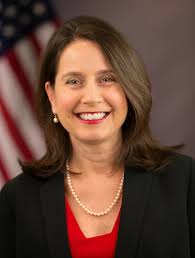 BTIG onboarded Siti Panigrahi as the firm’s Research and Strategy division. As a senior equity analyst, he will focus on the TMT sector and concentrates his research on SaaS and vertical software companies. Prior to BTIG, Panigrahi was a Senior Analyst within Equity Research at Wells Fargo Securities. Previously, he held a similar role at Credit Suisse. Based in San Francisco, he will report into David Lenchus, Director of Research at BTIG.

Kara Stein, former Commissioner of the U.S. Securities and Exchange Commission is joining the Board of Directors at IEX. Stein’s critical move to the Investors Exchange speaks to the transparency across IEX as well as their continued dedication to promoting fair markets. As a Commissioner at the SEC from August 2013 to January 2019, Stein was a strong advocate for investor protection and often addressed the role of technology in improving financial systems.

JDX, the global financial services firm, landed senior financial services executive Lucy Dorr to spearhead its global consulting business. Dorr has over 20 years of leadership experience in the global markets and is a proven leader in business process, and technical design and execution. She joined from Barclays where she was a Managing Director where she held several diverse roles most recently as Head Business Architect at Barclays International, reporting to the COO of the Corporate, Investment Bank and International Cards business based in New York. Prior to Barclays, she held multiple senior leadership roles in Operations and Finance at Merrill Lynch and JPMorgan. At JDX she will sit on Executive Committee and report directly to CEO Greg Hannah. 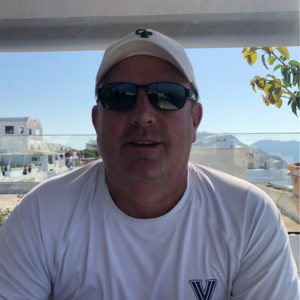 Business Insider reported Mizuho is ramping up its US stock-trading operation, and it’s adding a senior exec from Bank of America to help with the push. Robert Wright, a top cash equities trader at Bank of America, is joining Mizuho to lead US equities trading, according to people familiar with the matter. Wright, most recently as the US head of high-touch trading, spent more than two-decades at the US bank — starting with Merrill Lynch in the late 1990s. Representatives for Mizuho and Bank of America declined to comment.

The FIA named Bruce Savage as the new Head of Europe. Savage, who will join FIA this summer, has spent 21 years with Deutsche Bank in a variety of roles, most recently as the bank’s Global Head of Regulatory Affairs & Market Structure, Listed Derivatives & Markets Clearing. He has been an active member of FIA, recently serving on the association’s board of directors and as a member of the European Regional Advisory Board. In this role, Savage’s responsibilities include heading FIA’s European operations, leading the European Regional Advisory Board and advocating FIA’s concerns to the U.K. and European regulators and supervisory authorities. Savage replaces Simon Puleston-Jones who resigned earlier this year.

Alex Krunic has joined LSE’s clearing house LCH as Head of Equities. The London-based executive arrived at the firm on May 1. Most recently he worked for Societe Generale, where he was head of global broker dealer services sales & relationship management.  Krunic will report to Bruce Kellaway, global head of RepoClear, Collateral and head of EquityClear, Ltd.