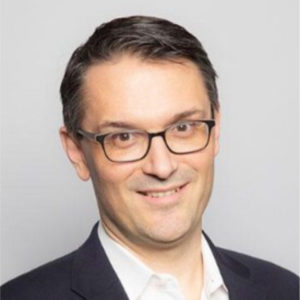 Dominique Toublan was appointed Chief US Credit Strategist. He will be based in New York and will lead the strategy coverage of all US credit markets producing a differentiated global credit market perspective. Dominique joins from JP Morgan where he helped lead the #1 Institutional Investor (II) ranked Investment Grade Strategy team and was personally ranked #1 by II for Credit Derivatives research.

Reena Patel was named Senior Credit Trading Desk Analyst, She will be based in Boston and will cover the Investment Grade Healthcare and TMT sectors. Reena brings strong investor relationships and detailed sector knowledge through almost 15 years of sell-side and buy-side experience. She previously worked in Lehman Brothers, Nomura, Hutchin Hill and Robert W Baird.

Cowen landed Thomas Masterson, III for its Cowen Prime Services LLC’s sales team as a Managing Director, reporting to Jack Seibald and Michael Rosen, Co-Heads of Prime Brokerage and Outsourced Trading. Masterson, an experienced prime brokerage professional, will be based in Dallas, TX, leading the firm’s business development effort in the Southwest and Central states. He comes to Cowen with 22 years of experience in securities brokerage, most of it in prime services. Most recently, he was Director and Head of Sales for Texas with Wells Fargo Prime Services in Dallas, where he worked since 2011, when Merlin Securities was acquired by Wells Fargo. Before that, Masterson was a Director in Prime Services with UBS Securities, LLC in Dallas from 2006-2011, and a Vice President in Prime Services with Bank of America Securities, LLC in Dallas from 2002-2006.

SCORPEO, a company specializing in capturing missed corporate actions value reported that their US CEO and Co-Founder, Jonny Ruck and Co-Founder and COO, Sander Eijkenduijn, have been appointed as Ambassadors to the Transparency Task Force, a collaborative, campaigning community, dedicated to increasing transparency in financial services globally. The Transparency Task Force believe that higher levels of transparency are a prerequisite for fairer, safer, more stable and efficient markets that deliver better value for money and better outcomes to consumers. Through correlations between transparency, truthfulness and trustworthiness, their aim is to help repair the reputational damage the financial services sector has suffered for decades.

EuroCCP, Europe’s leading equities clearinghouse, appointed David Hatton as Chief Technology Officer. Hatton will take over from Albert-Jan Huizing, who has decided to step down at the end of June 2019 having worked at EuroCCP since its formation in 2007. Hatton brings 25 years financial services technology experience having worked across Europe in London, Frankfurt, Paris and Geneva. He joined LCH in 2011 and helped build and launch their Foreign Exchange Clearing Service – ForexClear. He wil report directly to EuroCCP’s CEO, Cécile Nagel

State Street Corporation appointed Mark Westwell as head of its UK Trustee and Depositary business,In this capacity, Westwell will be responsible for the continued growth and development of SSTL, in accordance with State Street Global Services’ UK strategy. He will be based in London and report to Akbar Sheriff, head of Global Services in the United Kingdom.

Dr Rhian-Mari Thomas, former Global Head of Green Banking, Founder and Chair of the Green Banking Council at Barclays, was appointed as the first Chief Executive Officer for the Green Finance Institute, which will be officially launched on 2nd July at the City of London Corporation’s third annual Green Finance Summit. The Institute, which is jointly funded by the City of London Corporation and HM Government, will champion sustainable finance in the UK and abroad.

Monica Damas-Shaw has joined the IHS Markit Securities Finance team in New York as a product manager, overseeing the firm’s solutions and services for beneficial owners in the Americas. She will manage an array of product management initiatives in step with the firm’s Securities Finance roadmap. With 20 years of experience in financial services, Damas-Shaw previously served as a vice president at JP Morgan, directing securities lending programs for major clients. Prior to this, she served as a vice president at Credit Suisse, managing institutional client relationships, including public and corporate pension plans and U.S. mutual funds. Before joining Credit Suisse, Monica served as a relationship manager for JP Morgan’s securities lending clients in Latin America. She will report to Kabin George, global head of product management for IHS Markit Securities Finance. 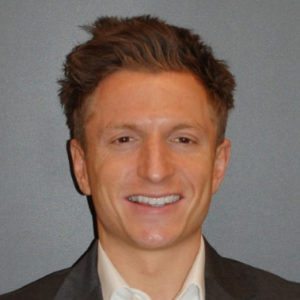 Also, IHS promoted Mark Klein to the role of buyside product manager for IHS Markit Securities Finance. Klein has been with IHS Markit since 2012 and brings a wide range of experience managing buyside securities finance client relationships in London and New York. Prior to the promotion, he served as a product specialist, ensuring service optimization and impactful client training across North America. Before joining the firm, Mark served as an investment assistant at London & Capital, overseeing in house funds of hedge funds, equity funds and a commodity fund. He too will report to Kabin George.

The Independent Community Bankers of America (ICBA) announced the promotion of Laura Norrell to director of vendor relations.  In her new role, she will be responsible for managing ICBA’s corporate membership program, which includes identifying and reviewing community bank service providers, developing new engagement and recruiting programs, onboarding and tracking new vendors, managing the corporate membership renewal and billing process, and assisting with the marketing functions of ICBA’s PSP, and vendor.

Finastra has announced the appointed Mark Miller as Chief Financial Officer. Miller is a seasoned finance executive, with nearly 25 years of global technology, finance and operational experience. He has worked at several industry-leading companies including, most recently, Marketo, where he was CFO and travel technology firm Sabre Corporation, where he spent 18 years in a number of leadership and executive roles including CFO. He also has valuable previous experience working with Vista Equity Partners and the software company Active Network. Based out of Paddington, London, he will be a member of the Finastra Executive Leadership team and will report directly to the CEO, Simon Paris.

Will Bailey has been appointed as Chief Strategy Officer at global FinTech firm InvestCloud, with a focus on product expansion. The newly-created role will see Bailey head up development on emerging product initiatives. Bailey, a member of the InvestCloud team since the company’s founding in 2010, will relocate from the London office to San Francisco, where his knowledge of the Bay Area and technology expertise will provide important perspective for the role. Previously, Bailey led InvestCloud’s EMEA expansion as EVP of Europe and Innovation.