As part of its ongoing buildout in fixed income, BTIG hired Dennis King as a Managing Director in Debt Capital Markets. Based in New York, King will focus on originating and structuring new issue products for distribution to institutional clients. Prior to BTIG, he led the distress-for-control investment business at Platinum Equity. Before that, he was a Senior Vice President at Octavian Advisors, a special situations hedge fund. Earlier in his career, he was a Senior Vice President in the Global Principal Strategies (GPS) proprietary trading group at Lehman Brothers and Credit Suisse/First Boston.

CBOE Futures Exchange managing director Jim Lubin is leaving to start his own advisory firm. Lubin, who began with the firm in 2010, will leave his post at the end of the month and plans to launch a buy-side New York advisory firm called Beacon Hill Private Wealth Management, HFMWeek understands. Prior to working at CBOE, Lubin was the COO and principal of business development for New Jersey-based asset management firm Hyman Beck & Company for around seven years.  He also held positions as senior vice president of Lehman Brothers from 1999 to 2003.

TP ICAP’s data and analytics group, Burton-Taylor Consulting, has snagged longtime Tabb Analyst Andy Nybo. Nybo will be director of its exchange vertical research practice and is tasked with building out analysis of current and historical exchange share, demand segmentation and demographics information. Prior to Tabb, Nybo worked at MarketAxess and Tower Group. He started his career at the The Bond Market Association which would later become SIFMA.

Quantopian, a free online platform for education and creation of institutional-quality investment algorithms, has hired Leslie Baccini as Director of Investor Relations. Baccini comes to Quantopian with a background in hedge fund strategy communication and equity research sales. She came from The Boston Company, where she was responsible for communicating the firm’s hedge fund strategies to clients and prospective clients. 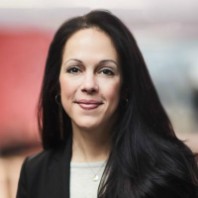 Rosenthal Collins Group, an independent futures clearing firm, announced the promotion of Robert Turner to Executive Vice President and Chief Operating Officer. Turner succeeds George Recchia, who will retire from the firm in late April after 35 years of service at RCG.

In addition, the company has promoted Patrick Carey, a 15-year industry veteran, to the new position of Executive Vice President, Strategic Implementation. Carey began his career with RCG in 2002 as a runner on the grain floor and later managed RCG’s electronic trading support operations and its 24-hour execution desk.  He most recently served as RCG’s Senior Vice President of Operations, overseeing coordination between clients, vendors and exchanges on a variety of initiatives.

Standard Life Investments has added to its North American client relations team with the appointment of Larry Carlson as Director of Strategic Relationships. This is a newly created position within the company and he will be based in Boston. In this new role, Carlson will lead a team of investment relationship professionals who focus on Standard Life Investments’ strategic partnerships. With over 35 years experience in the industry, he joins the company from State Street Global Advisors where he held the role of Senior Managing Director, Team Leader since January 2012. He was also Co-Head of Relationship Management from 2005-2011. Prior to his 15+-year tenure at State Street, Carlson held roles at Putnam Investments and Fleet Financial Group. Larry will report to Jack Boyce, Managing Director, Head of North American Distribution.

SmartStream Technologies appointed Richard Bowler as its new Chief Financial Officer (CFO). He will be responsible for all aspects of the company’s finances, including treasury, administration and financial strategy. With over 20 years of experience in the financial services industry, most recently he was the CFO of Asset Control and prior to that he worked for the New York Stock Exchange, Technologies Division, as the CFO for Europe and Asia. Earlier in his career, Bowler had senior finance roles at BT Global Services, BT Radianz, and Reuters. He will be based in London and report to the CEO, Haytham Kaddoura.  and will manage the finance team.

Advanced Logic Analytics, a provider of enterprise wide big data and finance analytics solutions for buy- and sell-side institutions, has grabbed Giovanni Loria for the company’s board as non-executive director. He has been serving as VP & CFO Global Strategic Finance at Computer Science Corporation (CSC) where in recent years was responsible for the operational and financial transformation of the Xchanging acquisition and the Global Business Services Division. Prior to joining CSC, Loria held senior management roles at Cisco, Dell, and Alcatel-Lucent.

Former NYSE executive Angela Stulley has joined Xignite, as Director Global Sales. Stulley was one of the original employees of Arca, managing Global Sales, Connectivity, and Client Services. After the NYSE merger, Angela remained as SVP of Client Relations and CEO of Arca Europe. She also previously worked at Trading Technologies, and Wolverine Execution Services.