With outsourced trading all the rage these days, BTIG Limited has added Guillaume de Chabaneix and Michael Willis to the firm’s Outsource Trading division in London. de Chabaneix and Willis join the division from the firm’s Equity Sales and Trading business, where they have held senior roles for nearly a decade. de Chabaneix, a Director, joined BTIG’s Equity Sales and Trading business in 2012, specializing in international trading, dual-listed companies and event-driven trading. Prior to BTIG, he held similar equities roles at MF Global in London and Sydney.

Willis, a Director, joined BTIG’s Equity Sales and Trading business in 2012 as well. He has more than 20 years of sales and trading experience. Prior to BTIG, Mr. Willis was Co-Head of European Equities at MF Global in London. Previously, he held a similar role at Deutsche Bank in Sydney.

Both will report directly to Balraj Briah, Managing Director and Head of European Outsource Trading at BTIG. 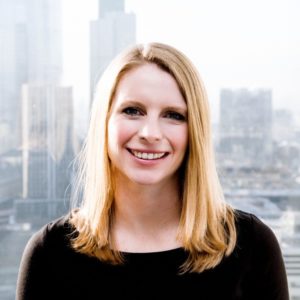 Liquidnet, the global institutional investment network, announced today the appointment of Vicky Sanders as Global Head of Investment Analytics. In this newly created role, Sanders will lead the team for the company’s new business vertical, Liquidnet Investment Analytics (IA). She joined Liquidnet through the firm’s acquisition of RSRCHXchange in May 2019. Sanders co-founded RSRCHXchange in 2014, leading it to become one of the first and the most successful firms to use technology to aggregate and build one of the largest marketplaces for institutional research. Prior to founding RSRCHXchange, Sanders was Head of Analytics sales at Marex Spectron, and held roles at both Goldman Sachs and Merrill Lynch. Sanders will be based in London and report directly to Brian Conroy.

TreasurySpring, the London-based financial technology company that enables firms to minimize risk and maximize returns on excess cash balances, reported John Bentley has joined as Head of Sales to lead the firm’s expansion strategy. He joins from HSBC Asset Management, where he was Director of EMEA Institutional Liquidity Sales. Prior to his four-year tenure at HSBC, Bentley spent eight years in senior sales roles at Deutsche Asset and Wealth Management and previously held positions with BlackRock, Goldman Sachs Asset Management and Morgan Stanley Investment Management. 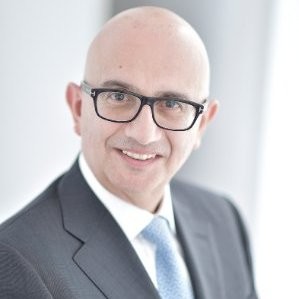 BMLL Technologies, a data engineering and analytics firm, appointed Paul Humphrey as Chief Executive Officer. A senior executive with decades of experience in leading positions across the brokerage, banking, data and exchange world, Humphrey joins BMLL Technologies to drive the scale up of the business and realise the firm’s mission to democratize access to granular market data and analytical products at speed and scale. In 2019 Humphrey established his own consultancy business, advising financial institutions, boards and fintech firms on their corporate and growth strategies. Prior to that he was the Global Head of FICC for Euronext NV and served as interim Chief Executive Officer of Euronext London. Previously, Humphrey was Chief Executive Officer for Electronic Broking & Information at Tullett Prebon and global head of eCommerce for ABN Amro NV.

Schroders has appointed a Deputy Head of Credit for Europe – Julien Houdain –  who has assumed the newly-created role and will be based in London. Houdain will manage the recently launched Schroder ISF[1] Global Credit Income Short Duration fund, and will work alongside the credit team on Schroders’ credit strategy. He joins from Legal & General Investment Management where he was most recently Head of Global Bond Strategies, having joined the asset manager in 2007. He will report into Patrick Vogel, Head of Credit for Europe.

Ghela Boskovich, the economist, fintech expert and diversity champion, has been appointed as the European Chapter Leader at the Financial Data and Technology Association (FDATA). She goes into post with immediate effect and joins fellow chapter leaders at FDATA North America, FDATA Australia/New Zealand and FDATA Asia.

Digital Vega, an FX Options e-trading platform and provider of FX Options trading solutions, named Rob Wemyss as a Non-Executive Director and Head of Business Development, to support its ongoing product development and global expansion strategy. He joins from J.P. Morgan where he was Global Head of FX Options. He worked at J.P. Morgan for 25 years in a variety of roles.

Veyres, currently Head of CIB Global Banking Americas business in New York, was named  Head of the South-East Region for French Retail Banking. He will succeed Anne Pointet on 30 March.

Siepe, a provider of technology, data and analytics, has appointed Brian Shearer as Chief Product Officer. Shearer brings 32 years of experience with financial technology and will be responsible for leading Siepe’s overall product vision. He spent 17 years at Maverick Capital, where he was Chief Information Officer. Before that, he was Chief Product Officer at Wealthmetrics, a financial services startup, and held product Director positions at SS&C Technologies and Shepro Braun Systems, where he was responsible for the Total Return portfolio accounting system.

Old Mission, the Chicago-based, multi-asset market-maker that specializes in trading illiquid ETFs, has  announced it is launching a new customer-facing Institutional Services business.  Until now, Old Mission has traded as a proprietary trading shop on its own behalf, but with this news will offer its quantitative trading services direct to the buyside. To that effect, the firm hired industry veterans Bryan Christian and Harry Whitton.

IHS Markit has recruited pricing and risk management specialist, Mark Findlay, as the Global Head of its Financial Risk Analytics business. With more than 25 years of experience in global markets, consulting and financial risk solutions services, Findlay joins IHS Markit from TLG, a specialist risk management consultancy in London, where he served as a Partner. Previously, Findlay held chief operating officer positions in financial markets trading and quantitative risk management roles at ABN AMRO, UBS, BAML. He was also the capital management programme director of global markets at HSBC.Based in London, Findlay will report to Chief Technology Officer and Chief Data Scientist, Yaacov Mutnikas, and will lead the business.

Singularity Financial Limited, Hong Kong’s financial and technology marketplace, reported that Dr. Mark Chen, former fund manager and research head of alternative investment from Haitong International Asset Management Limited, joined the company as a co-founder and director to lead the company’s green finance and ESG efforts. He has over 20 years of experience in asset management, macro analysis, equity/bond research, and financial reporting. Prior to joining SFL, Chen was managing director for Zhengqi International Asset Management Limited, as well as investment director for Zhengqi (HK) Financial Holdings Limited, a financing platform of China’s leading investment firm Legend Holdings Corporation. Before that, he was a fund manager and head of research of alternative investment for Haitong International Asset Management Limited, a subsidiary of Haitong International Securities Group, the largest mainland-backed stockbroker in Hong Kong by net assets.

Miami International Holdings, the parent holding company of the MIAX Options, MIAX PEARL and MIAX Emerald options exchanges hired Mark Wetjen as Executive Vice President, Futures and Innovative Products and Executive Regulatory Liaison Officer. He will also serve as the Chief Executive Officer of Miami International Futures Exchange, LLC, a wholly owned subsidiary of MIH. Wetjen brings more than 15 years of financial and regulatory experience to MIAX’s senior leadership team. He previously served as a Commissioner and acting Chairman of the Commodity Futures Trading Commission from 2011 – 2015. Most recently, he served as a managing director of the Depository Trust and Clearing Corporation, where he successfully led the company’s global policy advocacy and chaired the board of directors of Deriv/SERV.