BTIG announced that Darren Haines, George Brickfield and Michael Miele have joined the firm within its Fixed Income Credit Group in New York. The due are charged with leveraging their expertise and deep network of relationships to help launch BTIG’s credit platform. Haines joins BTIG as a Managing Director and Co-Head of Fixed Income Credit and lead the expansion of the firm’s high-yield, distressed, leveraged loan and convertible bonds capabilities. He spent over ten years at Jefferies as Head of Domestic Convertible Sales. Earlier in his career, he was a Managing Director within the Credit Sales Group at Miller Tabak Roberts. Haines began his career at JP Morgan. Haines reports to Anton LeRoy, Head of Fixed Income, Currency and Commodities.

Brickfield comes aboard as a Managing Director and Head of Fixed Income Credit Strategy, focused on distressed debt, trade claims and private equity. Prior to BTIG, he was a Managing Director and Head of Distressed-Debt Research and Trade Claims Sourcing at Jefferies. Earlier in his career, Brickfield held a similar role at Barclays. He began his distressed-debt career at UBS.

Both Brickfield and Miele report to Doscher and Haines. 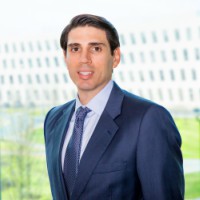 Andrew Harrison joins Silverfleet Capital as Head of Investor Relations. Based in its London office, Harrison came from Credit Suisse where he spent over 12 years, most recently as a member of the firm’s Private Fund Group.

FS Investments, an alternative asset manager, has hired Chris Condelles as Head of Capital Markets and Investor Relations. Condelles will serve as an Executive Vice President based in the firm’s Philadelphia headquarters. In his new role, he will help expand the reach of the firm’s growing suite of investment solutions by overseeing relationships with key stakeholders including institutional investors, banks, rating agencies and the analyst community. Before FS, Condelles spent 11 years with Credit Suisse where he most recently served as Head of U.S. Credit and Financing Solutions, overseeing a team of trading, structuring, credit analyst and sales personnel. In addition to running several businesses at Credit Suisse, Chris was an Executive Committee member and the Global Treasurer of Credit Suisse’s Global Credit Products group.

MTS Markets, part of London Stock Exchange Group, announced that David Parker recently joined the company as U.S. Head of Sales, responsible for relationship management, revenue growth and management of the business development and facilitation teams. Prior to joining MTS, since 2012 Parker served as Head of U.S. Sales for Vega-Chi, which was acquired by Liquidnet in 2014.  Before joining the electronic trading space, Parker worked in cash and derivative sales at Morgan Stanley and Barclays Capital, where he was a top senior producer covering institutional clients for high grade and high yield credit products.  Parker started his career in private equity, and later worked as an analyst at National Economic Research Associates.  Parker graduated from Dartmouth College with a B.A. in Economics and Government.

Droit Financial Technologies appointed Keith Tippell to run Sales and Business Development, among a series of hires planned for early this year. Tippell joins from SWIFT, where he was Managing Director, Head of Securities and FX Markets. Prior to this, he spent eight years at Markit, where he was Managing Director, Product Management and Business Development in the MarkitSERV division.

Academy Securities, a registered broker-dealer certified as a Disabled Veteran Business Enterprise(DVBE) and Minority Business Enterprise (MBE), has hired Steve Kenney and Pierce Derkac for its Structured Products Group. Kenney and Derkac’s areas of concentration will span across multiple asset classes within structured products including RMBS, CMBS, ABS and CDO/CLO securities. Kenney joins Academy as a Senior Vice President, Structured Products after spending nearly four years at CapRok Capital, where he was a senior member of their sales and trading effort within Securitized Products and Special Situations including, CMBS, Non-Agency RMBS, and Esoteric ABS. Derkac also joins Academy as a Senior Vice President, Structured Products from CapRok Capital, where he was in fixed income sales and trading, primarily focusing on Structured Products including CDO/CLO.

RedBlack, a provider of software and services for the global investment management industry, announced the appointment of John Grimaldi as Chief Operating Officer (COO), a new position for the company. Prior to joining RedBlack, Grimaldi worked in executive roles of increasing responsibility at SunGard Data Systems from 2001 to 2016. Most recently, he served as Group President of SunGard, leading the Securities Finance and Processing business unit, a global organization with 850 staff in more than 20 countries. Before that, he was Executive Vice President for SunGard’s North American Securities Processing business and EVP and General Manager for the Securities Finance business unit. Mr. Grimaldi joined SunGard in 2001 as a result of its acquisition of Loanet Holdings.

FlexTrade announced the appointment of Matthew York as Product Owner – Fixed Income. Based in the company’s London office, York will lead product and business development for FlexTrade’s fixed income EMS. York comes to FlexTrade after spending fourteen years building thinkFolio, a cross asset class order management system (OMS), which was acquired by Markit Group in 2013. Previously he worked in various roles within asset management at Investec Asset Management and INVESCO.

Liquidnet has hired industry veteran, Dan Squires, as a sales director focusing on European hedge funds. Squires has over 20 years experience in the industry, doing stints at RBC, Citi, GSA Capital and Merrill Lynch. Squires will report to head of sales at Liquidnet, Tony Booth.

CloudMargin, a vendor of web-based collateral and margin management solutions, reported it hired Filipe Rodriguez as the firm’s new Chief Technology Officer. Based in London, Rodriguez, a 15-year vet, will lead the global technology advances for the FinTech firm. He has worked developing web applications for the London Symphony Orchestra as well as global applications for major corporations including DHL, Bacardi Limited and healthcare pioneer Roche. He reports directly to Steve Husk, CEO of CloudMargin.