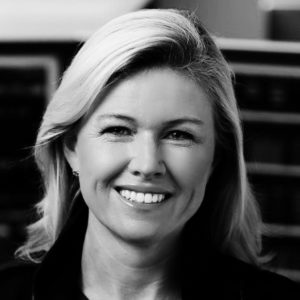 BTIG has appointed Anton LeRoy as President and Jennifer Mermel as Chief Operating Officer. In the newly created role as President of BTIG, LeRoy will help lead the firm’s ongoing expansion and architect company strategy. He has extensive experience across the brokerage business, where he has specialized in equities, fixed income, currency, commodities, technology and operations throughout his career. Prior to being named President, LeRoy was Chief Operating Officer and Head of Fixed Income, Currency and Commodities (FICC) at BTIG. Prior to BTIG, he was a Senior Vice President within Capital Markets at E*TRADE, where he was responsible for the firm’s Global Electronic Trading and Automated Market Making businesses. In 2000, he joined E*Trade as Chief Information Officer within the firm’s Brokerage unit. Previously, Mr. LeRoy was a Director and the Global Head of Prime Brokerage Technology at Deutsche Bank and a Vice President within Emerging Markets at SBC O’Connor.

As Chief Operating Officer, Mermel will provide the leadership and vision necessary to identify and achieve the management team’s roadmap for the future. Prior to her new role, she was the Chief of Staff of BTIG, managing the firm’s Corporate Communications, Human Resources, Administrative and Real Estate teams, and coordinating philanthropic giving. She is a founding member of BTIG.

Confluence announced that Todd Moyer has been promoted to President, where he will be responsible for the company’s overall strategy and execution including operations, product and business development globally. He joined Confluence in 2012 as Senior Vice President of Global Sales. In 2014 he was promoted to Executive Vice President of Global Business Development, leading Confluence’s global growth efforts related to strategic market management, sales strategy and execution. Since 2017, the 20 year professional has been Chief Operating Officer. Prior, he served as Executive Vice President of SunGard’s Wealth Management business.

Macquarie Capital, the corporate advisory, capital markets and principal investment arm of Macquarie Group, hired Chris Rutherford as a Managing Director. Rutherford will cover upstream oil and gas companies and be based in Houston and joined from UBS, where he was a Managing Director in the firm’s Natural Resources group covering upstream oil and gas companies. His experience includes domestic and cross-border M&A, capital raising, structured financings, joint ventures and partnerships for a wide range of clients, including financial sponsors and their portfolio companies.

Bank of America Merrill Lynch has lost Bill Hillegass, its 35-year-old stock-trading star and head of equity derivatives in the Americas to an unnamed buy-side firm. Hillegass joined the broker after leaving Barclays back in 2017. Sources told eFinancialcarreers that he will joining a “top buy-side firm.”

London-based Nick Smith and Kristian Brauten-Smith have left their foreign exchange trading roles at Goldman Sachs to set up SportStack, a sports spread-betting company. Smith began his career as a G10 FX trader at Citi in 2013. He spent almost three years at the bank before moving to Goldman Sachs, according to his LinkedIn profile. He moved up to the position of executive director at the end of 2018, only weeks before leaving to co-found SportStack this month.

One Technologies reported Carlos Medina has joined their team as VP of Strategic Business Development to strengthen the firm’s relationships with credit data bureaus and financial technology firms in order to spearhead growth, with a focus on traffic monetization. Medina previously worked for Experian® for 11 years, most recently as Senior Vice President of Strategy and Growth Operations, where he helped generate revenue growth for the company by cultivating business relationships with industry partners and suppliers. Prior to that, he served as Vice President of Business Development at IBM Global Services, where he managed and supported strategic accounts. Earlier in his career, he was Director of Operations and Client Development at GE Capital Card Services, responsible for acquisitions and operations tied to the firm’s global expansion efforts.

George Monogyios recently moved to 3Red Partners from Tower, joining as a managing partner and Head of Trading. As a Managing Partner, he will be working to develop a cutting edge trading framework and research platform, as well as setting a new direction for the firm, working closely with the existing Partners to grow trading revenues and create new business opportunities. Monogyios has more than 14 years of experience in both futures and equities, having spent 7 years at Tower as a senior quant strategist leading and building their global presence in Equity Dark Pool trading.

Fonetic, a voice processing firm, compliance and surveillance technology, has made two major hires across Europe and North America in response to burgeoning demand for voice surveillance systems.

Thomas Dinneny, former Head of Trade Surveillance at J.P Morgan, will be responsible for driving strategy and new business in the Americas. While industry stalwart Tony Foreman, who has worked for the likes of Progress Apama, will be tasked with deploying his two decades worth of market infrastructure knowledge to grow Fonetic’s global sales efforts.