Cabrera Capital Markets continues to build out its Global Equity product and team and added Tom Cantwell and David Wienke as Vice Presidents, Sales Trading. Cantwell brings over 20 years of sales trading experience to the team, after recently spending  15 years at Cantor Fitzgerald and 5 years at SG Cowen. Wienke, brings his well respected Keystone Charts Daily Game Plan to Cabrera in addition to his 20 plus years of Institutional sales and trading experience.

Jeffrey Wasserman, the ex-head of Goldman Sachs’ private wealth management strats team in EMEA, joined Barclays earlier this month as a director-level quant strategist in FiRM, Barclays’ crucial team understood to be at the heart of the bank’s attempts to raise its return on equity. Wasserman joined Barclays from Deutsche Bank, where he spent just 15 months after leaving GS. Wasserman isn’t the only ex-Goldman strat on the FiRM team: Jan Burgy also joined last year in New York, after nearly 13 years at Goldman. 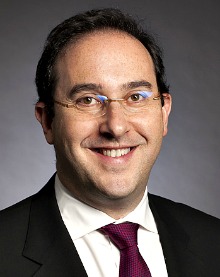 JonesTrading named Timothy Baker as Senior Vice President in its Equity Sales Trading Group. Baker will be responsible for trading and account coverage, with a particular focus on special purpose acquisition companies’ (SPAC’s) and other special trading situations. A 14 year veteran, he was most recently Director at Cowen, which acquired his prior firm, CRT Sterne Agee, where he served as Managing Director, Partner, and Head of Trading. He is a graduate of Ohio Wesleyan University.

Scott Daspin, Director of Institutional Sales at Triad Securities was named a Board Member on the Florida Alternative Investment Association. As a Board member, Daspin is charged with focusing on Blockchain SME and responsible for planning content driven activities for FLAIA hosted conferences and will be organizing its upcoming Artificial Intelligence, Blockchain, and Cryptocurrency Forum.

Morgan Lewis added to its top-tier structured transactions group and added Partners Jeff Weinstein and Patrick Lampe, who will be based in Chicago. Both Weinstein and Lampe are joined in Chicago by Philip Russell, who has been with Morgan Lewis since 2014 and is relocating from the firm’s New York office. . Weinstein and Lampe have worked with a broad assortment of asset classes, among them residential mortgage loans, vehicle and equipment loans and leases, credit card receivables, floorplan loans and trade receivables, and timeshare loans. Russell represents a wide variety of clients, including issuers, underwriters, lenders, borrowers, asset managers, buyers, sellers, and sponsors, in a variety of corporate and structured finance transactions.