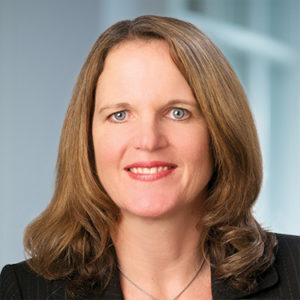 Equities market alumni Jamie Selway, departed Blockchain.com as global head of institutional markets.  The Block has learned. He had joined the firm in August.

LCH, the global clearing house, appointed Corentine Poilvet-Clediere as Head of RepoClear and Collateral Management, LCH SA. Based in Paris, Corentine is responsible for LCH SA’s euro-denominated debt and repo clearing service, RepoClear, as well as the clearing house’s collateral management function. Prior to this role, Corentine was Global Head of Regulatory Strategy at London Stock Exchange Group, where she played a central role engaging on a wide range of strategic policy issues,  particularly in post trade.

RightCapital, a next-generation financial planning firm onboarded Pietro La Greca as vice president of enterprise sales. La Greca will focus on driving enterprise revenue and market share growth. He began his career with EISI, creator of NaviPlan, and remained with the company through its conversion to software-as-a-service (SaaS) and its rebranding as Advicent Solutions. 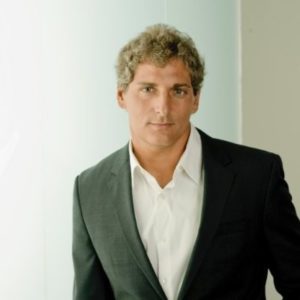 Tier1CRM (“Tier1”), the leading provider of client relationship management software for capital markets, has added entrepreneur and tech veteran Neil Ferris to its Board of Directors. Ferris has over 35 years of experience working with companies in the high technology industry. He was a founding member of Apollo Computer, and Co-Founder and CEO at Fluent, which he led until the Company was acquired by Novell.

Phyto Partners, a Cannabis Investment Fund rated top 5 by Forbes Magazine, announced that Jeff Herzog has joined its Board of Advisors. Herzog, also an investor in the firm’s Phyto II fund, previously worked at ZOG Digital, a leading digital marketing company was acquired by Investis Digital, a London-based corporate communications company in 2017. Prior to ZOG Digital, Herzog was the founder and CEO of iCrossing, a company he built.

Chicago-based R.J. O’Brien & Associates (RJO) reported Patrick Melia has just joined the firm as Senior Vice President, Commodity Sales, in New York. Melia has more than 35 years of experience in energy exploration and in trading, brokering and marketing energy derivatives, including expertise in hedging and risk management strategies. Melia most recently served as Director, Energy Derivatives for Koch Supply & Trading, LP in New York, which he joined in 2005. Prior to that role, he spent several years as Vice President, Energy Derivatives Brokerage for Man Group. Previously, Melia was a Senior Trader in Risk Management at Texaco Oil Trading & Transport in White Plains, New York, and an energy derivatives trader at Global Companies in Waltham, Massachusetts. He reports to Joe Raia, who joined RJO last year as Managing Director, Global Commodity Futures.

Fitch Group, a global leader in financial information services, hired Brian Filanowski as President of Fitch Solutions. Based in Fitch’s New York office, Filanowski joined Fitch in 2014 and has most recently been responsible for Fitch Connect as well as Data Management, all Product and Solutions Development, and Technology across Fitch Solutions. Prior to joining Fitch, Brian Filanowski held senior level roles at Bloomberg, Thomson Reuters, Interactive Data and Six Telekurs.

MUFG Investor Services, the global asset servicing arm of Mitsubishi UFJ Financial Group, has appointed Daniel McNamara as Chief Strategy Officer to support and shape MUFG Investor Services’ long-term growth plan. McNamara, a 20-year vet, will have oversight of the six lines of business within MUFG Investor Services, focusing on the use of capital and resources across these business lines, overseeing the delivery of new client solutions, and developing a set of standards and best practices. He joins from Deutsche Bank AG, where he held several positions over the last nine years. Most recently, he was a Digital Business Development Officer & General Manager for Deutsche Bank’s payments business and was responsible for leading the development, implementation and commercialisation of financial technology opportunities for that business within the Global Transaction Banking division. He brings 20 years of experience in securities services, fund administration and commercial and investment banking.

Reuters reported HSBC has appointed Georges Elhedery as head of global markets, according to an internal memo seen by the media outlet. He takes over from interim head Thierry Roland. Elhedery will relocate to London from Dubai to take up the role, effective from March 15, the memo said.

GPP, the prime broking, investor services and wealth solutions firm, has hired James Parker for the position of Chief Risk Officer (CRO). Parker takes the newly-created role after over five years at Société Générale as European Head of Risk Management. Prior to this, he was Head of Clearing at J.P. Morgan and Executive Director of Valuations and Model Control Oversight at Lehman Brothers.