Liquidnet has appointed Timothy Gee as Head of the Western Sales Team. Gee will be based in San Francisco and oversee a team based in Chicago, Los Angeles and San Francisco. Gee brings over 30 years of industry experience, most recently serving as Managing Director and Head of Distribution at Instinet, where he focused on developing and implementing various client coverage and execution solutions. 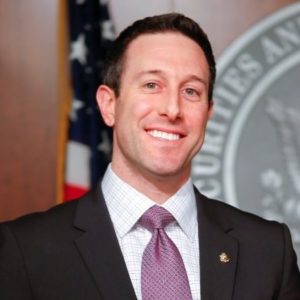 Ryan VanGrack, who was an adviser to former SEC Chair Mary Jo White and the agency’s enforcement chiefs, joins Citadel’s hedge fund unit as deputy general counsel. VanGrack will work with the former head of the SEC’s Chicago office, David Glockner, who started in December as chief compliance officer.

Algorithmic trader HC Technologies LLC promoted Jessica Sohl to president, adding her to the short list of women who’ve ascended to the top of an electronic trading firm. Sohl, who became general counsel in 2014, will now oversee day-to-day operations at the company, according to a statement Monday. She has a law degree from the Loyola University Chicago School of Law and previously worked for the state of Illinois and Chicago trading powerhouse Jump Trading LLC, according to her LinkedIn page.

The firm also brought on Giovanni Pillitteri, who will focus on expanding the firm’s foreign exchange business. Pillitteri was recently Global Head of Foreign Exchange Trading at Global Trading Systems (GTS). Prior to GTS, he was the Global Head of FX and Interest Rates Electronic Trading at Morgan Stanley, where he oversaw the electronification and expansion of their franchise.  Previously, he served as Co-Head of FX Automatic Trading at Citigroup, where he was responsible for leading the trading activities, pricing, and risk management of Citigroup’s Foreign Exchange (CitiFX) e-commerce business.

LiquidityBook, a leading Software-as-a-Service (SaaS)-based provider of buy- and sell-side trading solutions, announced the addition of Matthew Howard as Head of Asia-Pacific Client Service. Howard brings nearly 20 years of experience in the trading industry. He joins from Schneider Trading Associates, a leading multi-asset brokerage facilitation firm, where he spent almost 15 years, most recently serving as Chief Operations Officer. In that role he was responsible for a wide variety of mission critical functions, including ensuring that the firm’s trading technology stack met the new MiFID II compliance requirements. He also oversaw Schneider’s selection and deployment of the LiquidityBook OMS.

Barchart, a leading provider of financial market data and technology, announced that Chris Harrison has been named Chief Technology Officer. Harrison will be responsible for the enterprise wide technology offering, including data feeds, digital solutions, APIs and software. Harrison replaces Eero Pikat as CTO, who will continue as President of Barchart, overseeing technology architecture and new technologies/R&D. Harrison is an industry veteran of the FinTech space and has served as a Chief Product Officer and SVP of Engineering for various companies including GlobalView, Drillinginfo and FutureSource. He and his teams have won numerous industry awards including Data House of the Year, #1 Ease of Use System, #1 Preferred System and #1 Ease of Integration with Other Systems.

Cowen Inc. announced that Matthew Ramsay and Krish Sankar have joined the Company’s Technology, Media and Telecom (TMT) equity research team as Managing Directors. Ramsay and Sankar are based in Cowen’s San Francisco office, reporting to Robert Fagin, Director of Research. Ramsay and Sankar will work alongside Cowen Senior Analyst, Karl Ackerman, who will continue to build out Cowen’s insightful coverage of semiconductor and storage stocks.

Prior to joining Cowen, Ramsay worked as an analyst at Canaccord Genuity, where he covered semiconductor stocks. He previously worked as a senior design engineer at AMD and held senior performance engineering roles at Sun Microsystems and Spansion. 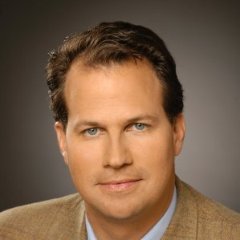 Carl Davey has joined BNP Paribas as head of prime brokerage sales in Asia Pacific. The former Citi and Morgan Stanley executive has worked in the industry for over two decades. His move to BNP Paribas comes amid a major reorganisation of the firm’s global markets business that led to the departure of Matthew Pinnock, head of international prime services sales at the French bank.

SenaHill Partners  a FinTech specialist merchant bank, appointed Richard Korhammer to head its Capital Markets and Exchange business. He was CEO, co-founder and chairman of Lava Trading, where he successfully guided the firm from its inception to its acquisition by Citigroup Inc. where he became MD of Global Electronic Trading for equities. He is also serving as Chairman of the Board of Directors for Yieldbroker Pty Ltd, Australia’s leading regulated exchange for OTC debt and derivative asset classes.