Citadel Securities announced it promoted Jamil Nazarali, who was previously listed as a senior advisor to the firm to the position of Global Head of Business Development. Nazarali replace Remco Lenterman, who will stay for a transition period and then leave, spokeswoman Julia Kosygina confirmed. Prior to Citadel, Nazarali was with KCG and Knight for 11 years, most recently as Senior Managing Director and Head of its Electronic Trading Group.

Also at the firm, Seiichi Matsunaga has transferred from the Tokyo office to head the Japan broker dealer business based in New York City and David Harris has been hired to trade convertible bonds. Both are previously existing roles for the firm, with Matsunaga also reporting to Matthew DeSalvo, Head of Equities and Harris to Daniel Albert, Managing Director, Convertible Bonds.

Mark Bamber, a top options trader at Société Générale, left his job earlier this month after six months at the French bank — part of a larger exodus at the company’s Manhattan office. He arrived at SocGen last November after nearly 12 years at Deutsche Bank, as Managing Director of Program Trading. Bamber’s exit at SocGen comes as about 10 other equity derivatives traders have also left the bank in recent weeks.

Goldman Sachs has hired its first cryptocurrency trader – Justin Schmidt, himself a former trader, to be the first head of digital asset markets in the company’s securities division. Schmidt began his role on April 16. Schmidt was previously senior vice president at quantitative trading firm Seven Eight Capital, and a quant trader at a proprietary firm, according to his LinkedIn profile. 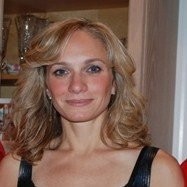 Henry Durrant onboarded at GTX as Director, Liquidity Management. Durrant joined from Bank of Tokyo, Mitsubishi UFJ, where he worked in the electronic FX group. Prior to the bank, he was at Thomson Reuters in hedge fund sales, FXall, and DealHub. He is based in London and reports to Stephen G. Reilly, Global Head of Liquidity, GTX.

Instinet hired Denise Fiacco as an Executive Director in the U.S. Quantitative Trading Strategy Group of the Global Trading Research (GTR) division, based in New York. In this role, Fiacco will focus on trading algorithm research and quantitative client engagement. She comes from Virtu Financial, where she was previously a quantitative researcher. Prior to that, she spent several years at Cantor Fitzgerald, Knight Capital and Citigroup. She has also held similar roles in quantitative strategy and algorithmic trading at Goldman Sachs and Credit Suisse.

The firm also landed William Wiley as an executive director and head of strategy. Wiley was previously COO at KCG Holdings.

Olivetree Financial has made several new hires in its US Event Driven Business with Francesco Sarti and Mike Hamilton joining the firm. Sarti comes onboard as an Event Driven Strategist helping to bolster its current offering. He began his career on the buy side at Saranac Capital and later ran an Event Driven portfolio at RBC Capital Markets. He moved to the sell side in 2008 with notable stops at CRT Group and most recently at RW Pressprich where he was an Event Driven publishing analyst focusing on SPAC’s, spin offs, special situations and merger arbitrage.

Hamilton will begin trading the US Event Driven pad and arrive from Hutchin Hill. While there, he was responsible for trading their merger arb and event driven books. In addition, Hamilton also had trading responsibility for the firm’s healthcare and consumer sector pads as well as for a book focused on SPAC’s.

big xyt, a provider of smart data and analytics, announced the arrival of Mark Montgomery to support  Strategy and Business Development. In this newly created role, Montgomery will focus on ensuring alignment of the business strategy with client needs and expanding the big xyt presence in London. He previously worked at Barclays Capital as Director of Electronic Trading Sales and Alliance Bernstein where he was responsible for establishing a European portfolio and electronic trading desk.