Expansion Capital Group announced the appointment of Brittney Newell to Chief Financial Officer. Newell will oversee the company’s Finance, Accounting, Human Resources, and Underwriting departments. Newell joined the ECG team in early 2015 and has played a critical financial leadership role in the transformation and growth of ECG. 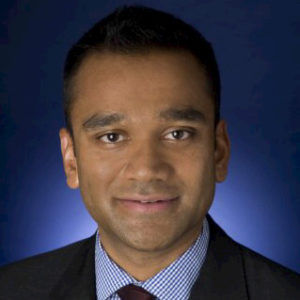 Paresh Shah has joined BNY Mellon Markets as Global Chief Operating Officer in its Foreign Exchange business. Paresh is based in New York, and in his new role as a member of the core FX management team he reports directly into Jason Vitale, Global Head of Foreign Exchange. He onboards from HSBC, where he held the role of COO Americas for FX, Commodities & Corporate Sales.

Paul Hanks, the former Chief Technology Officer and Co-Founder of the UK’s Atom bank, has joined DayTek Capital as a Technology Advisor. A seasoned and respected banking technology heavyweight, Hanks has held a series of high-profile positions, including, interim CIO of Fiserv Agiliti, lead design architect for the front-office separation of Lloyds Banking Group to form TSB, Director within the FSBU at Capgemini, and CTO at Beneficial Bank (now part of HSBC).

Hayley Hughes Morabito was promoted to Vice President. Morabito joined Q Advisors in 2014 and has executed mergers and acquisitions, debt and equity financings and strategic advisory for clients across the telecom, media, and technology (TMT) industries with an emphasis on the cloud communications, managed services, and digital media sectors.

Wes Faulkenberry rose to Senior Associate. Faulkenberry joined Q Advisors in 2018 and has been working with the team on mergers and acquisitions and strategic advisory assignments for Q Advisors’ TMT clients.

Perfect Channel appointed Garry Jones as Chief Executive Officer. Jones was most recently CEO of the London Metal Exchange and Co-Head of markets for HKEX, having previously served as CEO of The London Financial Futures Exchange (Liffe) and Global Head of Derivatives for NYSE Euronext . He was the CEO of BrokerTec Europe and CEO of ICAP Electronic Broking (Europe) and was part of the initial launch team for BrokerTec, the world’s largest OTC electronic trading platform, now part of the CME.

According to the Wall Street Journal, Morgan Stanley executive Rich Portogallo, who helped build the bank’s prime-brokerage business into a Wall Street powerhouse, is retiring after 34 years at the firm, according to an internal memo circulated Wednesday. Portogallo joined Morgan Stanley in 1986 as one of the first employees of the firm’s then-fledgling prime-brokerage business, and over the next two decades helped it become a top competitor, catering to hedge funds and other big trading customers as he rose through the ranks.

Mayer Brown hired James Schell as a partner in its Corporate & Securities practice in New York. Previously, he was a partner at Skadden, serving as the head of that firm’s interdisciplinary private equity funds team in the Investment Management group. Schell has more than 25 years of experience in representing private investment funds, banks, insurance companies, investment banking firms and other financial institutions in a broad range of financing and investment transactions.

Citi has lost Murray Roos, who according to an internal memo seen by Traders Magazine and first reported by The Trade, has opted to leave the firm. Roos, along with Dan Keegan, was Co Head of Equities at the bank. According the memo, “After nearly five years of service, Murray Roos has announced his intention to pursue an opportunity outside of the firm.” Dan Keegan and Okan Pekin will continue to lead the firm’s ESS franchise as co-heads. In addition, Keegan will continue in his role as Head of North American Markets.

Managed Funds Association (MFA), the trade association for the global hedge fund industry, named alternative investments professional Bryan Corbett as its new President and CEO. Corbett succeeds Richard Baker, who has served in the position since 2008. Corbett began his new role on January 21 and will be based in Washington, DC. He  comes to MFA from The Carlyle Group, a global investment firm, where he was a Partner and Managing Director.

KeyBanc Capital Markets landed Tahira Afzal as its new Director of Equity Research. She will oversee the firm’s award-winning Equity Research team and will report directly to KBCM’s Head of Institutional Equities, Kevin Kruszenski. Afzal, a 12-year veteran with KBCM, is based in the firm’s midtown New York office. She joined KBCM in 2007 as a coverage analyst, focused on construction, engineering and infrastructure companies. Prior to this appointment, Afzal served as the Deputy Director of Research and helped to oversee recruiting, development and management of more than 45 associates based in Cleveland, New York and Bangalore.

Related, Nancy Benacci, the former Director of Equity Research for KBCM, retired at the end of the 2019 after more than 30 years of service. 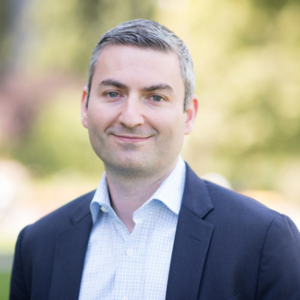 True Wind Capital, a private equity firm focused on technology, today announced the promotions of Sean Giese and Brandon Van Buren to Partner and Aaron Matto to Managing Director. All three have been formally appointed to the firm’s Investment Committee.

Matto joined True Wind in 2015 and currently serves on the Board of True Wind’s portfolio companies, The Switch and Transflo. Prior to joining True Wind, Aaron was at Spectrum Equity where he led growth equity investments within the software, internet and digital media sectors. Prior to joining Spectrum Equity in 2011, Aaron was at Genstar Capital from 2007 to 2009 where he executed leveraged buyout transactions. Aaron began his career in 2005 at UBS Investment Bank in the Mergers & Acquisitions group.

Van Buren joined True Wind in 2017. Prior to joining True Wind, Brandon was at Google Capital, Alphabet’s private investment arm, where he led growth equity investments within the technology, media, and telecommunications sectors. Prior to joining Google, Brandon worked with Clammer and Greene at KKR from 2010 to 2012.