In a memo seen by Traders Magazine, Citi hired Ebrahim Rahbari for its FXLM business as Global Head of FX Analysis and Content and as Citi’s Chief G10 Currency Strategist. He will be responsible for developing and implementing Citi’s FX analysis strategy. He will take over from Tom Fitzpatrick who has been leading these teams in an interim capacity.  Tom will continue to oversee the CitiFX Technicals team and report to Ebrahim.

Ebrahim joined Citi in 2010 and has held senior economics roles within Citi Research in New York and London, most recently as Head of Global Macroeconomics. He holds a PhD in Economics from London Business School and a BA Hons in Economics and Management from Oxford University (Balliol College).  Ebrahim will be based in New York and report to Itay Tuchman. 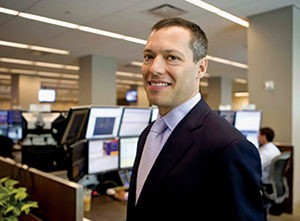 Stacy Bash-Polley, a previous Traders Magazine Wall Street Woman winner (Excellence in Leadership Award in 2011), who has played a key role with clients in Goldman Sachs’ trading business, plans to retire at year-end, according to an internal memo sent on last week. Goldman Sachs trading co-heads Ashok Varadhan, Marty Chavez and Jim Esposito cited Bash-Polley as role model to women at Goldman and in the financial services industry in the memo, which was seen by Reuters. She was a Partner and Co-Head, Fixed Income Sales in the Americas. Bash-Polley began as an associate at Goldman Sachs in 1994, after a stint as an information specialist with Ernst & Young. She has undergraduate and graduate degrees in business, but she also obtained a master’s in information science.

iCapital Network, the financial technology platform democratizing alternative investments for high-net-worth individuals and their advisers, appointed Bob Worthington as Managing Director, Client Solutions.  He joined from Brookfield Asset Management where he was Senior Vice President charged with building out Brookfield’s relationships with RIAs and multi-family offices. Prior to Brookfield, he was President of Hatteras Funds — where he had broad corporate responsibilities including business and product development as well as building and managing sales and investment teams — and a Managing Director at J.P. Morgan Asset Management. He will report to iCapital Co-Founder and Managing Partner, Dan Vene.

TransferTo, the leading global digital value services network, is proud to announce the appointment of two new senior hires to bolster its management team. First, Chris Savides onboards as global Chief Operating Officer and is responsible for identifying new opportunities and growth markets for the company and as well, he will continue to develop the operational efficiency across the business. Second, Kyle Dorcas was hired as EVP, Americas. Savides will be based primarily in Europe and Dorcas will be located in the company’s Miami office.

The European Fund and Asset Management Association (EFAMA) has announced the appointment of Tanguy van de Werve as its new Director General. Van de Werve will take up his position on 1st January 2019. In a career spanning 25 years, Van de Werve has been instrumental in leading and managing successful advocacy campaigns for several high-profile industry bodies. Prior to joining EFAMA, he spent three years as a Managing Director and Head of the Brussels office for the Association for Financial Markets in Europe (AFME.)

Cobalt, the foreign exchange (FX) post-trade processing network, hired FX industry veteran Darren Coote as managing director. Coote has been working with Cobalt since the end of 2017 as a strategic advisor and will now take on responsibility for the day to day management of the company. He brings over 25 years’ experience in FX to Cobalt, including working for Lloyds, and served on a number of FX boards and committees including the Bank of England’s FX Joint Standing Committee and EBS’s executive board prior to the company’s sale to ICAP in 2006.

LCH, the global clearing house, has landed Kate Birchall as its new Head of Asia Pacific, LCH Ltd, effective 15 October 2018.Birchall onboards from National Australia Bank (NAB), where she was most recently Head of Portfolio Optimization and Collateral. Prior to her time At NAB, she was a director at KPMG and has also held various roles at Lloyds, CIBC and ANZ. Based in Sydney, Birchall will report to Martin Pluves, CEO, LCH Ltd.

Integral (www.integral.com) grabbed ex-ION Trading CEO Gavin Bambury as its Chief Technology Officer (CTO). Bambury brings more than two decades of trading and technology experience to his role at Integral. In addition to serving as both CEO and COO at ION Trading, Bambury has also held positions as global head of business re-engineering at Deutsche Bank and CTO of Fixed Income, Currency and Commodities (FICC) at Citigroup.

London Stock Exchange Group named new board members – Marshall Bailey and Ruth Wandhöfer will join the Group Board as Independent Non-Executive Directors. Marshall’s appointment is effective immediately and Ruth will join the Board from 22 October 2018. 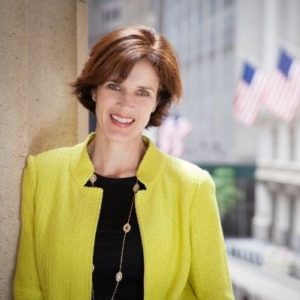 Intercontinental Exchange has named Andrew Surdykowski as the company’s next General Counsel, succeeding Johnathan Short, who intends to retire after 14 years in that role. Surdykowski, currently the company’s Senior Vice President and Associate General Counsel, joined ICE’s legal team in 2005, overseeing a range of matters for Intercontinental Exchange. Prior to ICE, Surdykowski was an attorney with McKenna, Long & Aldridge (now Dentons), practicing in the corporate law group, representing clients on matters regarding securities, mergers and acquisitions, corporate governance, finance, and private equity.

Relatedly, Elizabeth King, General Counsel of the New York Stock Exchange, will add to her role that of ICE’s Chief Regulatory Officer, overseeing the company’s global regulatory and legal affairs initiatives. King joined the NYSE in 2014 from KCG Holdings, Inc., where she served as Deputy General Counsel and Global Head of Regulatory Affairs. Earlier in her career, she served as Associate Director, Division of Trading and Markets at the U.S. Securities and Exchange Commission.

ICE also named Octavia Spencer, a member of ICE’s legal team since 2014, as its  Corporate Secretary. Like Surdykowski, Spencer also worked as an attorney at McKenna, Long & Aldridge earlier in her career, focusing on public company compliance and corporate governance matters, public offerings and private placements, and M&A work. The new roles for Surdykowski, King, and Spencer will take effect during a transition period leading to Short’s retirement in early 2019.