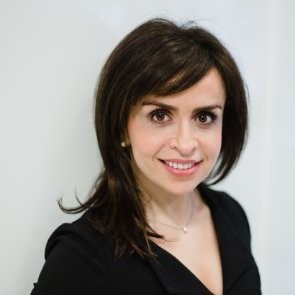 Sayena Mostowfi was hired by Citi as its new Global COO Electronic Equities. Mostowfi is responsible for global electronic cash and derivatives business operations. She comes from Converge where she was Managing Director, Strategic Planning. Prior to that she was head of Head of Equities Research at Tabb Group for three years.

Also, Valery Barrier, currently at Citigroup Inc, and James Fleming, formerly with Bank of America, have both been announced as new co-heads for Citigroup’s EMEA capital markets business.

Morgan Stanley hired Phil Allison, previously of KCG, to lead the automation of its fixed-income business. Allison will head fixed-income automated trading and report to Sam Kellie-Smith, according to a memo sent to staff Monday. He was most recently the chief executive officer of KCG Europe, a high-speed trading business that was acquired last year by Virtu Financial Inc. He was previously the global head of cash equities at UBS Group AG. 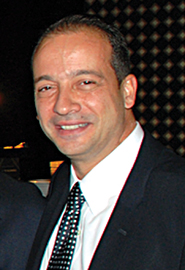 Leucio Iacobelli has a new position at INTL FCStone Inc.. Iacobelli Director – Institutional and Broker Dealer Sales He held a similar role at Arxis Capital group where he worked for the last three years. Prior to that, he was vice president in market making at Merrill Lynch.

WallachBeth Capital has added Dave Mortimer, who will serve as Managing Director of the firm’s investment banking division, focusing on the Financial Services and FinTech sectors. He will be responsible for strategic advisory, capital raising, and financial services strategies. Mortimer brings over 25 years of experience in the industry and was previously a founding member of the advisory practice of SenaHill Partners, and was also the founder and CEO of 3D Markets, Inc., where he developed the world’s first Alternative Trading System (ATS) for institutional options.

Institutional crypto-trading and brokerage firm, CRYPTALGO, has appointed a former global head of eFX trading at Nomura as its chief advisor. Ed Mount joins CRYPTALGO after launching a cloud technology, post-trade services firm, Elysium Technology Group. He has formerly worked in FX trading at Nomura and Royal Bank of Scotland, but now specializes in automated database technologies, including blockchain and its application to FX, futures and crypto trading.

Fenergo is expanding into the asset management sector, with the creation of a new buy side division led by Kevin O’Neill.  Fenergo brings its success in the corporate and institutional banking markets to buy side asset managers who are looking for solutions that enhance their clients’ experience, reduce regulatory risk and increase speed to market.  Mr. O’Neill has more than 25 years in institutional business development.  Previously, he was head of the US Asset Manager segment for Royal Bank of Canada’s Investor Treasury Services.

Academy Securities, a registered broker-dealer, certified Disabled Veteran Business Enterprise (DVBE), and Minority Business Enterprise (MBE), announced that Albert Kirton is joining the firm as a Vice President in the Capital Markets Group. Kirton will be focused on the Utilities sector. Kirton was most recently with Wells Fargo Securities, in their Asset Backed Finance Group, after beginning his career at that firm as an Investment Banking Associate. Prior to working in the financial services industry, Mr. Kirton was an officer in the United States Marine Corps where he deployed twice to Iraq in support of Operation Iraqi Freedom.

Craig Robertson has recently resigned from SocGen where he was Head of Product Management and Head of Listed Derivatives for the Americas, reporting to Antoine Babule. He is set to join Barclays in September in September as US Head of Quantitative Prime Services (QPS).

Algomi has appointed former MarketAxess EMEA COO, Scott Eaton, as CEO, effective immediately. Eaton will focus on the further commercialization of Algomi’s suite of fixed income solutions including its data aggregation and market surveillance tool Algomi ALFA. Before his role at MarketAxess, Eaton was Global Head of Emerging Markets Trading with UniCredit and held a variety of leadership roles in credit trading and structuring at ABN Amro, RBS, Deutsche Bank and UBS.