Cowen has realigned its equity and fixed income groups. Philip Cushman has been named Head of Global Institutional Sales, Cowen and Company, which includes managing both the institutional equity and credit sales teams. Cushman previously served as Managing Director and Head of Equity sales for Cowen. 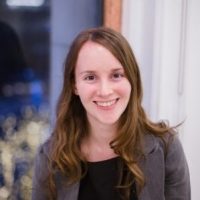 Eric Schlanger, the head of equities for America at Barclays, is understood to be leaving the bank. Schlanger’s departure comes after Barclays hired Stephen Dainton from Credit Suisse as global head of its equities business in August last year. Schlanger was one of the few remaining equities bankers at Barclays who joined when the British bank acquired Lehman Brothers in 2008. Schlanger previously spent six years at Lehman after starting his career as a special agent for the FBI working on international property crime. He moved into finance with the Hull Trading Company in New York and Chicago in 1995.

Siebert Cisneros Shank & Co., a minority- and woman-owned investment bank, has announced that Eloner Habtezghi joined the firm as Managing Director in the Corporate Finance and Capital Markets division, with a focus on energy, power and natural resources, continuing the expansion of one of the company’s strong growth areas. A 20 year professional of the energy industry, she most recently served as a Managing Director at 2020 Global Ventures LLC, she was a strategic corporate finance and M&A advisor for companies and governments in the U.S., Latin America, and Sub-Sahara Africa regions  across the energy, power and agribusiness sectors. She has also done stints at BNP Paribas, KPMG Corporate Finance, Banc of America Securities and JPMorgan.

Manumaleuna has more than two decades of experience in the futures industry, serving in senior roles at Futures Commission Merchants (FCMs) for the past 20 years. He joined RCG in 2015 as Executive Vice President & CFO, after spending more than seven years at R.J. O’Brien & Associates. Joining that firm in 2008 as Controller, he was promoted to Senior Vice President & CFO in 2010. He began his career as an auditor at the Chicago Mercantile Exchange (now CME Group) in 1997. 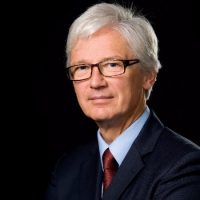 Mackey has more than 25 years of trading, operations and management experience in futures and securities, including 13 years at RCG. He has been serving as Executive Vice President, Strategic Initiatives since 2014, after first joining the firm in 2002 as a fixed income trader. He left RCG in 2012 to serve as Treasurer for Peak6 Advisors, and he returned to the firm in 2014 in his most recent role.

Vincent Kilcoyne will be responsible for the management of all product lifecycles from inception to delivery. He brings over 30 years of industry experience in leading and advising financial and technology organizations. He started his career as an analyst programmer for the Bank of Ireland, before spending a number of years designing and implementing a variety of retail banking, trading and equity settlement systems for Anglo Irish Bankcorp. He has also done stints at Sungard (FIS), Misys (Finastra), Trema (Ion Trading) and SAS.

Christian Schiebl has moved from head of SmartStream’s Corona business to Chief Operating Officer in order to manage global operations and to drive the successful delivery of solutions to clients. Christian brings with him 30 years of experience in the financial information and technology sector. Prior to SmartStream he held various management positions at companies including Digital Equipment Corporation (DEC), Compaq and Management Data.

Bloechle has 20 years of experience designing, developing and delivering technology for financial services. Prior to joining LUX FTS in early 2018, Chris spent 16 years with Point 72 Asset Management/SAC Capital Advisors. Before that, he was the founder and managing partner at a software consultancy for five years.

With Boechle as CTO, Mark Christine will transition into the newly created position of Chief Innovation Officer. He will focus on building out the firm’s R&D department which will deliver innovative new products and features to be deployed across the Transcend platform.