BTIG added Jill Kreutz to its Outsource Trading division in Dallas. Kreutz joins the unit from the firm’s Institutional Equities desk, where she held a senior sales trading role for more than 12 years. She has has spent her entire career supporting the needs of clients in the Dallas market. Prior to her new role, she was dedicated to BTIG’s Institutional Equities business, focused on high-touch execution. Earlier in her career, she held similar OTC Trading and Equity Sales roles at Jefferies.

Credit Suisse has appointed David Miller as a board member and head of investment banking, replacing James Amine, who is taking a newly created role. Miller moves over from serving as Global Head of Credit.

The Financial Conduct Authority has a few new members. Liam Coleman, Alice Maynard CBE and Tommaso Valletti will take up roles as Non-Executive Directors to the board of the FCA. Alice Maynard was jointly appointed by HM Treasury and the Department for Business, Energy and Industrial Strategy. They will each serve 3-year terms that began in November.

Coleman has held senior leadership roles in banking, including as the CEO of the Co-Op Bank. He is currently chair of Great Western Hospitals NHS Trust.

Maynard has wide ranging experience as a non-executive director and advisor across a range of regulated industries. She is currently a Board member at HMRC and Transport for London and previously was chair of the charity Scope.

Valletti is a highly experienced competition and regulatory economist, who has varied experience across academia, multilateral development banks and, most recently, as one of the two most senior competition experts at the European Commission.

The Board of Directors of the Bank for International Settlements (BIS) appointed Benoît Cœuré as Head of the new BIS Innovation Hub. Cœuré will start his new role on January 15, 2020 for a five-year term. Cœuré has since 2013 chaired the Committee on Payments and Market Infrastructures and also led the Group of Seven working group on global stablecoins and co-chairs a related Financial Stability Board working group.

BIS also appointed Jerome Powell, Chair of the Board of Governors of the Federal Reserve System, as Chair of the Global Economy Meeting (GEM) and the Economic Consultative Committee, after consultations with members of the GEM. The GEM and the ECC are among the principal meetings held at the BIS every two months. His appointment begins February 1, 2020 for a three year-term. Powell succeeds Mark Carney, Governor of the Bank of England, who has chaired the two groups since December 2017. The BIS Board also appointed John Williams, President and Chief Executive Officer of the Federal Reserve Bank of New York, as Chair of the BIS Consultative Council for the Americas (CCA), an advisory committee to the Board. 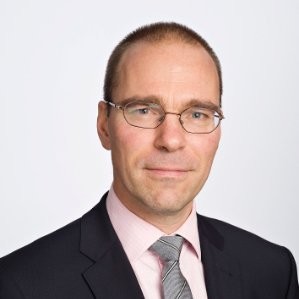 The Board of Directors of SIX has proposed Thomas Wellauer as its new Chairman with effect from March 15, 2020. The formal election will take place at the Extraordinary General Meeting in December 2019. Wellauer will succeed Romeo Lacher, who announced his resignation at the beginning of 2019. Romeo Lacher will remain Chairman until March 2020. Wellauer was Chief Operating Officer and member of the Group Executive Committee of Swiss Re until June 2019. He began his career at McKinsey & Company, where he specialized in the financial services and pharmaceutical sectors, most recently as Senior Partner. In 1997, he became CEO of Winterthur Insurance, which was taken over by Credit Suisse in the same year.

ING has appointed Martijn Bruins as global lead Structured Acquisition Finance, in addition to his current role of head of SAF in London, Originations. Bruins joined ING in Mexico in 1992 and later moved to London, where he held various roles in Debt Capital Markets, including managing the High Yield Capital Markets team for a few years. In 2007, he became head of SAF for Central & Eastern Europe and later also for the UK, Ireland and Scandinavia, managing ING’s leveraged finance transactions in the region. He will report to Vincent Maagdenberg, global head of Lending WB, and will start immediately.

The Executive Board of the ECB appointed Imène Rahmouni-Rousseau to the position of Director General Market Operations (DG-M). Rahmouni-Rousseau will replace Ulrich Bindseil, who took up his new role as Director General Market Infrastructure and Payments on 1 November 2019. She is currently Director of Markets at the Banque de France, a post she has held since 2014. She started her career at the Banque de France in 1999 as an economist. 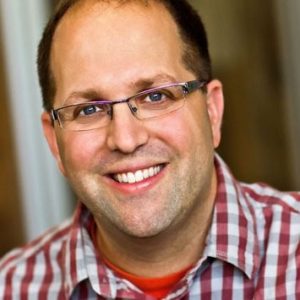 Nexthash Group, the global digital asset group behind the Nexinter Exchange, reported Mark Kelly is its new Special Advisor for UK regulatory matters. Kelly’s 30 years of experience in the City of London encompasses traditional securities regulation, as well as the nascent approaches to crypto-asset regulation being discussed by UK authorities. He has occupied senior audit and compliance positions in traditional investment banks such as Salomon Brothers and Lehman Brothers. He has also filled consulting roles with Price Waterhouse and Grant Thornton and most recently had overall Compliance responsibility for Coinbase in the UK.

Josh Elman, the vice president of product at Robinhood, has left the firm after less than two years on the job, Business Insider reported. Elman joined Robinhood in March 2018 after over eight years at Greylock Partners, where he had most recently served as a general partner at the venture-capital firm.