Credit Suisse has snatched Guy Dunning from Deutsche Bank as its new Head of Sales Trading for Europe, the Middle East and Africa (EMEA), continues growing its equities business. Dunning spent the past 13 years at Deutsche bank where he was most recently co-head of its European high touch cash business, having previously worked at Mirabaud Securities. Dunning is set to join shortly and will be based in London, according to a spokesman for Credit Suisse. The bank also recently landed Mike Di Iorio as head of equities for EMEA and was lured away from Barclays. 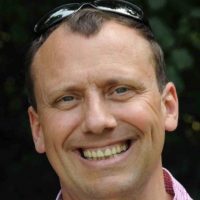 BlueCrest Capital Management hired senior equity derivatives trader Imran Lakha from Citigroup to work in its London office. Lakha has spent the past four years as a senior index options trader at Citigroup, joined BlueCrest as a partner and portfolio manager in late November, according to regulatory filings. Lakha also is the former head of European index flow options trading at Bank of America Merrill Lynch. He left BAML in September 2011 and re-emerged 18 months later at Citigroup as a senior index options trader.

DTCC announced the appointment of Olivier Grimonpont as CEO of GlobalCollateral, the joint venture of Euroclear and The Depository Trust & Clearing Company. Succeeded by Michael Shipton, Grimonpont will assume his role as CEO starting the first of the year. The organization also announced the appointment of Murray Pozmanter to its board. Pozmanter is currently Managing director, Head of Clearing Agency Services at DTCC.

OpenDoor Securities has appointed Hicham Hajhamou, formerly Head of Rates and FX Trading at quantitative hedge fund AQR Capital Management, as a Managing Director, responsible for overseeing OpenDoor’s Treasury Inflation Protected Securities (TIPS) business. Hajhamou started his career at Lehman Brothers where he spent over six years as the VP of Rates and Mortgage Trading. He then traded rates at BNP Paribas and Pierpont Securities for six years, before joining AQR. He is a global macro and market structure specialist with experience in both OTC and e-trading, discretionary and systematic strategies. In his new role, Hicham will report directly to President & CEO, Susan Estes.

OpenDoor also recently appointed Liz Hogan as Managing Director. Before joining OpenDoor, Hogan  spent 25 years at Sociate Generale, most recently as Deputy Head of Global Markets where she spent time managing the bank’s fixed income, currencies and commodities business. She has over 30 years of global trading experience and will be responsible for expanding OpenDoor’s client base.

Tesi began his career in operations at proprietary trading firm Manro Haydan Trading, ultimately running the operations department for the firm focused on metals at the London Metal Exchange as well as interest rate trading. Marnane was at Sanwa Bank, where Manro Haydan was a client. Ultimately, they worked together at Manro Haydan and officially began operating as a team in 2001.

Also joining with the team are their long-time colleagues Jake Omer and Stuart Manley.

Estimize hired Jeffrey Geisenheimer as the firm’s first Chief Financial and Operating Officer. In this role he will oversee the expansion of the sales and sales engineering process along with operations and finance. He will also be managing recently signed third party redistribution partnerships which will expand the reach of the Estimize data set into a broader set of institutions. Geisenheimer has served as an advisor and Estimize Board member since July 2016. Over the course of his career he’s held the role of Chief Financial Officer at various companies such as Multex, Moneyline Telerate, Ford Models and most recently Coleman Research Group.

Investment advisor RAA onboarded Gary Peterson as Vice President, Financial Consultant. In this role, Peterson will focus on providing personalized financial advice and his expertise in airline and military benefits, and recommending strategies to assist clients in achieving their financial goals. Prior to joining RAA, Peterson served as a Financial Advisor at Waddell & Reed and has been an active investor in the financial markets for over 30 years. Peterson will be headquartered in Seattle, adding to RAA’s presence in the Pacific Northwest.