TRADING UP: Daly to BTIG; Reorg at Credit Suisse

Ted Eliopoulos, chief investment officer of the California Public Employees’ Retirement System, will leave the post by the end of the year due to family commitments. Eliopoulos made a number of investment policy changes since his tenure began in 2014, growing the system’s assets to more than $355 billion from around $300 billion. 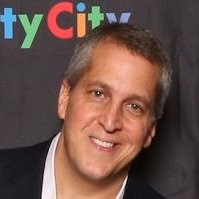 Credit Suisse is reorganizing its execution services business to better compete with the likes of Virtu and Citadel Securities. The Swiss bank named electronic trading veteran Anthony Abenante to a new role heading global execution services within its equities unit, according to an internal memo seen by Business Insider. The position will bring together the high touch, program trading and electronic trading groups under a single umbrella, as they were previously run separately. Abenante will report to Mike Stewart, who joined Credit Suisse in 2017 from UBS to head up equities.

BTIG reported Brendan Daly has joined the firm as a Director within the Foreign Exchange Trading division. Daly will focus on expanding existing BTIG relationships. Prior to BTIG, he was a Director at Newedge for nearly a decade. Previously, he was a Proprietary Trader at Société Générale and Gelber Securities. Earlier in his career, he held similar roles at Calyon Corporate and Investment Bank, and Credit Lyonnais. Based in New York, he will report into Alan Circle and Martin Ferraro, Managing Directors and Co-Heads of Foreign Exchange Trading at BTIG.

ED&F Man Capital Markets has announced that Rob Branthover has been appointed as Director of the Fixed Income Sales team in New York. With 31 years of experience, he spent 14 years at Mortgage Industry Advisory Corp (MIAC) as the Managing Director of their Secondary Solutions Risk Management and Trading Group. His previous roles included working at Lehman Brothers in a sales role covering community banks as well as JPM Chase Mortgage in Secondary Marketing and Treasury & Asset/Liability Management.

Jean Desgagné, President and CEO, TMX Global Solutions, Insights and Analytics Strategies (GSIA) has left the company to pursue new career opportunities. Desgagné’s former position will not be replaced, as members of TMX’s leadership team will take on his areas of responsibility along with expanded mandates. 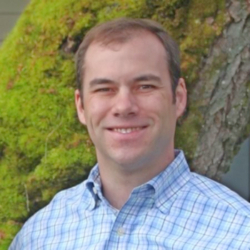 Themis Trading named Tyler Platte as its new Head of Sales. Platte has been a buy-side trader nearly his entire career in the equity markets. He has worked at Scudder Stevens & Clark, Westpeak Global Advisors, and most recently (for the last decade) at Rainier Investment Management where he served most recently as its Director of Global Trading. At Rainier, Tyler developed best fit customized TCA utilizing time stamp and order size information from both OMS and EMS to provide execution venue and broker analysis. He also developed customized DMA order routing and strategies utilizing specific order types, parameters and exchange routing while opting out of various execution venues providing optimal execution, transparency, and control.

Barclays has appointed a new global head of exotics and head of derivatives trading for emerging market economies within its equities trading business. Neil Staff is returning to Barclays after working there from 1997 for almost 16 years within the investment bank’s equity derivatives business. He now joins from Credit Suisse where he worked as head of equity exotics trading for London and the US for three years.

FIS Group, a manager of U.S. and global developed, emerging and frontier markets equity portfolio strategies, announced Robert Morier has joined the firm as a senior vice president of sales and marketing. Morier joins FIS Group from Global Evolution USA, where as managing director he directed the launch of its emerging and frontier sovereign debt strategies for North American institutions. He held previous directorships overseeing institutional investments at ClearBridge Investments, Indus Capital and Artio Global Investors. He also served as a vice president of institutional relationship management at Goldman Sachs. He will report directly to Tina Byles Williams, CEO and CIO of FIS Group.

Deutsche Bank AG named a new head of fixed income, promoting credit-trading executive Ioannis “John” Pipilis to oversee the business that historically has dominated the lender’s giant trading operations, according to a memo sent to employees. The 41 year-old Piplis, replaces Ram Nayak, who has overseen the fixed-income business since late 2015, according to the memo, signed by investment-banking chief Garth Ritchie. A Deutsche Bank spokesman confirmed the memo’s contents. Nayak is moving into a new senior role under Mr. Ritchie, whose responsibilities encompass the trading and capital-markets businesses, deal advisory and transaction banking.

Cboe Global Markets expanded its Market Data Services team with two key appointments in its London office. Richard Barden has been appointed as Director, Market Data Sales and Stephen Dorrian has been appointed Director, European Market Data. Barden is responsible for the expansion and distribution of Cboe’s Market Data offerings throughout Europe and the Middle East. Dorrian is responsible for the commercial management of Cboe’s European Equities market data business globally, including sales and policy.

Barden brings more than 20 years of experience in market data sales to Cboe. Barden joined Cboe from Morningstar, where he worked for the past 14 years helping expand the Morningstar customer base. He also worked at Thomson Financial. Mr. Barden reports to Drew Carey.

Prior to joining Cboe Europe, Dorrian held market data manager positions at the Chicago Mercantile Exchange (CME) and London Metal Exchange (LME) focusing on data policy and licensing. He also worked at CMC Markets where he managed licensing and exchange relationships, as well as NYSE Technologies working as a business analyst for the consolidated data feed business. Dorrian reports to Shaun Baskett, Director of Index Sales at Cboe Europe.