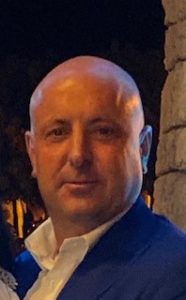 Data and transaction cost analysis provider big xyt has confirmed Societe Generale veteran Richard Hills has joined its executive team as head of client engagement. Hills has spent the past 18 years with Societe Generale, where he launched the investment bank’s equities electronic trading business. He most recently worked as global co-head of cash equities execution, encompassing electronic, program and high touch execution. As head of client engagement at big xyt, Hills has been tasked with driving innovation through the firm’s partnership engagement model and raising client awareness of big xyt products and services.

Hazeltree, a provider of integrated treasury and portfolio finance solutions, snagged industry veteran, Marshall Saffer, as Vice President and Head of Americas Sales, to support the firm’s expansion plans post the acquisition of ENSO Financial Analytics. Saffer comes to Hazeltree with over 25 years of experience in the alternative software industry across a variety of functions, from sales and business development to professional services. Prior to joining Hazeltree, he held senior management positions at several industry service providers, including MIK Fund Solutions, Viteos Fund Services, and Financial Models, which was acquired by SS&C Technologies.

ING plans to nominate at its Annual General Meeting Juan Colombás, Herman Hulst and Harold Naus to the Supervisory Board. The proposed appointments are part of the proxy materials for ING’s 2020 AGM on 28 April 2020. Colombás currently is chief operating officer of Lloyds Banking Group, from which he will retire in July 2020. From 2011-2017 he served as chief risk officer of Lloyds Banking Group, joining the Board in 2013. From 1986-2010 he served in various senior risk, control and business management functions at Santander, including chief risk officer at Santander UK.

Herman Hulst was an accountant at EY from 1973-2016. During this period, he served at EY and predecessor firms in various professional roles with a focus on the financial services sector. He was a member of EY’s Global Financial Services Executive Committee from 1992-2000, Country Managing Partner for the Netherlands from 2004-2006. From 2004-2009 he was a member of EY’s Global Executive leadership team. Lastly, he served as Global Vice Chair Japan and member of Global Practice Group from 2009 until his retirement.

Upon decision by the AGM, the appointments of Herman Hulst and Harold Naus will be effective as of the end of the AGM on 28 April 2020 and the appointment of Juan Colombás as of 1 October 2020. 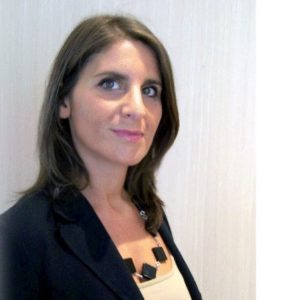 CloudMargin, a creator of collateral and margin management solution native to the cloud, appointed Miriam Marascio as Head of Client Services for the London-based global firm. Marascio has spent the past 14 years in Client Services roles at Clearstream Banking S.A., a leading European-based supplier of post-trade infrastructure services with assets under custody of approximately €14 trillion. She reports to CEO Stuart Connolly,