Federated Hermes hired two for its equity investment teams – impact investing specialist Ingrid Kukuljan has joined as Head of Impact Investing and Caroline Cantor, CFA, as Investment Director. Based in London, Kukuljan will lead the Impact Opportunities team while Martin Todd, European Equities Portfolio Manager, and Mark Sherlock, Head of US Equities, will continue to co-manage the Hermes Impact Opportunities Fund. She reports to Eoin Murray, Head of Investment.

Cantor will support Kukuljan as a client-facing representative for the Hermes Impact Opportunities Fund. She joined Hermes from Columbia Threadneedle Investments where she was the Client Portfolio Manager for UK Equities from 2015. She previously spent six years at Threadneedle Investments, most recently as Project Analyst and completed an internship and work experience with Welbeck Wealth Management and Mirabaud Securities LLP. 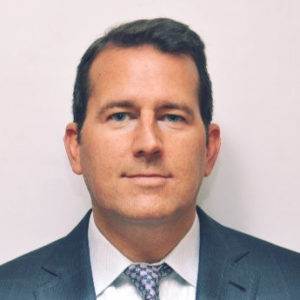 BTIG has landed Nandana Shenoy, CFA, and Scott Wilson for its credit group. Both Shenoy and Wilson are based out of BTIG’s New York office. In her role with the firm, Shenoy will focus on producing European and U.S. financials credit strategy and commentary for clients. Wilson, who joined BTIG several months ago as a senior Financials Credit Trader, is focused on developing BTIG’s financials credit execution business worldwide.

Shenoy joins BTIG as a Managing Director, and spent nearly a decade in London, where she was a Portfolio Manager within Principal Credit at RBC and a Desk Strategist at Deutsche Bank. She began her career as an Investment Banker at Merrill Lynch in New York.

Wilson is also a Managing Director at BTIG. Prior to joining the firm, he spent a decade in London as well, where he was a Portfolio Manager at LMR Partners and BTG Pactual. Earlier in his career, he was the Head of Financials Credit Research at UBS, where he held a number of roles.

Broadridge Financial Solutions announced that its Board of Directors has appointed Chris Perry as President of Broadridge Financial Solutions, Inc., effective March 2, 2020. Perry is assuming the title of President from Broadridge’s Chief Executive Officer Tim Gokey, who remains Chief Executive Officer. Prior to joining Broadridge, Perry held numerous leadership roles at Thomson Reuters, and its predecessor, Thomson Financial. He currently serves on the Board of Directors of the Financial Services Institute (FSI).

SteelEye, the compliance technology and data analytics firm, has appointed Rob Bernstein as its new Chief Financial Officer. He was most recently CFO at RegTek Solutions, which was acquired by Bloomberg in August 2019, and prior to that CFO at TIM Group. He reports directly into SteelEye’s CEO, Matt Smith.

OSTC, the leading, global derivatives trading and education business, named Ian Cohen as Chief Operating Officer and Deputy CEO. Cohen joined from HSBC where for the last 5-years he has been Managing Director, Global Head Market Structure and Execution Strategy at HSBC Global Asset Management.  Prior to this he was Global Chief Strategy Officer and COO of HSBC Equities, where he was based in London and Hong Kong.

THETA, the specialist provider of buy-side trading technology as a service, has appointed Peter Meddemmen as its Chief Technology Officer. He has more than 30 years of experience in Capital Markets managing technology for multi-asset solutions across the full order-execution life cycle, including front to back workflows, risk, security, legal and regulatory framework. Meddenmmen onboarded from Bloomberg, where he held several senior positions in the Trading Solutions team since 2007. Previously, he held CTO positions at City Index and GL Trade (acquired by Sungard in 2009). Earlier in his career,

Transcend, a provider of real-time collateral and liquidity optimization technology, has hired Lis Hadingham to join its sales team, led by BJ Marcoullier. Hadingham brings more than 20 years of experience in the securities finance industry, with extensive background in collateral management and financial technology sales. Before joining Transcend, Hadingham was Managing Director and non-executive board member at CloudMargin where she launched and led the firm’s sales and business development initiatives in the Americas. Prior to CloudMargin, Hadingham held senior roles at FIS (formerly Sungard) selling collateral management and securities finance software solutions, and at Citibank’s Capital Markets group focusing on equity finance sales for repo and securities lending. Prior to Citibank, Lis spent 14 years at J.P. Morgan Chase, initially in London and then New York, successfully helping expand the bank’s collateral solutions. 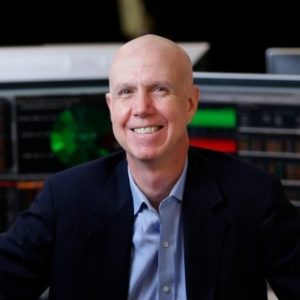 Celadon Financial Group, a boutique broker-dealer providing trade execution and related securities services to institutional customers, snagged Kerry Langston as Managing Director, supporting the company’s prime brokerage and trade execution capabilities. Most recently, Langston handled microcap, distressed and special situation trading as a Managing Director with BTIG. Prior to that, he  specialized in small-caps for a division of RBC Financial. He has also worked for such Wall Street firms as Goldman Sachs and Spear, Leeds & Kellogg Capital Markets.

The FICC Markets Standards Board (FMSB), a standard setting body for the global wholesale fixed income, currencies and commodities (FICC) markets, appointed Chris Rich as General Counsel. He will join FMSB on 1 April 2020 from Linklaters, where he is a Managing Associate in the Financial Regulation Group. He is currently on secondment with FMSB and will therefore transfer over full-time in April. Rich also worked with a wide range of financial services clients including secondments to RBS, Deutsche Bank and BNP Paribas.

Analyst Hub added Corey McBride as the firm’s new Chief Compliance Officer. McBride was most recently as Head of European Compliance for Point72 Asset Management and has more than 15 years of experience in the financial services industry overall. He will also lead all regulatory reporting, risk identification and expansion to new regions.

Vela, a leading independent provider of trading and market access technology announced in London, Cedric Rondeaux joined from ICE Data Services as Product Manager, reporting to the Chief Product Officer, Ollie Cadman. As a subject matter expert, Rondeaux will work as part of the global Product Management team, responsible for setting the product strategy and managing the roadmap for Vela’s market data business. Rondeaux will drive Vela’s response to key client, market and regulatory trends impacting the industry as a whole by identifying opportunities to expand the product set.

The FCA grabbed Sheldon Mills as its new Interim Chief Executive. He will become a member of the FCA’s Executive Committee. Sheldon joined the FCA in September 2018 from the Competition and Markets Authority, where he served as a Senior Director for Mergers and State Aid.

Backbase, a digital banking platform provider, announced Thomas Fuss as its new Chief Technology Officer. Prior to joining Backbase, Fuss honed his skills and experience in software engineering and digital transformation at ING Bank, and by co-founding Payconiq, the payment platform. Formerly Backbase’s VP of Technology, Thomas has been the driving force behind numerous digital transformation programs and strategic product development initiatives inside Backbase.

The Bank for International Settlements (BIS) named two to its BIS Innovation Hub initiative. Andrew McCormack, Chief Information Officer at Payments Canada, will head the BIS Innovation Hub Centre in Singapore. Morten Bech, Head of Secretariat for the Committee on Payments and Market Infrastructures (CPMI), will head the Hub Centre in Switzerland. Both will start their new roles in April for three-year terms.

True Wind Capital, a leading private equity firm focused on investments in targeted segments of technology, hired John Gray as Vice President. Prior to joining True Wind, Gray was Vice President at Audax Private Equity, where he led investments within the healthcare and consumer products sectors; he began his career as an analyst with Audax in 2013.