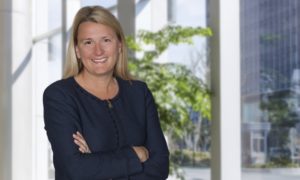 Exchange operator Nasdaq announced that Lauren Dillard, most recently Head of Investment Solutions at The Carlyle Group, will join as its new Head of Global Information Services (GIS). As announced separately, Bjørn Sibbern, former Executive Vice President for Global Information Services, will assume a newly established role as President, European Markets, based in Stockholm. Dillard will be based in New York City and will begin her role at Nasdaq on June 17. She most recently served as Head of the Investment Solutions unit at The Carlyle Group, where she managed more than $40 billion in assets and 200 professionals across offices in six countries. 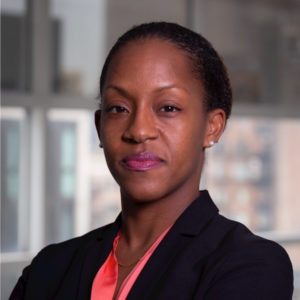 DTCC elected three new members to its Board of Directors during the firm’s Annual Shareholders Meeting. The new directors are Kieran Hanrahan from J.P. Morgan Chase’s Corporate and Investment Bank, Graeme McEvoy from Morgan Stanley, and Joseph Noto from Barclays.

Northern Trust hired Ernesto Arteta as its new Head of Foreign Exchange Sales, Americas. Arteta has more than 25 years of experience in sales, trading, structuring and portfolio management of fixed income and foreign exchange cash and derivatives. Based in Chicago, he will lead a team of sales managers located in the Americas.

BTIG hired Shingo Yatsui as a Managing Director and Head of Cross-Border Mergers and Acquisitions within its Investment Banking division. Yatsui will be based in San Francisco and will spend significant time in the Asia Pacific region. Prior to BTIG, Mr. Yatsui was a Director within the Industrials, Electronics and Semiconductors Investment Banking teams at GCA, where he focused on buy-side M&A opportunities for large-cap Asian strategic buyers and sell-side M&A activity and capital raises for U.S. companies looking to secure Asian investors. Earlier in his career, he was Vice President of Investments and a member of the Technology, Media and Telecommunications team at ITX, a subsidiary of Sojitz Corporation. He will report into JT Herman, Managing Director and Head of Mergers and Acquisitionsat BTIG.

Gibraltar Blockchain Exchange (GBX), an institutional-grade, regulated and insured token sale platform and digital asset exchange, has announced that Kurt Looyens, former Country Executive for ABN AMRO Bank Spain, has been appointed as CEO. He takes over from Nick Cowan, who will now work exclusively as CEO of the Gibraltar Stock Exchange (GSX) and the GSX Group. Looyens joined the GBX in July 2018 as Head of Business Development.

trueDigital Holdings, LLC, a financial infrastructure technologies and products provider for the digital economy, appointed Michel Finzi as Chief Commercial Officer. Additionally, the company has named Susan Gammage and Josh Gibson Directors of Institutional Sales. Finzi, Gammage and Gibson all hail from senior executive roles within esteemed financial services and technology firms. Finzi spent five years as the Head of Global Sales and Marketing at the financial technology firm RealTick, which was acquired by Barclays. Prior to that, he served as a Managing Director and SVP at Instinet for 15 years.

Gammage joins trueDigital with over 25 years of experience in leading sales teams for FX, equity and fixed income products. Most recently, Gammage was the Head of Americas Transaction Sales at Thomson Reuters, overseeing the regional growth of the company’s FX and ETI Transactions Sales business. Previously a Managing Director and Global Head of G10 FX eCommerce Sales at Citi, she has extensive knowledge of electronic trading and trading technology. Gammage is a former member of the Foreign Exchange Committee of the Federal Reserve and the Canadian Foreign Exchange Committee.

Gibson was a Vice President for Institutional FX Sales at Citi; he also spent six years on the FX and derivatives sales desks at Westpac Bank, serving institutions and corporate clients. Additionally, he was a partner at Blue Node Capital, an investment firm focused on blockchain startups. Gibson is well versed in cryptocurrencies and blockchain technology, having been professionally and recreationally active in both spaces for over five years.

Luma Financial Technologies’ Stephen Bodurtha, an investment product pioneer and co-inventor of the Select Sector SPDRs ETFs, has joined the firm’s Board of Directors. Bodurtha spent almost three decades at both Merrill Lynch and Citibank. More specifically, he was the head of Citi Private Bank’s investment business in North America and earlier, was co-head of the investments, wealth management and insurance organization, as well as the retirement business, at Bank of America Merrill Lynch. He was also appointed Vice Chairman of Merrill Lynch Global Wealth Management. 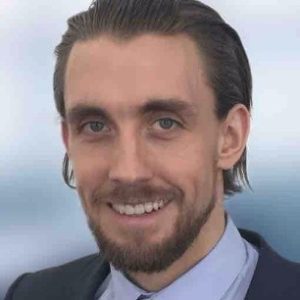 Crypto pro Chris Tyrer, formerly of Barclays, landed a new job at Fidelity Investments after finishing his gardening leave. Tyrer joined Fidelity as head of digital assets, according to his LinkedIn profile. Tyrer, who began his career as a commodities trader, and was head of commodities trading at Barclays until December 2017, was tasked with gauging clients’ interest in a crytpo currency trading desk at the bank.

JonesTrading Institutional Services named Brian Cilento as a new Product Sales Specialist. Cilento joins the firm from the buyside, where he had a series of successful positions of increased responsibility during his career. As Product Sales Specialist he will assist in selling JonesTrading’s multiple product lines (options, outsourced trading, prime brokerage, equity block trading, etc. Cilento brings over 20 years of buyside trading experience and relationships.  Most recently he served as Head of Trading at Falcon Edge Capital. He was responsible for global execution for all products including equity, forex, credit, derivatives, and rates. He also collaborated with the portfolio managers to derive portfolio and currency hedging strategies. Previously he held senior trading positions at Iridian Asset Management, Accipiter Capital, George Weiss, Pequot Capital, and Dawson Samberg.