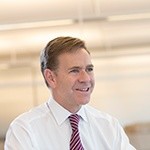 Goldman Sachs Group’s asset management unit has named Raanan Agus and Mike Brandmeyer co-heads of alternative investments and manager selection, in a reshuffling of leadership tied to the creation of a separate group targeting private markets. Goldman partners Agus and Brandmeyer are replacing Chris Kojima, who will now co-lead the newly formed alternatives capital markets and strategy group inside the merchant banking division, according to internal memos circulated recently.

Dimensional Fund Advisors LP has named Lisa Dallmer its new Chief Operating Officer. She will serve on the Executive Committee and partner with senior leaders of the corporate, sales and marketing, and investment teams to develop and implement operational strategies that improve standards, drive efficiency, and enhance business capabilities. Dallmer brings to the role two decades of senior leadership experience in global financial operations. She has served as COO of Global Technology and Operations for BlackRock in New York, COO of European Markets for NYSE Euronext in Paris, and Vice President of tech startup Archipelago, which was acquired by the New York Stock Exchange. Most recently, she has served as a strategic advisor to CEOs on fintech solutions.

Industry veteran and renowned equities trading figure, Richard Semark, has left his role as head of UBS MTF after almost 16 years at the bank, The Trade reported. Semark changed his occupation on his LinkedIn profile to ‘reflecting’, signing off from his long UBS tenure in December. Along with running the bank’s trading facility, Semark was also head of client execution strategy. Semark took the helm at UBS MTF in 2013, succeeding Robert Barnes.

UnaVista appoints Matthew Vincent Director of Regulatory Reporting Strategy. In his new role, Vincent will help drive innovation in regulatory analytics. He joins from Credit Suisse where he spent 5 years as Head of MiFID Regulatory Reporting and acted as Chair of the UK Finance Transaction Reporting Policy Group. Vincent brings over 20 years’ experience working in a variety of front office, operations, compliance and IT roles for a number of Tier 1 Investment Banks.

Geffrey Gioia has landed a new gig at in Portfolio Advisory Services at Fidelity Investments. He came from Merrill Lynch where a did a brief stint as a Financial Advisor in the Ohio area. Earlier, he spent almost six years as a Managing Director in Institutional Equity Sales Trading at Northcoast Research. 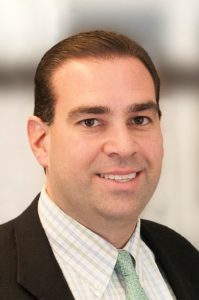 Joseph Cammarata, formerly of TZERO, has landed the CEO job at Investview, Inc. The 27 year veteran previously was CEO at TZERO for two and a half years and before that was the CEO for Speedroute for seven years. Earlier in his career he was a trader at Datek Securities.

Northern Trust has made two senior appointments to the sales team within the global foreign exchange solutions division to drive growth of its platform in the US. David Byne and William Hartnett have been appointed senior business development executives, tasked with driving sales across the business in North America, including in algorithmic trading, outsourced dealing and currency management.

State Street Corporation announced that it has appointed Brian Franz to chief information officer (CIO).  Franz, who joins the Company in January 2020, will report to Chief Operating Officer, Lou Maiuri and become a member of State Street’s Management Committee, its senior-most strategy and policy making group.

Franz comes to State Street from Diageo PLC, a publicly traded multinational company, where he most recently served as chief productivity officer leading information technology, enterprise operations and business service functions across the company.  Franz joined Diageo in 2008 as global chief information officer having served as CIO for PepsiCo International and in a number of technology leadership roles at global companies including GE (and GE Capital) and AT&T.

OANDA hired Greg Niebank as its new Head of Product. Based in London, he will be responsible for introducing additional trading instruments, client-focused partnerships and platform enhancements. A 21-year veteran in the electronic trading industry, Niebank has spent his entire career with CMC Markets, having joined the firm as a junior dealer back in 1997 and progressing through the ranks to Group Head of Product.

Blockchain technology platform for the precious metals mining industry, Karuschain, announced recently that Herbert R. Sim, commonly known as “The Bitcoin Man”, will be joining its team as an investor and advisor. Sim was formerly Chief Marketing Officer at Cryptology.com; Global Operations Director at Huobi; and contributing writer to Forbes and Huffington Post.

Chris Corrado, Chief Information Officer (CIO) and Chief Operating Officer (COO), LSEG has informed the Group of his intention to leave the Group to pursue other professional opportunities. Chris will leave LSEG at the end of the first quarter 2020.

Anthony McCarthy, CIO, LCH will assume the role of CIO, LSEG and will join the LSEG Executive Committee, effective 1 January 2020.

David Shalders will assume the role of COO, LSEG on 1 January 2020 in addition to his responsibilities as Chief Integration Officer and a member of the LSEG Executive Committee.

BTIG announced that it has added Keryn Limmer, a Managing Director, to its Outsource Trading division in New York. She joins the unit from the firm’s Institutional Equities team, where she held a senior sales trading role for more than 15 years. Limmer has held several sales and trading roles over the years, supporting the needs of the firm’s hedge fund and mutual fund clients. Prior to BTIG, she spent nearly eight years at The Galleon Group, where she traded for the main technology fund and a separate TMT portfolio. Ms. Limmer began her career at Morgan Stanley within the private client arm of the syndicate desk.