Instinet appointed Jeff Doherty as Head of US Equity Content. In this role Mr. Doherty will oversee both the research and sales distribution functions, creating a targeted effort to deliver differentiated research and services. Mr. Doherty joined the Nomura Group in 2016 as a managing director and Head of US Equity Research Sales. He spent more than 15 years at Barclays and its predecessor firm Lehman Brothers working for the Institutional Equity Sales group, where he most recently served as Head of Middle Markets Sales.

HSBC also in December welcomed Thad Davis as managing director, head of healthcare, North America. Davis was previously at Jefferies, where since 2009 he was managing director of leveraged finance for the bank’s healthcare group. Prior to Jefferies, he was at UBS, where he worked across investment banking, financial sponsors and leveraged finance. Davis is based in New York, reporting locally to Omar Abboud, head of corporates, Americas, and functionally to Rajeev Sahney, global head of consumer and retail.

Lastly at HSBC, Jonathan Tretler has taken on the role of managing director, head of consumer and retail for North America. He joined the bank in November from RBC. At RBC, Tretler was most recently managing director in the global consumer and retail group. He has roughly 20 years of experience covering the food & beverage sector as an investment banker. Tretler is based in New York, with the same reporting assignments as Davis. 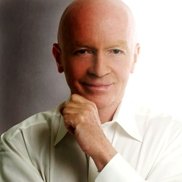 Emerging markets veteran Mark Mobius has decided to retire from Franklin Templeton after more than 30 years with the company. Mobius, who is currently a portfolio manager on the UK Templeton Emerging Markets Investment Trust and executive chairman of Templeton Emerging Markets Group, will step down from his roles. Over the last few years Mobius, who spent over 40 years working in emerging markets, had started taking a step back from fund management. Back in March 2017 he relinquished responsibility for 12 funds where he was a lead or co-lead manager. Mobius oversaw Templeton’s emerging markets team from 1987 to 2016. Back in 1987 he was hired by late Sir John Templeton to launch one of the first mutual funds dedicated to emerging markets.

Style Research has appointed experienced fintech leader Sebastien Roussotte as Chief Executive Officer. He succeeds Kirsten English, who was appointed as CEO by lead investor Lyceum Capital Partners in 2015. After successfully implementing a programme of significant investment, during which the global team has doubled to 60 professionals, she has now been appointed a non-executive director of Style Research. In this role, she will be responsible for examining potential partnership, merger and acquisition opportunities.

Apcela named Jack Dziak as President and COO. Dziak is an industry veteran with experience managing complex technology P&Ls, product management and solutions engineering, financial management, strategy and M&A. Prior to Apcela, he was EVP, Global Products at Sungard Availability Services, managing the P&L and portfolio of enterprise cloud services, disaster recovery, security, and other virtualized production services. He has held C-level positions with Neustar, Inc., Sprint Nextel, and MCI Communications. Dziak started his career in strategy and technology consulting with Coopers & Lybrand LLP, and as a Partner in Accenture’s Communications and High-tech industry practice.

Eva Connors has joined NEX Markets as Director of Buy Sides Sales/East Coast. She will be responsible for client acquisition and retention while representing the various NEX Markets solutions (EBS Institutional & NEX Treasury) to the buy-side. Connors has over ten years of significant domestic and global experience providing business solutions within the asset management space. Prior, she was with FX Connect, (part of State Street Corporation), where she held the role of Head of US Sales. She reports into Timothy Johnson, NEX Markets, Head of Buy-Side Sales/Americas.

RAA, one of the nation’s largest independent registered investment advisors, hired Gary Peterson as Vice President, Financial Consultant. In this role, Peterson will focus on providing personalized financial advice to individuals based on each client’s unique needs, incorporating his expertise in airline and military benefits, and recommending strategies to assist clients in achieving their financial goals.Prior to joining RAA, Peterson served as a Financial Advisor at Waddell & Reed and has been an active investor in the financial markets for over 30 years. Peterson will be headquartered in Seattle, adding to RAA’s presence in the Pacific Northwest.

Societe Generale has promoted Yann Garnier to become head of sales for global markets. He will leave his role as head of global markets for Asia-Pacific and relocate to Paris in the coming months. Jerome Niddam, previously head of financial engineering for Asia-Pacific at SocGen, takes over Garnier’s old post, subject to regulatory approval.

Danish multi-asset brokerage Saxo Bank said it appointed industry veteran Damian Bunce as Chief Client Officer, effective from the 19th of February. Bunce joins from Russian bank CIB. Prior to that he spent time at Goldman Sachs, where he was in charge of electronic execution sales in Europe, and Barclays Capital, where he was Managing Director and Head of European Electronic Sales Trading and Distribution.

Ellis joins BTIG Fixed Income Credit as a Managing Director. He has more than a decade of industry experience, sourcing and trading distressed credit. Prior to BTIG, Ellis was an Executive Director within Global Event-Driven Credit at UBS. He spent a majority of his career at Goldman Sachs within the Distressed and Bank Loans Proprietary divisions.

Siegel onboards as a Managing Director. Prior to BTIG, he was a Managing Director within Distressed and High-Yield Sales and Trading at Stifel. Previously, hel held a similar position at Knight Capital. Earlier in his career, he held several senior sales and trading roles at Credit Suisse, UBS and Bear Stearns.

Zitani joins as a Director. Prior, he was a Vice President within High-Yield Credit Sales at Jefferies, where he spent more than seven years. Zitani began his career in Fixed Income Operations at UBS.