TRADING UP: IEX Adds Guinan and Yam; Pearson to JPM 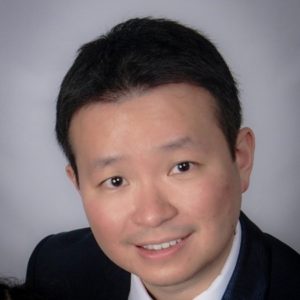 The Investors Exchange (IEX) added two senior hires executives, Bill Guinan and Jonathan Yam, to lead business and technology development, respectively. Guinan, the new Head of Business Development, spent the last 14 years at Bernstein, most recently as Head of U.S. Sector Trading. Yam joins IEX as Head of Technology Development, where he will lead the team responsible for building and refining new products and features to enhance IEX’s performance. He was previously Director at Citi, where he led a team of more than 50 developers with global responsibility for the development of electronic trading systems. Both assume their new roles on June 3. Guinan will report to IEX President Ronan Ryan, and Yam  to Chief Technology Officer Rob Park.

Rich DeLayo will be joining Raymond James as a Senior Vice President and electronic sales trader to support the launch of the RJET Electronic Trading Platform, which will be rolling out over the next few quarters. DeLayo is a 25+ year veteran on the Street, having spent the last four years with KCG/Virtu and the previous 12 with RBC. DeLayo will be reporting to David Cannizzo.

Another senior equities trader has left Goldman Sachs and is headed to rival JPMorgan Chase, according to efinancialcareers. Edward Rossetti, the head of ETF Trading in the US at Goldman Sachs, is leaving for a similar role at JPMorgan, according to people familiar with the matter. Rossetti has more than a decade of ETF trading under his belt, and has experience with both equity and fixed-income products, as well as futures and swaps. He started out at Merrill Lynch in 2006 and moved to Goldman in 2008. 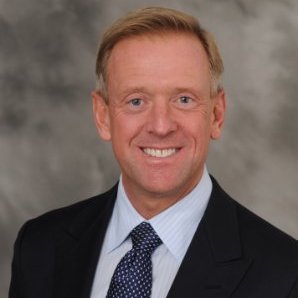 OCC, the world’s largest equity derivatives clearing organization, announced the re-election of Craig Donohue as Executive Chairman of the Board, along with the election of three Class III Member Directors and two Class I Public Directors to its Board of Directors.

Insight Investment onboarded Jon Morgan as its new Head of Consultant Relations, North America, a newly-created role. Morgan will help develop Insight’s consultant relationships as the firm responds to pension plan sponsors seeking strategies for their evolving liability and liquidity needs. He will also cover consultant-supported platforms and retail offerings. He will be based in New York and report to Paul Hamilton, Global Head of Consultant Relations.

Olivetree Financial landed Dave Memmott for its U.S. Long/Short sales team. Memmott, a t20 year veteran, joins as a Managing Director and will be based in its New York office where he will be responsible for sales coverage of many U.S. based Clients. Most recently he was a Managing Director at CLSA as the Head of North American execution services. Memmott also held similar roles at ISI, as well as the Head of Cash Trading at Morgan Stanley.

InvestCloud Inc., a fintech firm, has appointed Robert O’Boyle as Senior Vice President of Sales to its New York office. In this new position, O’Boyle will head up InvestCloud’s sales efforts focused on the traditional Advent Axys and APX market. Prior to joining InvestCloud, O’Boyle was Managing Director, Americas for Asset Control and was responsible for their sales and marketing efforts within the United States, Canada and Latin America. Before that, O’Boyle was a long-time Advent sales person focused on Axys and APX during its long period of growth prior to the SS&C acquisition.