The Investors Exchange has promoted Sara Furber to Chief Financial Officer. Furber duties expand to include leadership of corporate development and IEX Ventures. Before joining IEX in 2016, She held senior roles over her 20-year career in investment banking and finance, including serving as the Chief Operating Officer of Wealth Management at Morgan Stanley.

Fenergo, a provider of Client Lifecycle Management software solutions for financial institutions has hired Conor Coughlan as its Global Head of Marketing. Conor has over 19 years of experience in the banking, financial services and insurance sectors. Most recently, Conor led the award-winning marketing function for Thomson Reuter’s risk division. 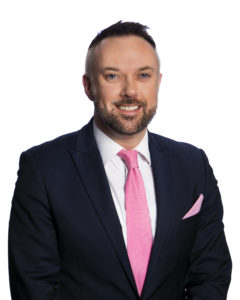 In addition, Greg Watson has been appointed Global Head of Sales. He previously held the role of Fenergo’s Head of Partnerships. Before joining Fenergo in 2017, Greg worked at HSBC as the Managing Director and Global Head of the Client Management Group for the Global Banking and Markets division. He’s held various other senior positions within HSBC, including Global Head of Client Onboarding and COO for COBAM.  Previously, Greg worked in Business/Product Management for UBS Investment Bank and in various IT and transformation roles for Centrica, Reuters, as well as a management consultancy.

Both Watson and Coughlin will report directly to Fenergo’s CEO, Marc Murphy, and will also be part of Fenergo’s executive leadership team.

Eisler Capital recruited veteran FX salesman Andrew Peña. Peña joined Eisler in an investor relations capacity this month according to his LinkedIn profile. He previously spent 21 months as head of institutional FX sales for EMEA at Morgan Stanley. Before that, he made his name as head of commodities hedge fund sales at Goldman Sachs, where he spent nearly 17 years in Hong Kong, London and New York.

Alpima, the specialist front-office platform for institutional and professional investors, said it has  appointed Anastasia Bikou as Managing Director of Sales. In this newly created role, Bikou will report to Ilan Heimann, Head of Sales and Partnerships. She joins Alpima from Goldman Sachs in London where she spent nine years and was most recently responsible for FX distribution to institutional clients across Europe.  Before that, she worked as a Derivatives Trader for the National Bank of Greece and a Financial Analyst at Merrill Lynch in New York.

OpenFin announced Mark Yallop has joined the firm as a non-executive board director. Yallop is an experienced industry practitioner dedicated to driving innovation and standards in capital markets. He serves as an Independent Member of the Prudential Regulation Committee at the Bank of England and as Chair for the Fixed Income, Currency and Commodities (FICC) Markets Standards Board (FMSB). Prior to his current tenures, Yallop served as UK Group CEO at UBS, responsible for UBS’s Investment Banking, Wealth Management and Asset Management activities; Group COO and main board director at ICAP; Group COO at Deutsche Bank; and on the board of the International Swaps and Derivatives Association (ISDA).

BNY Mellon Asset Management North America Corporation onboarded Jed Maczuba as the new Chief Technology Officer. Maczuba is an experienced IT professional with proven success leading broad technology innovation while maintaining a robust architecture, strong data governance and a reliable infrastructure. He most recently served as Director of Enterprise Architecture at MFS Investment Management. Prior to joining MFS, Maczuba was a Senior Manager in Accenture’s Strategy and Transformation Practice where he designed and implemented enterprise architecture programs for large, complex financial services IT organizations. Maczuba was also an Executive IT Architect for IBM Global Services with a focus on the financial services industry.

LUX Fund Technology and Solutions (LUX) landed Jeremy Siegel as its new CEO to lead the company to the next level of growth in software technology for the alternative asset management industry. Siegel comes from Credit Suisse where he was Managing Director in the Global Markets division and Global Head of the Prime Consulting team. He has over 24 years of experience in the hedge funds space, having worked with over 500 hedge funds globally to grow their business through technology, operations and institutional systems.

Barclays has appointed Matt Pecot from Credit Suisse as head of its equities business in Asia Pacific. Pecot will oversee Barclays’ equities sales and trading activities in the APAC region which focuses on derivatives after the shuttering of its cash equities business in 2016. Formerly responsible for Credit Suisse’s prime services and equities distribution in APAC, Pecot also previously acted as head of prime services and prime brokerage services for UBS in the region.

Saxo Bank announced the appointment of Steve Weller as CEO of the MENA Region. In his new role, Weller will assume the overall responsibility to grow and develop the business and client base in the region by making Saxo Bank the first choice for traders, investors and wholesale clients in the region. He has more than 25 years of international experience and know-how in the global foreign exchange market. Most recently, Weller was Managing Director and Global Head of Sberbank of Russia’s (CIB) foreign exchange business. Before joining Sberbank CIB he was the head of Foreign Exchange Asia-Pacific at Barclays PLC, based in Singapore and previous to this the global head of FX spot and forward trading at Lehman Brothers. He will be based in Saxo Bank’s Dubai office and report directly to Damian Bunce, CCO of Saxo Bank.

Xceptor, a global provider of software for intelligent data automation, announced two appointments. First, joining as the firm’s new Chief Financial Officer and Board member is Sharon Cooper. Cooper has extensive experience of running the finance and head office functions of major corporates in addition to operating within the private equity and public markets arenas. Originally an auditor with Ernst and Young, she became the Group Financial Controller of Sophos, where she ran the due diligence process in the sale to Apax Partners. Her first CFO role was at Digital Barriers plc, an Aim listed company, where she built the finance team and head office function, prior to leading the sale of the business to Volpi Capita.

Second is Shaleen Dastur, who will focus on sales with the US buy-side. Prior to joining Xceptor, Dastur spent almost 10 years at NorthPoint Solutions as Business Development Manager and later as Head of Sales for the Financial Services Practice before moving to Gresham Computing, as Senior Solutions Executive for North America and most recently to S3 Partners, where she was Director of Business Development.

OptDyn, makers of Subutai, a Peer-to-Peer (P2P) Cloud Computing platform, reported that Simon Cocking and Jeff Carr have joined the company’s Advisory Board. As members of the OptDyn Advisory Board, Cocking and Carr will support the company’s leadership in providing advisory services on blockchain/cryptocurrency market and Cloud Computing. They join advisors David Rusling and Benedict O’Mahoney, who offer expertise in Internet of Things (IoT) and blockchain law respectively.