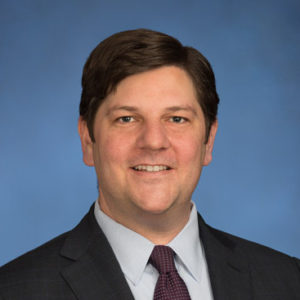 Instinet Incorporated, the equities broker owned by Nomura Holdings, has appointed Ralston Roberts as its CEO, replacing long-time veteran Jonathan Kellner who recently left the firm to join cryptocurrency exchange Coinbase. At Goldman Sachs, Roberts was a Managing Director and Co-Head of Execution Services for EMEA. Before working at the multinational investment bank, in June 2013, he was named as the chief operating officer for real-time market data and network services at SunGard, a software provider.

IEX Group, which operates the stock exchange IEX, has promoted Elaine Wah to Head of Quantitative Research. Wah has led the exchange’s Market Quality Group since 2016, overseeing market structure research as well as real-time and historical analysis of trading activity on the exchange. The Quantitative Strategy team was previously led by Daniel Aisen.  Prior to joining IEX, Wah had roles at the SEC’s Division of Economic and Risk Analysis and Microsoft Research New York City. Wah reports to Eric Stockland. 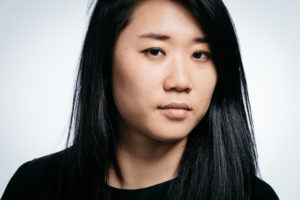 Evercore ISI hired electronic trading veteran Jesse Forster as a Director of Electronic Trading. Jesse spent the last 15 years at Instinet, where he specialized in cross-border electronic trading and algorithmic sales, along with US market structure and TCA consulting to US and international clients.

Saxo Bank hired Thomas Hovard to the position as COO of Global Distribution and Client Services, effective February 4, 2019. In his role at Saxo Bank, he will be responsible for the ongoing operations of the Global Distribution and Client Services organisation and ensuring that the Group’s client-centric strategy is executed across markets. Hovard joins Saxo Bank from Danske Bank where he most recently served as Global Head of DCM Sales & Research during a 16 year tenure. He will report directly to Damian Bunce, Chief Commercial Officer of Saxo Bank.

The Global Financial Markets Association (GFMA) Board of Directors elected its new leadership team that will represent each region, including a Chair from Europe, a Vice Chair from the US and a Vice Chair from Asia. Kenneth Bentsen, SIFMA’s CEO, will take over as CEO of GFMA for a two-year period. GFMA represents the common interests of the world’s leading financial and capital market participants and is comprised of the world’s leading financial trade associations: SIFMA, ASIFMA and AFME. 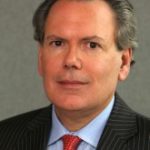 Avelacom, the high-performance connectivity and IT infrastructure solutions provider, has  opened a new office in Singapore that will be run by newly hired Gabriel Bassas, VP Sales for APAC. Bassas has spent his career working in institutional sales and account management, providing connectivity solutions for telecom and IT infrastructure companies. Over the past three years, he has been responsible for business development globally for Avelacom, based in London. Previously he spent two years as Sales Manager for the Finance vertical at Interoute, utilizing his knowledge to build and design ULL connectivity solutions in European markets. Prior to this he spent eight years at Zayo Group, as an Account Manager, providing connectivity solutions to Capital Markets clients in Europe and the USA.

Plenitude, a niche consultancy, specializing in Financial Crime Risk and Compliance has announced the appointment of Steve Vinnicombe, former UK CEO of Capco UK, as a Non-Executive Director to help deliver Plenitude’s ambitious growth plans to meet the challenges posed by the evolving landscape of Financial Crime compliance. Vinnicombe has more than 20 years of experience in the consulting industry. He started his career at Accenture, where he spent 11 years, specializing in Financial Services, his last role as a senior executive in the Capital Markets unit.

KeyBanc Capital Markets,, the corporate and investment banking arm of Cleveland-based KeyCorp, promoted Alain Harfouche to Managing Director and Head of Chemicals Investment Banking, and Chris Hogan has been named head of the Chemicals M&A practice. Harfouche has been part of the Chemicals Investment Banking Group at KBCM for approximately nine years, and has held previous advisory roles at PricewaterhouseCoopers and Deloitte. Hogan has served in various positions within the M&A Group at KBCM for more than 14 years.

MUFG landed Carol Mathis as Managing Director and CFO of Wholesale Banking. Mathis will be responsible for leading the finance management and strategic planning in support of Wholesale Banking business lines throughout the Americas. Prior to joining MUFG, she was instrumental in preparing a new technology-enabled financial services company for launch working closely with her partners. She has also served as Chief Financial Officer for Digital Asset Holdings, and during her tenure at The Royal Bank of Scotland served as the Chief Operating Officer and Chief Financial Officer of the Corporate & Institutional Bank in the Americas. Mathis will be based in New York and report to Chief Financial Officer for the Americas Johannes (Johs) Worsoe.

Euronext’s Supervisory Board has nominated Isabel Ucha as CEO of Euronext Lisbon, CEO of Interbolsa and member of the Managing Board of Euronext N.V., starting January 1, 2019, subject to formal appointment by an Extraordinary Shareholders’ Meeting of Euronext N.V. and the usual regulatory non-objections. This decision follows Paulo Rodrigues da Silva’s resignation from his position as CEO of Euronext Lisbon. Ucha joined Euronext in 2007, developing the company’s commercial activity and product development in Portugal, including the establishment of the Porto Technology Centre, and strengthening ties with local and national institutions over the last decade.

Mark Cullen will become Chief Operating Officer and Dirk Goergen will become Head of EMEA Coverage at Deutsche Bank. Both will become members of the DWS Executive Board. Jon Eilbeck and Thorsten Michalik will leave the company. Cullen has worked for Deutsche Bank Group for 26 years, most recently as Global Head of Group Audit. He has held a number of senior roles within the group, including as Global Chief Operating Officer of Deutsche Asset Management from 2004 until 2012. In his new role, he will oversee all operational aspects of DWS. Dirk Goergen was most recently Head of Sales for Private Clients Germany in the Private and Commercial Bank of Deutsche Bank (PCB). Previously, he worked at Bain & Company with and for large financial institutions, implementing strong cultures and driving major transformational projects.