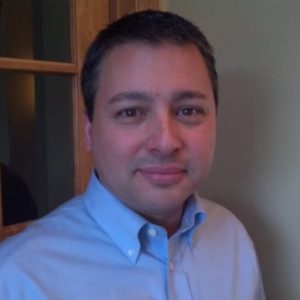 Instinet announced the appointment of David Wong as a Managing Director and a lead analyst in the U.S. Technology, Internet, Media & Telecom (TIMT) group, focused on Semiconductor stocks. Based in New York, Wong joins Instinet from Wells Fargo Securities, where he served as the lead analyst in Semiconductors for 15 years. He previously held similar roles in equity research on the buy side at State Street and on the sell side at PaineWebber/UBS.

Tim Reilly, Head of New York Sales and Canadian Equities at Liquidnet has left the firm. Reilly is the second senior executive to leave Liquidnet this year.  Brennan Warble, Head of Liquidnet in the Americas, exited in January 2019.

Supervisory Board of Deutsche Börse AG has proposed two new shareholder representatives for the company’s control committee. The new members are Charles Stonehill who will succeed Richard Berliand and Clara-Christina Streit who replaces Ann-Kristin Achleitner.

Supervisory Board of Deutsche Börse AG has proposed two new shareholder representatives for the company’s control committee. The new members are Charles Stonehill who will succeed Richard Berliand and Clara-Christina Streit who replaces Ann-Kristin Achleitner.

The Investment Association announce the appointment of three industry leaders to its Board of Directors: Keith Skeoch, Co-CEO of @SLA_plc; Patrick Thomson, CEO for EMEA for J.P. Morgan Asset Management; and Philippe d’Orgeval, Head of @AXAIM in the UK. 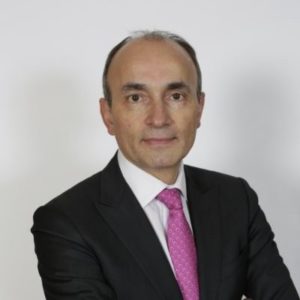 XTX Markets appointed Serge Harry as Chairman of the Board of XTX Markets SAS and of Geoffrey Damien as Managing Director, Head of France. Harry has over 30 years of experience in financial markets in various senior executive positions at the London Stock Exchange Group, New York Stock Exchange, Euronext and Euroclear. He also currently holds directorships, as a Non-Executive Director of LCH SA, MTS France and Curve Global. Damien came from Euronext where he was Head of Product Development and Projects and Head of Retail Execution.

Confluence landed Jory Wheeler as Senior Vice President of Engineering. In this role, Wheeler is responsible for managing all aspects of the software development process. Wheeler comes to Confluence with 14 years of experience in the financial services industry, leading teams as they delivered cutting-edge technology solutions. Wheeler spent the past 14 years at global financial services technology provider FIS (previously SunGard), where he most recently served as Vice President, Product Engineering. He reports directly to Todd Moyer, who was recently promoted to President.

Romeo Lacher will resign his mandate as Chairman of the Board of Directors of SIX, which he has been a member of since 2008. Until his departure in 2020, he will continue to accompany the transformation of SIX. The search for a successor will be initiated shortly.

Marex Spectron, the global commodities broker, elevated Carla Stent as Non-Executive Chair of the Group Board.  Stent, who has sat on the board for the past four years and was until recently Chair of the Audit & Compliance Committee, took over from Simon Heale, who stood down in December after three years in the role. From 2010 to 2013, she was Chief Operating Officer and Partner at Virgin Group. She was previously Deputy Chief Financial Officer and Chief Administrative Officer of the Global Retail and Commercial Bank arm of Barclays Bank.  From 2000 to 2004, at Thomas Cook AG Group, she held a variety of roles, including Operations Director, as well as Director of Group Strategy & Corporate Finance.

Manuel Baptista has joined Broadridge Financial Solutions as Managing Director, Head of Investor Communication Solutions International (ICSI) Sales. Prior to joining Broadridge, Baptista was head of ISS’s Global Proxy Distribution where he lead overall strategy. Baptista brings with him over 20 years’ experience having held positions in Operations, Communications, and Sub-custodian Network Management at Euroclear and the Bank of New York. He is based in Belgium and reports to Bob Santangelo, President of International Sales.

Global Digital Finance (GDF), the industry membership body that promotes the adoption of best practices and conduct standards for cryptoassets and digital finance technologies, made appointments to its Advisory Council. It named former Global Head of Client Strategy at HSBC Teana Baker-Taylor as Executive Director. In this leadership role, Baker-Taylor will run the executive branch of the membership and joins the GDF Board of Directors. GDF has also appointed Hector Rosekrans as Head of Community. Prior to GDF, Hector was on the founding team at Messari as the Director of Policy and Operations.

Brian Kurtzman has left Deutsche Bank. Kurtzman was the bank’s co-head of equities in the Americas and global co-head equity trading. According to an internal memo, he wil be leaving at the end of March after serving seven years there.