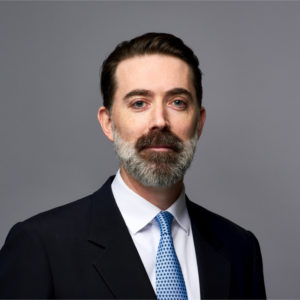 Christopher Brown was hired as an Executive Director, QIS at J.P. Morgan. Brown, a 23 year veteran, came from Citi where he spent the last three years most recently as a Director, Systemic and Quant Trading Solutions. Before that, he served for nearly five years at Deutsche Bank as a Director in Autobahn Equity Sales and Trading and Low Latency DMA.

The Institute for Portfolio Alternatives (IPA) elected Dan Vene, Co-Founder and Managing Partner at iCapital Network, to a strategic new board seat created to represent the growing technological and distribution capabilities of the Portfolio Diversifying Investments (PDI) industry. Vene brings a depth of expertise to the IPA Board of Directors with over 20 years of experience in the PDI industry. Prior to founding iCapital Network, Vene held various different roles managing capital raising, leading fund strategy and pioneering a leading financial database and aggregator of corporate events.

Her Majesty’s Treasury, following advice of the Board of the Financial Conduct Authority, has appointed Christopher Woolard as Interim Chief Executive. Woolard will take on the Chief Executive role following Andrew Bailey’s departure to become Governor of the Bank of England. He is currently the FCA’s Executive Director of Strategy and Competition and an Executive member of the FCA’s Board. 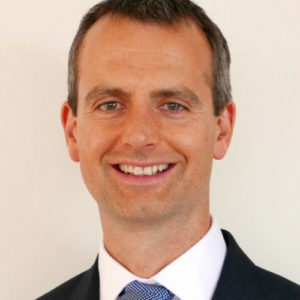 According to The Trade, UBS has appointed Mark Goodman as the new head of its equities multilateral trading facility (MTF), following the departure of Richard Semark earlier this month. A spokesperson at UBS confirmed that Goodman, who has been global head of electronic execution across forex, rates and credit at UBS since 2015, has taken over as president of UBS MTF, succeeding Semark who has been at the helm of UBS MTF since 2013.

Tourmaline Partners landed Joe Hodgkins as a senior trader. He will be based at the firm’s Asia-Pacific office in Sydney. He was most recently at Citigroup, where he oversaw trading as Head of Thai Equities. Prior to his sell-side time, he spent eight years with Janus Capital in Asia, ultimately as Regional Head of Trading for five years. In that role he was responsible for all Asian trading across public equities, derivatives and futures.

CoinShares announced the appointment of Townsend Lansing as Head of Product for the group’s exchange traded product (ETP) business, which trades under the XBT Provider brand. Lansing brings over 15 years of experience in structuring financial products and spent a decade as an Executive Director of ETF Securities, where he held a variety of leadership roles, ultimately managing the firm’s ETC platform which had an AUM of $18 billion, and serving as an advisor to the board.

Vulcan Value Partners landed senior analysts McGavock Dunbar, Hampton McFadden, Stephen Simmons and Jim Falbe as new Portfolio Managers for all Vulcan strategies. Also, the firm announced that Colin Casey and Andrew Loftin have been promoted from Associate Analysts to Equity Analysts. Lastly, appointed Gavock Dunbar as Director of Research. McGavock has been an equity analyst at Vulcan since 2010. His new title is a formal acknowledgement of the role he has functionally served in for many years. McGavock’s responsibilities as an equity analyst and portfolio manager will remain the same.

Business information provider IHS Markit onboarded pricing and risk management specialist Mark Findlay as the Global Head of its Financial Risk Analytics business. With more than 25 years of experience in global markets, consulting and financial risk solutions services, Findlay joins from TLG, a specialist risk management consultancy in London, where he served as a Partner. Previously, Findlay held chief operating officer positions in financial markets trading and quantitative risk management roles at ABN AMRO, UBS, BAML. He was also the capital management program director of global markets at HSBC. Based in London, Findlay will report to Chief Technology Officer and Chief Data Scientist, Yaacov Mutnikas, and will lead the business.

Archax, the forthcoming institutional digital securities exchange based in London, has landed Alex Royle as its new Chief Compliance Officer. Royle most recently lead the supervisory effort on a number of the MTFs at the Financial Conduct Authority (FCA), the UK regulator. Prior to that he served as a Seconded National Expert in Markets Policy at ESMA (European Securities & Markets Authority) and previously has worked across various functions, from market making to sales trading, within the fixed income and commodities exchange traded derivatives space.