Tiger Trading Network, both a fintech firm and crypto asset Order Execution Management System (OEMS), has onboarded Alan Keegan as its new Chief Strategy Officer. Before joining Tiger Trading, Keegan was co-founder of a trade execution startup for crypto assets that focused on solutions for improved liquidity and a vision to help shape this emerging system. Previously, he  worked at Bridgewater Associates in Westport CT.

Mr. Farley brings over 20 years of experience in investor relations and financial services as well as financial media. Mr. Farley will be responsible for building and maintaining strong relationships within the investment community and ensuring the Company’s strategy and investment opportunity are communicated with consistency and clarity. 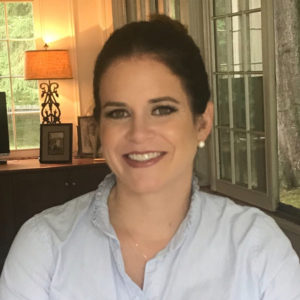 Also leaving Goldman Sachs is Jack Johnston, a managing director in equity sales at the white glove firm since 2013, and is pitching his tent at JPMorgan. According to Business Insider Johnston will be a Managing Director and Co-Head the US equity Sales Trading business along with Benno Green. Both Johnston and Green report to Adam Englander, the bank’s head of Americas execution services.

Chris Diaz, co-CEO – Diaz previously served as Principal/Executive Vice President-Business Development at SFS and will maintain those responsibilities in addition to his new role. He is also a corporate shareholder. Prior to SFS, Diaz was employed by Credit Suisse, MMA Financial and the Midland Companies where he gained over 15 years of experience with tax credits and financial services.

Tim Fetter, co-CEO – Fetter is the former Principal/Executive Vice President-Credit and Risk Management at SFS and will maintain those responsibilities in addition to his new role. He is also a corporate shareholder. Fetter joined SFS at its formation as a senior portfolio manager and oversaw the underwriting, loan servicing and asset management functions at the firm. Prior to that, he was employed by MMA Financial, LLC as a debt portfolio manager analyzing and managing construction, permanent and supplemental loan portfolios. Prior to joining MMA Financial, LLC, Fetter was with Raymond James Financial and Raymond James Bank, where he worked as a senior corporate projects analyst and commercial loan underwriter.

Ron Campbell, CCIM, COO – Campbell is the former Principal/Chief Financial Officer at SFS, and is also a corporate shareholder. In his new role as COO, Ron will focus heavily on the company’s growing number of financial partners.

Campbell joined SFS in 2009. His experience includes working as a CPA in the audit department of Touche Ross & Company, various financial positions with Guardian Industries Corp., and CFO for the Detroit Pistons Basketball Company and Palace Sports & Entertainment. Campbell spent a decade as president and NHL alternate governor for the Tampa Bay Lightning Hockey Club.

Kris Dunlop, CFO – Dunlop is the former Senior Vice President/Controller at SFS. Dunlop joined the company in 2013, and as the controller for The Seminole Companies, he has oversight of all of the accounting, treasury and Information technology functions as well as completion of various compliance reports including corporate financial audits and tax returns. Prior to joining SFS, Dunlop spent over 14 years with various companies in the capacity of staff accountant and controller.

RBC Investor & Treasury Services (I&TS), part of Royal Bank of Canada, announced the appointment of Ronan Doyle as Global Head of Product Management, Transfer Agency. Doyle joins RBC in Dublin with significant experience in international Transfer Agency (TA), technology and innovation having spent over 15 years in the asset servicing industry. Doyle previously held senior roles with the Bank of Ireland, where he was Chief Operating Officer of Group Customer, Digital and Innovation, and prior to that Citi where he was head of EMEA Transfer Agency Product Management within its Markets and Securities Services division. He reports to Paul Stillabower, Managing Director, Global Head of Product Management.