Liquidnet appointed Brian Conroy as President of Liquidnet. As President, Conroy will work in partnership with CEO and Founder, Seth Merrin, and share the responsibility of providing strategic leadership for the company with a focus on building out new businesses both organically and through acquisition. A market veteran of over 30 years in the financial services industry, he joined Liquidnet from Fidelity International in London where he served as President and was responsible for strategic direction and oversight of the firm’s international asset management and distribution businesses across 25 countries. Prior to his time in London, Conroy was President of Fidelity Capital Markets and Global Head of Equity Trading in Boston for FMR. He has also held senior roles at JPMorgan, Goldman Sachs, ABN AMRO and SAC LLC. Conroy will be based in New York, reporting directly to the CEO. 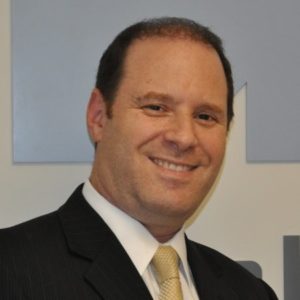 Garrett Nenner started a new position as Global Head of Trading Product at Linedata. Prior to this, Nenner was a Managing Consultant – Institutional Crypto at Omega One. Prior to that, he was SME Executive Consult/Lead PM at Evercore Partners for three years.

Russell Investments has announced that Peter Gunning will remain as Global Chief Investment Officer, a role he assumed on an interim-basis in October 2018. Based in Seattle, Gunning oversees all aspects of the firm’s investment division worldwide, including asset management, implementation and research. In addition to his role as Global Chief Investment Officer, Gunning continues to be responsible for strategic oversight of Russell Investments’ business in the Asia-Pacific region. He will report directly to Chairman and CEO Michelle Seitz.

AKJ Crypto plc, the leading crypto platform and security token issuer for hedge fund managers and institutional investors, promoted Neal Mitra to the role of Chief Executive Officer. Mitra will replace interim CEO and AKJ Group founder Anders Kvamme Jensen, who will remain the company’s Chairman. He originally joined AKJ Crypto in 2018 as its Chief Administrative Officer.  He was previously with Argon Group, an investment bank focused on cryptocurrency and the token-based capital markets. 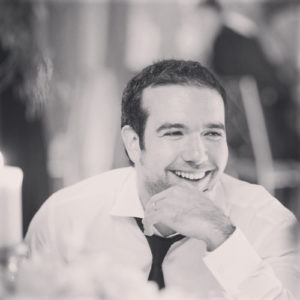 Brett Smith started earlier this month at Cantor Fitzgerald in New York as a managing director, according to eFinancialcareers. Smith was said to be let go in April of last year by Berenberg Capital Markets, which he joined in 2016 after more than a decade at Morgan Stanley.

Benjamin Messas, the former head of exotic equity trading in the Americas at Société Générale, started at Scotiabank as a director within their equity derivatives team earlier this month.

Morningstar announced that Paul Malone has been appointed UK CEO & West EMEA Regional Leader. In this role, Malone, who most recently served as Morningstar’s Head of UK Sales & Business Development, will lead the company’s go-to-market strategy for the United Kingdom, South Africa, and the Middle East. He joined Morningstar in 2009 as Vice President of Sales and Business Development. Prior, he was Sales Director for FundWorks, responsible for developing business in the delivery of client communication solutions to asset managers across Europe. He also held numerous roles at Standard & Poor’s, including Business Development Manager.

Deutsche Börse’s Simone Reinhold, until now Managing Director of Group Marketing, leaves the company after 25 years, in cordial agreement with the company, according to an internal memo. She developed the brands of the cash market system Xetra and of the Group’s trading and clearing system (T7, C7). On the marketing side, she positioned the clearing house of the Group (Eurex Clearing) and the joint venture CEINEX in the competitive environment.