Craig Viani has been appointed to the new position as Head of US Market Structure at Liquidnet. Viani has been with Liquidnet for approximately four years holding down several positions, the most recent as Product Advocate and Equity Sales. Prior to that he was an independent consultant and contributor to Traders Magazine and spent almost 13 years at ConvergEx, most recently as Head of US Electronic Trading Product Management.

Ncontracts, a provider of integrated risk management and compliance solutions for financial institutions, landed George Ravich as its new Chief Marketing Officer. The veteran marketer who has been CMO of several successful FinTech (financial technology) organizations will build the company’s marketing capabilities.  to propel its growth with an expanding product line, and deepening market penetration. Previously he was the CMO of Earnix, an Israel-based analytics software developer. At Ncontracts, he will report to the company’s CEO, Michael Berman.

G2 Capital Advisors has expanded its Technology & Business Services (TBS) industry team by hiring Jarl Berntzen as Managing Director and newly appointed Technology and Business Services Practice Leader.  Berntzen will be based in G2’s San Francisco office, reporting to Matthew Konkle, Head of Industry Teams for G2. Prior to joining G2 Capital Advisors, he spent more than ten years in the mergers & acquisitions department at Goldman, Sachs and later built and led the M&A group at ThinkEquity Partners LLC.

Christopher Giancarlo has popped up on the board of the American Financial Exchange, an electronic exchange for direct lending and borrowing between US financial institutions. The former chair of the US Commodity Futures Trading Commission will serve as an independent director at AFX.

Coinbase hired Dan Yoo as VP of Business and Data, replacing the crypto exchange’s COO Emilie Choi who was promoted to the role back in May following the departure of the president and chief operating officer, Asiff Hirji. In his new role, Yoo’s top priorities include improving customer support and helping Coinbase, which also runs an institutional platform, scale up.

The Board of Directors of the Council of institutional Investors announced that Amy Borrus, currently CII’s deputy director, will succeed Ken Bertsch as executive director when he retires in August 2020. The board made the decision well in advance of Bertsch’s retirement to ensure a seamless leadership transition. Borrus joined CII as deputy director in 2006 and served as interim executive director from June 2015 to March 2016. Prior to CII, she was a correspondent for BusinessWeek for more than two decades.

AcadiaSoft Inc., the leading industry provider of risk and collateral management services for the non-cleared derivatives community, hired John C. Shay as its new Board Chairman. Shay succeeds Howard Edelstein, who had served on AcadiaSoft’s Board of Directors since the founding of the company in 2009. He was previously Senior Vice President and Global Head of Fixed Income and Commodities at Nasdaq, where he led the global commodities and fixed-income areas within its Global Trading and Market Services business. He was also a member of the Executive Committee and reported directly to the CEO. Prior to that, he served as Senior Vice President for Global Markets at Virtu, where he was responsible for managing outside venue, vendor and trading relationships. Earlier, Shay spent 25 years at ICAP, rising to Executive Vice President and Global Head of Sales for ICAP Electronic Broking (IEB) for Fixed Income and Foreign Exchange. 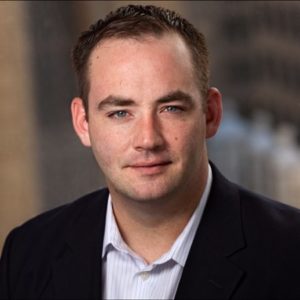 GLMX, a global technology leader for the execution and reporting of repurchase agreements and securities lending transactions, has hired Thomas Curley as Head of Client Integration. Curley will be based in GLMX’s New York office and will manage client onboarding and integration. He will report directly to GLMX COO & Chief Markets Officer Sal Giglio.

Broadridge Financial Solutions reported that the International Securities Services Association (ISSA) has elected Samir Pandiri, President of Broadridge International, to its Board of Directors. As president of Broadridge International, Pandiri is responsible for the company’s rapidly growing Post-Trade Technology, Global Proxy, and Asset Management Data and Technology businesses outside of North America, with a special focus on Europe and Asia. Before joining Broadridge in June, he was Global CEO of BNY’s Asset Servicing Division and a member of BNY Mellon’s senior leadership team. Prior to that, Pandiri was CEO of BNY’s Shareowner Services Division.

International law firm Dorsey & Whitney LLP announced that Matthew Bromberg has joined the Firm as a Partner in the Corporate Group in its New York office. Bromberg joins Dorsey from WBI Investments, Inc. and Millington Securities, Inc., where he served as General Counsel.

Altrinsic Global Advisors, a boutique international and global equity investment manager, has added Brian Zeiler to its institutional sales team. Zeiler will be developing and servicing North American client and consultant relationships, with a primary focus on the western United States. Prior to joining Altrinsic, he was a Senior Vice President in Institutional Sales at Franklin Templeton, a global investment management firm where he spent 10 years working with a diverse group of consultants and plan sponsors throughout the United States. Before that, Zeiler was a Vice President and international equity research specialist at Callan, a global investment-consulting firm.

David Watson joins SWIFT as Strategic Relationship Director in North America from Deutsche Bank, where he served as Managing Director and Head of Cash Management for the Americas, as well as the Head of Global Digital Cash Products.

ACA Compliance snagged a new Chief Services Officer – Carlo di Florio. As CSO of ACA, di Florio will be central to overseeing and growing the global regulatory compliance, cybersecurity, AML and fincrime practices of the company.

Instimatch Global, the leading digital network for institutional money market trading, has appointed  Hassan Al-Lawati as Chief Relationship Officer to lead its expansion in the Middle East. Al-Lawati brings extensive global experience having worked in the Middle East, Europe, Asia and the US over his 20-year career. Most recently, he was the Director of Strategic Relationships at KiwiTech, a US-based cashless investing and technology services company.