Phil Mackintosh was named Global Head of Research at Nasdaq. He is responsible for projects and initiatives in the US and Europe to improve market structure, capital formation and trading efficiency. Prior to that, he was Head of Trading Strategy at Virtu Financial where he served for four years. Earlier, he served in multiple capacities at Credit Suisse, where he spent over 13 years – most recently as a Managing Director and Global Head of Trading Strategy. While there he was responsible for the development of the Trader Analytics product, managed a medium sized team that developed website technology to support ETF, transition and PT businesses. He also spearheaded the firm’s TCA product introduction into four asset classes.

Derayati has been with Cinnober since 2009. Most recently she was in charge of delivering Cinnober’s real-time clearing system to JPX which went live in February this year. In her new role, Derayati will be responsible for leading sales of Cinnober’s exchange and real-time clearing technology to market operators and clearinghouses globally.

Neudata reported Simon Mahony has joined the firm as Senior Vice President in Research. In this London-based role he supports the Neudata team in providing insightful and in-depth alternative data research and use-case evidence to asset managers. He previously worked as a European equity research analyst at Fidelity International.

H2O Asset Management has hired Alexandre Abbou as an investment manager as it pushes ahead with the expansion of its equities business. Abbou will contribute to the management of the London-headquartered firm’s global equity market-neutral H2O Fidelio Fund, which aims to capitalize on specific relative value opportunities in the global equity arena. Prior to joining H2O, Abbou held several roles at Société Générale, latterly as head of EQD execution in Paris between June 2013 and November 2016. From 2006 to 2013, Abbou worked in equity derivatives sales at Morgan Stanley, joining from Merrill Lynch where he worked on the bank’s European delta-one flow sales desk. 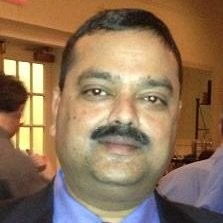 Magma Trading has appointed Michael Holstein as Head of Sales of its new equity trading platform.  The industry veteran previously spent seven years at ITG and seven years at Lava Trading.  At Magma, Holstein has joined former Lava colleagues George Hessler and Craig Kravetz to launch Magma ATS, the new lit marketplace for equities.  Holstein will work with broker-dealers to access Magma’s pool for both NBBO and streaming block liquidity.

State Street Corporation appointed Sara Mathew and William “Bill” Meaney to its Board of Directors. Mathew most recently served as chairman and chief executive officer of Dun & Bradstreet, a company that provides commercial data, analytics and insights for businesses. In this role she was credited with transforming the firm into an innovative digital enterprise, leveraging technological advances to enhance both data quality and coverage.

Meaney currently serves as the president and chief executive officer of Iron Mountain Incorporated, a global provider of storage and information management services. In his role, he leads Iron Mountain’s global business, driving the company’s digital transformation and augmenting its core physical storage by utilizing technology to enable new offerings for cloud and data center services.

Incapital LLC, a leading underwriter and distributor of fixed income securities, hired Paul Mottola as Head of Capital Markets. In this role, Mottola will lead the Capital Markets team and drive the firm’s InterNotes® program to offer individual investors access to new issue corporate debt. Mottola has held various leadership positions, including 20 years at Merrill Lynch, where he was Head of Equity and Fixed Income Syndicate for the Global Wealth Management Division, and six years at Barclays Wealth and Investment Management as the Head of the Trading and the Capital Markets platforms. He reports directly to CEO John DesPrez and will also be a member of the Executive Committee.

Credit Suisse global head of prime derivative services John Dabbs has been promoted to the newly created position of head of prime financing sales for the Americas. Dabbs will continue in his previous role as well as taking on new responsibilities to oversee prime consulting, capital introduction and client services. He will report to global head of prime services Paul Galietto and head of equity sales Eric Miller.

Barclays has appointed JP Morgan’s Emmanuel Cau as its new head of European equity strategy. Having spent 13 years with JP Morgan as a global equity strategist, Cau will be based in London and report to Rupert Jones, head of European equity research at Barclays. Cau’s appointment follows other recent equity hires by Barclays, including Naseer Al-Khudairi in February this year as global head of electronic equities and head of cash equities for EMEA, and Stephen Dainton as global head of equities in September last year.