Morgan Stanley has a hired a top trader from Deutsche Bank’s distressed-debt operation – Matthew Weinstein. Weinstein has recently resigned as the US head of distressed trading at Deutsche Bank, according to people familiar with the matter. Media reports said that after gardening leave, he’ll join Morgan Stanley as a managing director and head of North American distressed trading. He also spent time at Bear Stearns and Weil, Gotshal, and Manges, according to his Bloomberg bio. 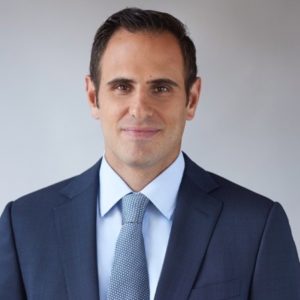 Refinitiv has appointed Charles Smith as its new head of Digital Solutions, Wealth Management. In this role Smith will lead Refinitiv’s global digital wealth management solutions and will be responsible for its strategic direction and impact. Prior to this, he spent eight years as a Managing Director in EY’s Wealth and Asset Management practice. Before that, Smith had senior leadership roles at Fiserv/CheckFree, Misys (now Finastra) and Thomson Financial (now Refinitiv). He led product management & marketing teams focused on delivering wealth management technology solutions designed to enable financial services clients, and he has managed relationship management teams focused on working with C-level executives on utilizing technology solutions to grow and streamline their businesses. 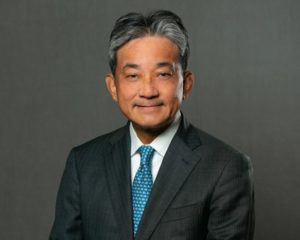 Additionally, Masahiro (“Masa”) Kuwahara, Senior Managing Corporate Executive, Group Chief Risk Officer for MUFG in Tokyo, joined the board of directors for MUFG Americas Holdings Corporation and MUFG Union Bank. Since 2019, Kuwahara has been a member of the U.S. Risk Committee, which is a subcommittee of the MUFG board of directors’ Risk Committee.

CloudMargin, a vendor of cloud-based collateral and margin management solutions, landed David White for the newly created role of Chief Commercial Officer. White has 14 years of capital markets experience in over-the-counter (OTC) derivatives markets and supporting technology. From 2016 to 2019, White served as Head of Sales for the triResolve business line of TriOptima, now a unit of CME Group. In that role, he was responsible for the global sales team, client acquisition and revenue growth of the firm’s counterparty exposure management service. For four years prior, he was Product Marketing Executive at TriOptima. Previously, White spent five years as a Consultant and Manager at DCG, The Derivatives Consulting Group, later known as Sapient Global Markets, specialising in OTC derivatives projects on behalf of Tier 1 investment bank clients. He will be based in London and reporting to CloudMargin CEO Stuart Connolly.

Citi recruited Anders Fogh Rasmussen, the former Secretary General of NATO and former Prime Minister of Denmark as a senior advisor in the firm’s European, Middle East and Africa business, with a primary focus on the Nordic region. Rasmussen has been at the center of European and global politics for over three decades serving as a leading Danish parliamentarian, Danish Minister of Economic Affairs, Prime Minister of Denmark, and as Secretary General of NATO. Since 2014 he’s been the CEO of geopolitical consultancy Rasmussen Global.

LCH, the global clearing house, snagged Yutaka Imanishi as its new Head of Japan, LCH. He joined from CME Group, where he was Executive Director, Optimisation Japan. He also held the role CEO Asia Pacific, TriOptima. Prior to joining TriOptima, Mr Imanishi held a number of roles at Nomura and other banking groups across Australia, Japan and Singapore. He is based in Tokyo and reports to Kate Birchall, Head of Asia Pacific, LCH.

Regtech startup singlerulebook.com landed Chris Dingley as its new Head of Sales. Dingley joined from CME where he was Head of Sales Regulatory Reporting.