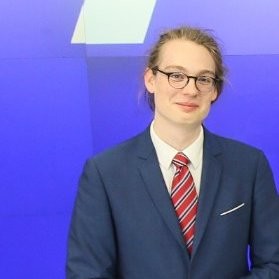 Nasdaq has promoted Bill Dague to head of alternative data for its Global Information Services business, including responsibility for the exchange’s Analytics Hub of third-party and alternative datasets. Dague has spent four years at Nasdaq, most recently as director of data science, having also served as a senior data scientist and a software engineer since joining the exchange as a software engineer intern in 2014. Before Nasdaq, Dague was a junior programmer at CIQ Labs.

Auerbach Grayson & Company, LLC, a New York-based brokerage firm specializing in global trade execution and exclusive in-depth research for U.S. institutional investors, has hired Angel de la Fuente as Managing Director Head of Equities. With decades of international investment experience de la Fuente joins Auerbach Grayson from Kepler Cheuvreux, where he served as Managing Director and Country Head for North America since 2010. Prior to his time at Kepler, de la Fuente was the Head of European Equities in North America and Head of Global Equities and Asset Management of Iberia for J.P. Morgan, roles he served for over 13 years.

JPMorgan has hired Borzu Masoudi from Goldman Sachs for US index flow trading in its equities department, according to media reports. When he joins in August, Masoudi will replace David Kim, who recently decamped for Bank of America. 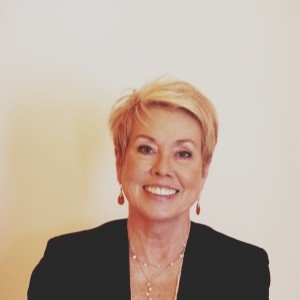 OpenDoor Securities has named Marie Patton as Chief Administrative Officer and Co-Head of Sales, and Lauren McFall Gardner as Managing Director and Co-Head of Sales. In addition to her collaboration with McFall Gardner spearheading the sales and marketing functions of the firm, Patton will also focus on optimizing day-to-day operations for the CEO and coordination among all internal department heads as CAO. Both will report directly to CEO, President and Co-Founder Susan Estes.

Before joining OpenDoor, Patton spent nearly 40 years at ICAP in eCommerce leadership roles ranging from Business and Product Development in APAC to Business Development Manager of Electronic Markets in the US. McFall Gardner spent two and a half years as the Director of West Coast Sales for NEX, overseeing regional sales for its FX execution and netting platform and NEX’s Treasury platform (formerly EBS BrokerTec). Before that, she spent three years as Chief Sales and Marketing Officer and Head of European Sales for interest rate swaps platform trueEX.

Saxo Bank appointed Eric Krueger to a newly established position as Global Head of Client Services, effective July 2. With 20 years of experience in the financial industry, Krueger specializes in program trading, electronic trading and sales trading. He onboards from Barclays where he most recently served as Managing Director Head of Cash Execution Sales for the EMEA region. Before joining Barclays in 2009, he also worked at Merrill Lynch for 11 years in various leadership positions focusing on Program trading and Electronic Trading. He will report directly to Damian Bunce, CCO of Saxo Bank A/S.

Nuveen appointed Rune Sanbeck as Head of International Advisory Services for the Europe, Middle East and Africa (EMEA) region. In this newly created role, Sanbeck will lead Nuveen’s strategy to deliver the firm’s asset management expertise and solutions to clients across the EMEA region. Sanbeck joins Nuveen from Dimensional Fund Advisors, where he was Head of Institutional Sales and Marketing EMEA. Previously, Sanbeck was with BlackRock where he was Head of the Nordic region for the Institutional Business, iShares, and Retail, and was also a member of the European Leadership Group. He reports to John Panagakis, Nuveen’s global head of International Advisory Services, and is based in the firm’s London offices.

Cinnober announces the appointment of Peter Lenardos as the new CFO for the Cinnober Group. Lenardos is an established professional with extensive experience in the financial sector as both an investment banker and ranked research analyst. Since April this year, he has been active as a Senior Financial Advisor to Cinnober, and previously held the position as a Managing Director in the Royal Bank of Canada’s (RBC) London office.

Fulcrum Asset Management landed Chris Gower as Director, Global Consultants and Pension Funds. In this role he will help strengthen Fulcrum’s capability in providing investors with solutions to achieve their investment needs. Gower previously worked for First State Investments where he was EMEA head of client and consultant relations and prior to that was head of European consultant relations for HSBC Global Asset Management.

Greenwich Associates hired Ken Monahan as Senior Analyst in the Firm’s Market Structure and Technology group, where will cover FX, listed derivatives, fixed income, and a variety of additional research topics. Prior to Greenwich, He was with Deutsche Bank, where after starting in New York as a trader on the bank’s institutional derivatives desk, he moved into market structure, working with the International Securities Exchange (ISE) ISE to launch the first all-electronic U.S. options exchange. He started his career working on the floor of the CBOE in Chicago for Swiss Bank O’Connor’s equity options market making group.