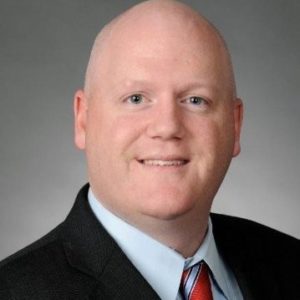 Northern Trust announced that Ryan Burns has been named Head of Global Fund Services (GFS) Americas. In his new role, Burns will be responsible for overseeing client service and setting the strategic business direction for investment manager clients in the Americas region. Burns has more than 20 years of experience in financial services technology and relationship management, including his most recent role as Head of GFS Client Service in North America where he  has been instrumental in building out Northern Trust’s support for investment managers with a notable focus on both middle office and mutual fund clients.

Relatedly, the firm also appointed Melíosa O’Caoimh as country head, Ireland. She succeeds Clive Bellows, who in late 2018 was appointed as head of Global Fund Services for Europe, the Middle East and Africa.  Reporting to Bellows, O’Caoimh is responsible for all asset servicing business activities conducted from Northern Trust’s Dublin and Limerick offices. Based in Dublin, O’Caoimh joined Northern Trust in 2003. During her career, she has held senior roles including head of relationship management and chief operations officer. She has also held a wide range of board appointments, including serving on the board of the American Chamber of Commerce in Ireland from 2008 to 2014, and led a number of key industry initiatives.

The Global Blockchain Business Council (GBBC) named David Treat of Accenture to its Board. Treat is a managing director and co-lead of Accenture’s Blockchain Business. He comes to the GBBC Board with over 20 years of experience in financial services split between consulting and industry roles spanning capital markets, retail banking, and cards.  His expertise includes running strategy functions, innovation, strategic cost management, large-scale restructuring, customer relationship management, and M&A. 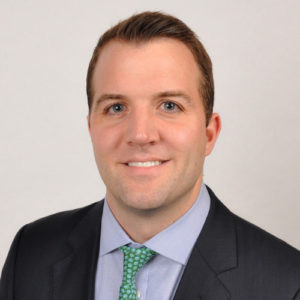 Ned Davis Research added Josh Monroe as its Global Head of Sales. In his role, Monroe will oversee a sales team spanning across the Americas, EMEA and APAC, which serve both the institutional and wealth management markets. Most recently, he served as Senior Vice President, Head of Sales, Trading and Risk Solutions for North America at Fidelity National Information Services, Inc. (FIS). Prior to FIS, Monroe served as Vice President within the Global Macro business at SAC Capital. His capital markets experience also includes roles at Morgan Stanley and Ayco, a Goldman Sachs Company.

Former Eurex CIO Brendan Bradley joins ipushpull as chairman. Bradley has over 30 years of experience in financial services and was a former Board Member and Chief Innovation Officer at Eurex Exchange (part of Deutsche Börse).

Justin Adams, a managing director in cross credit sales, left Bank of America Merrill Lynch following its shakeup in the firm’s fixed income, currencies, and commodities division. Adams joined Wells Fargo in New York, according to people familiar with the matter. Adams spent nearly 15 years with BAML and specialized in cash and derivatives sales to hedge funds. Spokespeople for Bank of America and Wells Fargo declined to comment.

FTSE Russell announced the appointment of Paul Bowes as Country Head, FTSE Russell Canada. In this newly created role, he will oversee the Toronto-based team and will partner with key stakeholders in Canada including clients, regulators and business partners. Bowes is based in Toronto and will report to Waqas Samad, CEO of FTSE Russell and Group Director, Information Services at London Stock Exchange Group.

State Street Corporation has appointed Francisco Aristeguieta to chief executive officer for its international business. Aristeguieta, who joins the company in July, will report to State Street president and CEO, Ron O’Hanley and become a member of the Company’s Management Committee, its senior-most strategy and policy making group. Aristeguieta onboards from Citigroup where he most recently served as CEO of its Asia business, overseeing 60,000 people and a third of the company’s earnings.  Prior to that role he served as head of Citigroup’s business in Latin America and before that led its Transaction Services Group in Latin America encompassing securities servicing, trade and cash management, and was vice chairman for Banco de Chile.

Two traders have left Deutsche Bank in London and have found new jobs elsewhere. Marie Geekie, a former director-level equities sales trader, is understood to have left DB and to be joining Australian bank Macquarie. Jack Pelzig, a former vice president in Deutsche Bank’s distressed debt and special situations, has also left Deutsche and is off to Goldman Sachs as an executive director. Geekie spent six years at Deutsche Bank after joining from Raymond James. Pelzig was there nearly four years after joining from law firm Slaughter & May.