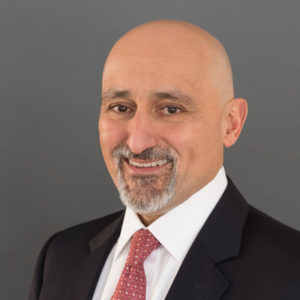 According to eFinancialCareers, Robert DeWitt, a senior equities algo trader at Barclays in London has turned up at Bank of America. DeWitt joined BofA this month according to his LinkedIn profile. He’ll be heading BofA’s quantitative strategies group for EMEA. Barclays didn’t immediately respond to a request to comment on DeWitt’s exit, which happened back in June. He spent the rest of the summer sitting out of the market on gardening leave.

Tourmaline Partners has hired industry veteran Rowley Aird to serve as Managing Director, Europe to help meet increasing demand for outsourced trading services in Europe. Rowley was most recently Head of Trading and Execution Services, Europe at CLSA and has served in senior sales positions at UBS, Liquidnet and Bloomberg. Over his two-decade career in the financial services industry, Aird has served in a number of key roles, most recently as Head of Trading and Execution Services, Europe at CLSA. There, he was responsible for all high- and low-touch offerings, including the trading of APAC equities on behalf of European asset managers and hedge funds. At CLSA, Aird oversaw the firm’s implementation of MiFID II best execution requirements including TCA compliance. Prior to CLSA, Aird was based in Hong Kong and served in a variety of senior sales roles at UBS, Liquidnet and Bloomberg.

CLS, a market infrastructure group delivering settlement, processing and data solutions, said that  Masami Johnstone has been appointed as Head of Information Services. Masami joins CLS from Euronext, where she was Head of Buy Side Sales, responsible for advanced data sales and development. Previously she was Head of Institutional Quant Research. Prior to Euronext, Masami spent a decade at ITG Europe, working in their EMEA Analytics Product and Research team, before being appointed as Head of Consulting EMEA Analytics. Masami began her career at Baring Asset Management, where she held several analytics roles. 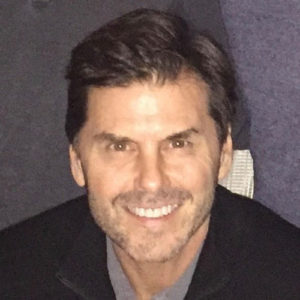 Ncontracts, a provider of integrated risk management and compliance solutions for financial institutions, landed George Ravich as its new Chief Marketing Officer. The veteran marketer who has been CMO of several successful FinTech (financial technology) organizations will build the company’s marketing capabilities.  to propel its growth with an expanding product line, and deepening market penetration. Previously he was the CMO of Earnix, an Israel-based analytics software developer. At Ncontracts, he will report to the company’s CEO, Michael Berman.

G2 Capital Advisors has expanded its Technology & Business Services (TBS) industry team by hiring Jarl Berntzen as Managing Director and newly appointed Technology and Business Services Practice Leader.  Berntzen will be based in G2’s San Francisco office, reporting to Matthew Konkle, Head of Industry Teams for G2. Prior to joining G2 Capital Advisors, he spent more than ten years in the mergers & acquisitions department at Goldman, Sachs and later built and led the M&A group at ThinkEquity Partners LLC.

Christopher Giancarlo has popped up on the board of the American Financial Exchange, an electronic exchange for direct lending and borrowing between US financial institutions. The former chair of the US Commodity Futures Trading Commission will serve as an independent director at AFX.

Coinbase hired Dan Yoo as VP of Business and Data, replacing the crypto exchange’s COO Emilie Choi who was promoted to the role back in May following the departure of the president and chief operating officer, Asiff Hirji. In his new role, Yoo’s top priorities include improving customer support and helping Coinbase, which also runs an institutional platform, scale up.