O’Neil Securities (ONS) opened a new regional trading office in Chicago, which will be led by veteran sales trader Mike Shroba. Shroba, who has more than 30 years’ experience on both the buy side and sell side previously worked at O’Connor & Associates for 12 years on the buy side before working as an institutional sales trader at several leading firms, including Merrill Lynch and Barclays Investment Bank, for the next 23 years.

Chicago-based R.J. O’Brien & Associates (RJO) appointed William Harrington to the new post of Managing Director, Global Head of Internal Audit. Harrington has more than 25 years of experience providing audit and consulting services to financial services companies, including the past several years spearheading the outsourced internal audit function for RJO at FGMK, LLC. Prior to joining RJO, Harrington served for four years as a Partner in the Risk & Controls practice of FGMK in Chicago. Previously he spent more than 20 years with PricewaterhouseCoopers LLP as a Partner in its Risk Assurance practice.   He will report to the Audit Committee of the Board of Directors, with administrative reporting to Brad Giemza, Chief Risk Officer. 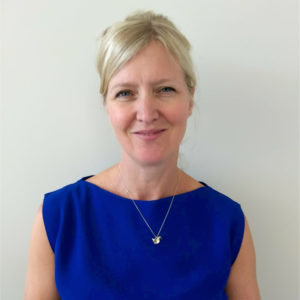 GLMX, a repurchase agreements and securities lending transactor, has named Andy Wiblin as Chief Product Officer. Wiblin will be based in GLMX’s London office with global product responsibilities. Wiblin brings nearly 20 years of product experience in securities financing technology solutions. Wiblin joins GLMX after a combined 18-year run with Anvil and ION Trading. He spent more than 12 years at ION Trading, covering Business Development for Repo, Securities Lending, and Collateral Management in their London office. He began his career at Anvil Software, where he spent 6 years before the company was acquired by ION Trading in 2006. He will report to Glenn Havlicek, CEO of GLMX.

Refinitiv reported the appointment of William Leahey as head of Regulatory Compliance, Wealth Management. Prior to joining Refinitiv,Leahey was vice president and assistant general counsel of the Operations and Technology Group at the Securities Industry and Financial Markets Association (SIFMA). Prior to SIFMA, he spent five years in the Financial Industry Regulatory Authority’s (FINRA’s) Market Regulation Department developing and implementing high yield market surveillance tools and managing FINRA’s coverage of NYSE Rules. Earlier, Leahey was an attorney in the Policies and Procedures Group of Bear Stearns.

Expansion Capital Group (ECG) hired two Directors to lead efforts in Marketing and HR. Jason Gross has joined the team to lead efforts in organic customer lead acquisition, social media, public relations and branding, while Kelsey Hillberg was hired to lead all Human Resources efforts, including benefits management, recruiting, and strategic leadership development. Gross will provide leadership to ECG’s direct marketing strategies and comes from US Foods. Hillberg brings past experiences with LifeScape and Sanford Health to her new role at ECG.

Mitsubishi UFJ Financial Group (MUFG), landed Deborah Bennett as a Managing Director to join the bank’s Supply Chain Finance group in the Americas. In her new role, Bennett will assume responsibility for engaging suppliers of MUFG’s clients and enrolling them in the bank’s supply chain finance program. She spent nearly two decades at Citigroup in a number of related roles. Most recently, she oversaw supplier marketing and on-boarding as the firm’s Global Head of Working Capital Finance. She will report to Maureen Sullivan, Head of MUFG’s Supply Chain Finance business for the Americas.

Clearpool announced the appointment of David Cushing as Advisor to the firm to focus on expanding its trade analytics solutions. Specifically, Cushing has over 25 years of experience in financial services technology and is a named inventor on the industry’s seminal patent for algorithmic trading as well as on several other market structure patents, including the design and operation of opening and closing auctions. He was most recently a Partner at Wellington Management, where he served in a variety of senior capacities, including Director of Global Equity Trading and Director of Global Trading. Prior to joining Wellington in 2006, he was a Managing Director at Lehman Brothers, where he managed their algorithmic equity trading and trading analytics business.

REGIS-TR, the European Trade Repository, has appointed Thomas Steimann as new Chief Executive Officer. He succeeds Elena Carnicero. Steimann joined from Iberclear, the Spanish Central Securities Depository and a BME Subsidiary, where he was External Advisor for strategic projects in the area of domestic and cross-border post-trade securities services. Between 1998 and 2017, he was at Deutsche Bank in Madrid, initially with responsibility for non-resident institutional clients’ securities clearing & custody activity in the Spanish market, and from 2006 to 2017 as head of securities clearing & custody and depository bank services for all the bank’s institutional clients. This appointment is subject to regulatory approval.

GTCR, a leading private equity firm, hired Melissa Mounce as Managing Director – Leadership Talent. Working in concert with investment professionals across the firm. Prior to joining GTCR, she worked at Baird Capital, where she had the role of Principal of Human Capital, working to create the human capital function from inception.

Cameron Lochhead has been named global head of PGIM’s Institutional Relationship Group. Lochhead, who is based in Newark, N.J., will lead a global team with representatives in Chicago, London, Munich, Singapore and Sydney, with plans to expand into Shanghai later this year. Prior to joining PGIM as managing director in 2016, Lochhead held senior roles at Russell Investments, managing relationships with some of their most important institutional clients, and was a partner at Guggenheim Partners in New York. He reports directly to PGIM CEO David Hunt.

The Executive Board of the European Central Bank (ECB) has appointed Ulrich Bindseil as Director General of Market Infrastructure and Payments (DG-MIP). Bindseil will replace Marc Bayle, who is leaving the ECB to take up a position in the private sector. Bindseil, 49, is currently Director General of the Directorate General Market Operations (DG-M), a post he has held since May 2012. He served as Deputy Director General of the same Directorate General from September 2009 and prior to that headed the ECB’s Risk Management Division. His appointment will be effective on 1 November 2019.