TRADING UP: Peel in, Gallagher Out at Morgan Stanley

There has been some activity at the bulge bracket firms during the last week starting with Bank of America Merrill Lynch. Traders Magazine has learned that David Kim will now lead equity macro index trading and Ajay Khanna will now serve as global head of equity trading strategies. BAML also appointed Jacob Kaippallimalil head of global central risk book.

Meanwhile at Morgan Stanley, top electronic equity pro Brian Gallagher has left the firm after 15 years, according to people familiar with the matter. Gallagher was a managing director of sales in the firm’s s equities electronic trading business since 2003. He was formerly headed European electronic trading at the bank too.

On the flip side, the bank landed Andrew Peel, a cryptocurrency and Bitcoin specialist from rival Credit Suisse as its new Head of Digital Assets Markets. Peel spent the last 12 years at Credit Suisse spending nine of them on the Delta One trading desk and as a derivatives trader. He will be based in London and Zurich.

Goldman Sachs saw one of its own leave the bank. Ralston Roberts, a managing director and Goldman’s co-head of execution services and electronic trading in Europe, will move to the US to join Instinet as its chief operating officer, according to people familiar with the matter. 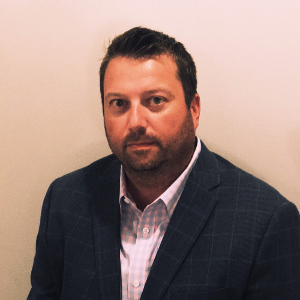 Dash Financial hired Stino Milito as Co-COO. Milito will be responsible for product strategy and leading Dash’s Institutional buy-side team, a growing group that works with the firm’s asset management and hedge fund clients to help craft highly-tailored trading solutions. Based in Chicago, he leads the office along with Co-COO Tim Miller. This is his second stint with Dash, rejoining the firm from ED&F Man Capital Markets where he was Director of Trading, UIT. One of Dash’s original employees, Milito previously served in a range of increasingly senior trading and client services roles from 2010-2016 after beginning his career as an option market maker on the CBOE Markets floor for Botta Capital Management. He reports directly to CEO Peter Maragos.

Euronext announced the appointment of Chris Topple as CEO of Euronext London, Head of Global Sales and a member of the Managing Board of Euronext N.V., subject to all relevant shareholder and regulatory approval. Topple, who worked extensively in brokerage and clearing services throughout his career, will oversee sales across all asset classes. He will take up his new role based in London on October 15.

AlphaPoint, a blockchain company focused on enabling institutions to launch, scale, and operate digital asset networks and exchanges all over the world, hired Kristin Boggiano as its Chief Legal Officer. In this role, Boggiano will oversee the company’s legal, regulatory, and government relations functions as well as contribute as a member of AlphaPoint’s executive team. She brings more than two decades of experience in the financial industry to AlphaPoint. Most recently, Boggiano served as a Managing Director and Senior Regulatory Counsel at Guggenheim, where she advised on asset management, broker-dealer and insurance issues.

Goldman Sachs reunited with Matt Kilsby – placing him on its equities team as a Managing Director. Kilsby was the former chief operating officer of Systematica Investments. He had been a non-executive director at Systematica since July 2017. Kilsby began his career with Goldman in 1996 after completing his software engineering from the University of Manchester and spent nine years at the firm.

Options announced the appointment of former NYSE Technologies and Vela Trading Systems executive Micah Kroeze to its management team. Kroeze joins the New York team as VP, Product Management where he will be responsible for driving new business growth and supporting the firm’s product development. Kroeze brings nearly a decade of industry experience to Options from NYSE and Vela, where he oversaw the growth of the firm’s market data and hosted services product lines.

Definiens AP landed Markus Schunk as its new Chief Operating Officer effective September. 15. This is a board of directors’ role that reports directly to the chief executive officer. Previous to this appointment, Schunk was the CEO and board chairman at Holtzbrinck Digital, where over the last decade he was involved in many mergers and acquisitions as well as investments and divestments.

Professor George Giaglis has agreed to join the advisory board of INVioU, a platform that will utilize blockchain technology to manage the financial records and invoices of small- and medium-sized businesses. Giaglis, who holds a Ph.D. from Brunel University (London), has been involved with blockchain since 2011.

GLMX Europe Limited (GLMX), a firm that specializes in repo trading and securities lending transactions, hired Phil Buck as Managing Director for Europe. Buck brings to GLMX over 20 years of direct experience in repo and securities lending technology solutions. Prior to joining GLMX, Buck spent 11 years at ION Trading, most recently as CEO of ION Repo, Securities Lending and Collateral Management. Before that, he spent time as Global Head of Sales as well as CEO, North America for ION Trading.

Finastra hired Gareth Burton has joined the company as Chief Information Officer (CIO) with responsibility for leading Finastra’s Global Information Services team. He will oversee the company’s enterprise core infrastructure and employee services, as well as supporting all business and financial applications. He joins Finastra from Laing O’Rourke where he worked as CIO for over four years.