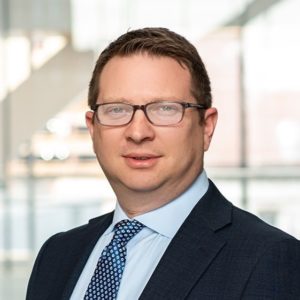 Dr. Noah Weisberger has joined PGIM as a managing director in the Institutional Advisory & Solutions (IAS) group.Weisberger joins PGIM after 17 years on the sell-side of the industry and will be based in Newark, NJ. . In this new senior role, he will apply his macroeconomic and policy expertise to the group’s research and client advisory work that focuses on asset allocation and portfolio construction. Weisberger was most recently a managing director and chief U.S. portfolio strategist at Sanford Bernstein. He previously spent 14 years at Goldman Sachs Global Investment Research as a managing director and senior markets economist and began his career as a staff economist at the Council of Economic Advisers. He reports to Bruce Phelps, head of the Institutional Advisory & Solutions group. 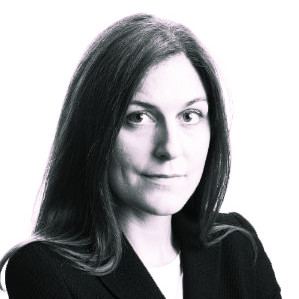 Nasdaq has named Fredrik Ekström a President of the Nasdaq Stockholm Stock Exchange. Ekström will oversee Nasdaq Stockholm’s overall business operations as well as continue to lead Nasdaq’s European Fixed Income and Commodities businesses. Ekström joined the OM Group in 1999 and has held various roles in clearing and fixed income. In 2010 he joined Nasdaq as Chief Risk Officer for Nasdaq Clearing. Over the past decade, he has held a variety of senior leadership roles, including President of Nasdaq Clearing and Head of Nasdaq Nordic Fixed Income. He currently serves as Head of European FICC Markets.Ekström reports to Bjørn Sibbern, President of Nasdaq’s European Markets.

Relatedly, Lauri Rosendahl, who currently serves as President, Nasdaq Stockholm and Head of European Equities and Post Trade, has announced his intention to retire from Nasdaq at the end of the quarter. On April 1, 2020, Rosendahl will become Executive Advisor, continuing to report to Bjørn Sibbern. He will continue as Chairman of the Board for Nasdaq´s exchanges in Helsinki, Copenhagen, Oslo and Iceland.

Northern Trust has announced the appointment of Sara Gilbert to spearhead business development for its alternatives asset servicing business in Europe. In her role as a senior executive for alternatives business development, Gilbert will be responsible for further accelerating Northern Trust’s asset servicing solutions for multi-class strategies including private equity, private debt, real estate, infrastructure and hedge funds. She joins Northern Trust from AltaReturn in Hong Kong, where her role was focused on expanding their business into Asia-Pacific. She previously held roles at SS&C Technologies, SunGard/FIS, PerTrac, Financial News and the Financial Times.

Aquis Exchange snagged renowned business commentator David Buik as a new consultant. With over  50 years working in the City of London, he started work at Philip Hill Higginson Erlangers in the City of London and later worked for City Index Group, Cantor Fitzgerald and BGC Partners, and most recently Core Spreads.

Eldridge Industries, a holding company that invests in growing businesses, reported the promotion of John Kim to Principal of the Firm. Kim leads Eldridge’s Structured Products team and serves on the boards of Stonebriar Commercial Finance and Elliott Bay Capital Trust. Prior to joining Eldridge, Kim served as a Managing Director at Natixis North America in the US Structured Credit & Solutions group, where he focused on middle-market and broadly syndicated CLOs, structured credit advisory, and other credit solutions for a range of asset managers and hedge funds. Prior to Natixis, he held senior roles at Deutsche Bank, where he was head of CLO structuring, and at Lehman Brothers.