RBC Capital Markets has landed ex-Morgan Stanley sales and trading executive Jas Sandhu. Sandhu, who has spent the last 16 years with Morgan Stanley, served as the firm at one point as head of Asia Pacific trading. At RBC Sandhu will be based in London and run algorithmic trading across the bank’s cash equities and exchange traded fund desks, according to a spokesman for the bank.

Fenergo has announced its expansion into Private Banking and Wealth Management with Steve D’Souza leading the newly created division.  D’Souza, 35-year veteran, has worked at Unisys, Odyssey, Parity, Propero and TCA Consulting before setting up Sales Kinetics in 2008. He will report directly to Fenergo’s CEO Marc Murphy and will be based in London.

Duco, the global provider of enterprise data quality and reconciliation services, announced that former HSBC and Merrill Lynch veteran Spencer Lake has joined the board of directors as a non-executive director. The company has also significantly bolstered its senior management team with the appointments of Danielle Price as Head of Finance and Operations, Peyton Kay as Vice President of Strategic Marketing, and Scott Glazer as Head of Sales, North America.

Prior to joining Duco, Lake spent 10 years at HSBC where he served as a Group General Manager, Vice Chairman of Global Banking and Markets, Co-head of Global Markets, and Global Head of Capital Financing. Previously he spent 17 years at Merrill Lynch in senior roles spanning investment banking, debt capital markets, and real estate finance. Lake is currently an advisor and board member to several technology firms challenging the status quo, including Fenergo, nCino, Nivaura, Inforalgo and Callsign.

Goldman Sachs has hired executives from Citigroup and JPMorgan in a bid to strengthen collaboration between its electronic trading and hedge fund services teams. The bulge broker hired Thomas Doyle as head of single stock synthetic products group distribution in Europe, the Middle East and Africa. Doyle previously worked at Citi, where he was head of synthetic distribution and stock loans within delta one sales. David Cornish has also joined the firm, as head of quant distribution. He will work across prime brokerage and electronic trading. Previously, Cornish was an executive director at JPMorgan. 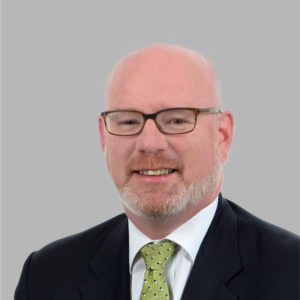 Conway Investment Research, a St. Louis-based Registered Investment Adviser, announces the hiring of John Feeley as its Director of Business Development. Feeley will be responsible for expanding the market presence of the Conway Alternatives Platform, an alternatives access platform, as well as Conway’s outsourced investment advisory service it provides to financial advisors. He will be opening a new office in the New York City area. Prior, Feeley served as Managing Director for U.S. Wealth Sales for Man Investments and its predecessor firm Pine Grove Asset Management LLC.

Kapil Rathi was named Global Head of Trading Markets at AlphaPoint. Previously, he was Head of Equity Options at Cboe Global Markets for almost four years. At Cboe he oversaw the Equity Options business and execution of business strategy for the four options exchanges (Cboe, C2, BZX and EDGX). Before that he was Head of Product Management at ISE, which was acquired y Nasdaq, for 10 years.

The firm also added Cameron Miele as a Managing Director. Miele, a 20-year of investment banking pro, will focus on mergers and acquisitions as well as the origination, processing and oversight of private equity and private real estate investments. 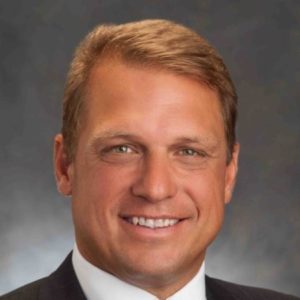 Lastly, Ellsworth appointed Paul Martin as Chief Financial Officer. Martin is a former Principal at a 75-year old northeast Ohio based accounting firm.  He has over 10 years of experience working closely with business owners.

BQT announced that Luca Cotta is now a member of its advisory board. As an expert on ICOs, blockchain and app-based technologies. Cotta is a strategic adviser for ETHend, a Swiss-based technology company.