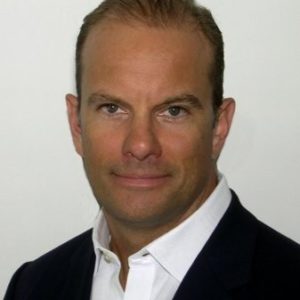 Staniford joined RJO in 2016 as Executive Director, in charge of the firm’s institutional business development in New York and London. Staniford has more than 22 years of experience in sales and management at Citigroup Global Markets and Brown Brothers Harriman & Co.

In his new role, Gilhooly will oversee the North American Operations groups, along with RJO’s Client Service, Market Insights and Facilities teams. Gilhooly has served since 2016 as Senior Director in the Commercial Agricultural division, running the Operations functions for the division, including the support of its Asian activities. He started his career at RJO in 1991 as a trading floor runner, remaining at the firm for nine years and ultimately managing the firm’s trading desks on the agricultural trading floor at the Chicago Board of Trade. In 2000, he joined Merrill Lynch to run the futures division’s U.S. Client Services. He also worked at State Street to help launch its planned futures commission merchant an the Royal Bank of Scotland.

Since 2007, Northup has served as RJO’s Chief Operating Officer, managing the firm’s Trading and Clearing Operations. Prior to joining RJO in 2004, Northup was in the Corporate Strategy and Development Group at Citadel Investment Group. Previously, she served as a Principal in the Financial Institutions Group at management consulting firm A.T. Kearney, where she spent five years.  Earlier in her career, she worked at Morgan Stanley’s global custody business.

Will Bailey has been appointed as Chief Strategy Officer at fintech firm InvestCloud. The newly-created role will see Bailey head up development on emerging product initiatives. He will also take on the role of a client advisor, providing strategic support to InvestCloud clients. Bailey, a member of the InvestCloud team since the company’s founding in 2010, will relocate from the London office to San Francisco. Prior, he led InvestCloud’s EMEA expansion as EVP of Europe and Innovation.

CLS, a market infrastructure group delivering settlement, processing and data solutions, announced four new directors were appointed to its Board of Directors at the CLS Annual General Meeting. The new additions to the board include:

Sheryl Kennedy: Until December of 2018, Kennedy was Chief Executive Officer of Promontory Financial Group Canada, an affiliate of the global consulting firm providing strategy, risk management and regulatory compliance advisory and managed services. From 1994-2008, she was Deputy Governor for the Bank of Canada. Currently, she is a non-executive Chair of Promontory Canada and Vice-Chair of the Canadian Public Accountability Board, the regulator of auditing of publicly traded companies in Canada.

Edward Sterba: Sterba is the Senior Executive Partner in the Global Enterprise Account Division of Gartner Inc., an IT research and IT advisory company. He held the role of Chief Information Officer of OneMain Financial, a Citigroup Company, and prior to that, he was Chief Technology Officer of HSBC. 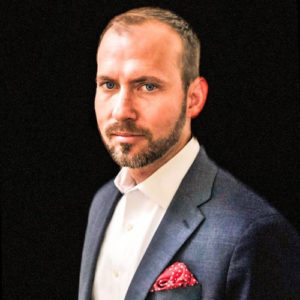 Eddie Wen: Wen is J.P. Morgan’s Global Head of Digital Markets and a Managing Director of the firm’s Markets business. He is responsible for the delivery of digital services across all asset classes. Prior to joining J.P. Morgan in 2006 as Global Head of eCommerce for Macro Businesses, he was responsible for Quantitative Algorithmic Trading Strategies in Foreign Exchange at Goldman Sachs.

Insight Investment announced that Jennifer Babsin has joined the company as Head of Marketing, North America. In this newly-created role, Babsin will lead all North American marketing programs as Insight continues to leverage its liability driven investment (LDI), fixed income and multi-asset capabilities to help pension plan sponsors, consultants and financial advisors meet evolving challenges. Most recently, she  held the role of Head of US Marketing and Communications and Global Strategic Marketing Director at Man Group. Prior to joining Man Group, she served as Head of Marketing at Pine Grove Asset Management and Chief Marketing Officer at UBP Asset Management.  She will be based in New York and report to David Chellew, Head of Marketing. 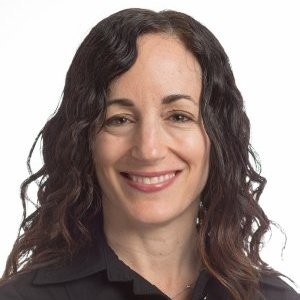 Integral announced Sanjay Madgavkar has joined the firm’s executive team as Chief Strategy Officer and Head of Business Development. Madgavkar has spent much of his career at Citi and brings more than 20 years of experience in every aspect of foreign exchange to Integral. He began his career in FX sales and has since held positions running Citi’s FX and FI eCommerce group and Margin FX trading. Most recently Madgavkar was the Managing Director and Global Head of Citi’s FX Prime Brokerage, a position he held since 2012.

IQ-EQ, an investor services group, has appointed Fèmy Mouftaou to the role of Chief Commercial Director to spearhead business development in Luxembourg. Fèmy has over 20 years of experience in the financial services industry and joins IQ-EQ from a publicly listed fund, corporate and private wealth service provider, where he held the dual title of Managing Director and Conducting Officer.

The Board of Directors of BME has appointed Berta Ares as Head of the Value-Added Services Unit and joins the Management Committee.  She will continue promoting digital transformation at BME as General Manager of BME Inntech. Also, Jorge Yzaguirre will now head the Market Data Business Unit while continuing leading the Markets area. Additionally, Ignacio Olivares has been appointed Head of Legal, replacing Jaime Aguilar and joins the company’s Management Committee. Jaime Aguilar is to lead the Legal Strategy of BME, reporting directly to the CEO. José Manuel Ortiz has been appointed Head of the CEO and Projects Offices, from which he will supervise the Strategic Plan, among other functions. He also joins the Management Committee.