Schroders has appointed its new head of equities as Nicky Richards prepares to step down from the leadership position after four years to take on an advisory role. The asset manager confirmed that Rory Bateman will take on the role as of March next year, while Richards, who previously managed the £173 billion business, becomes a senior advisor. Bateman has been head of the UK and European equities team since 2013, and was formerly a co-manager of the SISF European large cap fund at Schroders, which currently manages more than €45 billion on behalf of clients. 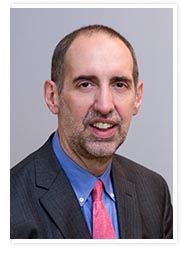 Davidson joined OCC in 2017 as President and Chief Operating Officer, where he was responsible for OCC’s technology and operations functions.  Davidson came to OCC from Citigroup, where he served in several key leadership roles, including Global Compliance Officer.  He also held senior leadership roles at Morgan Stanley and CME Clearing.

As COO, Warren will report to Davidson.  He will have oversight responsibilities for OCC’s operations, project management, business process optimization functions, finance, business development, and human resources.  Warren joined OCC in 2015 as Executive Vice President of Business and Product Development, where he was responsible for OCC’s business and new products development as well as strategic and corporate planning.  Prior to joining OCC, he held senior leadership roles at CME Group and Goldman Sachs.

ErisX added Matt Trudeau as its Chief Strategy Officer. Trudeau is a veteran in disruptive technology, with his most recent role being CEO at 10x Markets, an advisory company for startups and fintechs with an emphasis on electronic trading, blockchain, and cryptocurrencies.

Trading Technologies International, Inc. (TT), a global provider of high-performance professional trading software, named CEO Rick Lane as chairman of the company’s board of directors. He succeeds outgoing chairman Harris Brumfield and maintains his responsibilities as chief executive officer. Lane originally joined Trading Technologies in 2010 when TT acquired the company he co-founded, TickIt Trading Systems. He became CTO in 2012 before he was named CEO by Brumfield in 2014.

LSE appointed Donald Robert as a Non-Executive Director of the Board, as of January 1. He will succeed Donald Brydon as Chairman of LSEG after the conclusion of the Annual General Meeting on 1-May-2019.

BTIG, LLC hired Michael Carley, Adam Margulies and Paul Maccrone to the firm’s Fixed Income Credit division as Managing Directors. Carley is a seasoned industry expert, who has managed high-yield and distressed-debt desks both in the U.S. and Europe. Margulies has extensive experience trading convertibles, equities and equity-linked securities. Maccrone is an industry veteran, who specializes in investment grade dealer sales.

In their new roles, they will be based out of the firm’s New York office and will report into Drew Doscher and Darren Haines, Managing Directors and Co-Heads of Fixed Income Credit at BTIG.

Carley has more than 25 years of experience leading both buy-side and sell-side credit efforts, including a role at UBS, where he was the Co-Head of Global Distressed Sales, Trading and Research. He started his career on the distressed desk at Bear Stearns.

Prior to BTIG, Margulies was Co-Head of Fixed Income Trading at GMP Securities. He spent more than 20 years with the firm in a variety of roles across convertibles, equities and equity-linked securities. Maccrone has spent more than 25 years in the industry. He held similar roles within investment grade dealer sales at Stifel, MarketAxess, ABN AMRO and Cowen.

ISITC, the industry trade group focused on developing standards and best practices in financial services operations, reported that Lisa Iagatta, Director of Account Management for Investment Services at Fiserv, will serve as the next Chair of the organization through 2020. Iagatta assumes the Chair position from Erica Borghi, who completed a two-year term in December 2018. Most recently, she served as Vice Chair for the 2017-2018 term and has served as a co-chair on ISITC’s Reconciliation Working Group since 2012.