San Francisco-based startup financial data terminal provider Sentieo recently appointed former ETF.com CEO and Thomson Reuters and StarMine executive David Lichtblau as COO and chief product officer. Lichtblau joined Sentieo as a consultant in the spring before taking on a full-time role in July and being appointed COO and CPO in September. The role of COO was previously performed by general counsel and chief information security officer Ash Kalb.

Credit Suisse’s Manish Vekaria will be leaving his post as head of prime services Ireland and CEO of its Dublin Branch in the coming weeks. Vekaria, who was previously the investment bank’s Emea co-head of prime, relocated to Dublin for his current role late last year ahead of the bank shifting its European prime brokerage operations to the Irish capital in a move that saw up to 100 roles relocate. Vekaria’s interim replacement will be London-based head of European prime services Jeff Jennings who will take on the additional responsibilities until a permanent replacement is appointed. 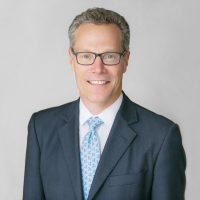 Scott Eaton, the chief operating officer for MarketAxess Europe, is leaving the company to pursue other interests. Eaton’s departure comes less than a year after a major hire in MarketAxess’s European business. Christophe Roupie, the former global head of trading at AXA Investment Managers, was named head of Europe and Asia for MarketAxess in February.

FlexTrade has appointed Manuela Bauer as multi-asset sales director. She will work to help push the recently launched fixed income execution management system (EMS) across Europe, and will also work closely with the buy-side to support FlexTrade’s delivery of its cross-asset trading services. Bauer joins from LSEG’s MTS where she spent more than a year overseeing buy-side sales in Germany and the Nordics. Prior to that she held various positions within LSEG’s capital markets division. Bauer’s new responsibilities include growing FlexTrade’s newly launched Fixed Income EMS across continental Europe and working closely with the buy-side to support FlexTrade’s delivery of best in class cross-asset trading solutions.

Ron Jordan has left his role as managing director of Data Services at the Depository Trust and Clearing Corp. to pursue new opportunities. Jordan also served as chief data officer at DTCC, which he joined at the start of 2011 after a 26-year career at the New York Stock Exchange and NYSE Euronext, including as executive vice president of global market data administration and EVP of market data, managing director of equity business development and director of market surveillance.

Fried, Frank, Harris, Shriver & Jacobson LLP announced that Darren Littlejohn has joined as a partner in the Derivatives and Asset Management Practices, based in the New York office. Littlejohn has extensive experience advising investment banks, fund managers, corporations and other end users on the structuring, regulatory analysis, and documentation of complex derivatives and related products across a broad range of asset classes. He comes from Blake, Cassels & Graydon, where he was a partner in the Financial Services Practice. He previously worked as a managing director and senior counsel in the Legal Department of Goldman Sachs, both in New York and London.

TP Icap has hired former Michel Planquart to head global client relationship management in London, replacing Laurent Paulhac who left at the end of last year. Planquart joins from Citigroup where he spent almost 20 years in various roles – the most recent of which being head of futures sales for Europe, Middle East and Africa, and EMEA head of client executives within the US bank’s Investor Services division.

Eurex rehired Ricky Maloney to focus on fixed-income trading and clearing sales to the buy side. Mr Maloney served at the OTC sales and relationship management from 2013 to 2016.

Thesys Technologies appointed Andre Frank as President of Thesys CAT, effective immediately. The newly created position was added to provide additional leadership and resources for the build and operations of the CAT. Frank was previously Chief Operations Officer at Thesys Technologies.

Lastly, Thesys named Ali Hackett as Chief Revenue Officer. She will assume the product development aspect of Frank’s role and business operations in addition to her sales, strategy and organizational growth responsibilities.