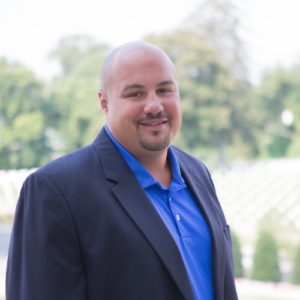 Scicchitano  joins Seventy2 Capital as a Senior Vice President and Financial Advisor.  He has over 18 years in the wealth management industry.  “I’m excited to join an independent team with the depth of experience and resources including research that Seventy2 Capital possesses.  I am also looking forward to increasing Seventy2 Capital’s presence in the Annapolis market and partnering with other advisors seeking an independent platform to best serve their clients’ financial and investment goals,” noted Scicchitano.

Chambers will also join the Seventy2 Capital team from UBS as a Senior Registered Client Associate.  He has worked closely with Scicchitano to support their client’s account management needs and will assume a similar role at Seventy2 Capital.  He has 15 years of experience in the industry as both an advisor and client service professional.

Placido will start on June 1, 2020 and will be based in New York City reporting jointly to Yann Gérardin, Deputy Chief Operating Officer and Head of Corporate and Institutional Banking, and Jean-Yves Fillion, CEO BNP Paribas USA. Bob Hawley current CEO of CIB Americas, will transition to the role of Vice Chairman of CIB Americas. José is currently Global Head of Financial Institutions Coverage (FIC) and Global Head of Client Development for Securities Services. He has successfully expanded the bank’s relationships with many of its largest institutional clients. Prior to joining BNP Paribas in 2014, he was CEO of RBC Investor Services and RBC Dexia Investor Services based in Toronto.

Ferdane will become Global Head of FIC, succeeding Placido. She will start on April 1, 2020, and will be based in Paris reporting to Yann Gérardin. Sandrine has been Country Head of Brazil and CEO of Banco BNP Paribas Brazil since 2014, and was instrumental in transforming and enhancing the bank’s Brazilian platform. Prior to assuming this role, Sandrine held a variety of senior banker and financing roles. 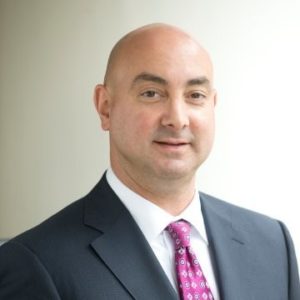 Alerian, an independent information services company providing indexes, data and research to global investors, appointed Kelly Spector as the company’s new Chief Administrative Officer. With over 20 years of experience in the financial services industry, Spector brings new perspective and expertise to Alerian’s growing index business. Previously, Spector was the Global Head of Index Operations & Governance and Head of Strategy for the Global Information Services business at NASDAQ, in addition to other leadership positions throughout her tenure at the firm.

BGC has named Steven Bisgay as Chief Financial Officer, effective immediately. He replaces Sean Windeatt, who was Interim CFO. Windeatt will remain in his role as Chief Operating Officer of BGC. As CFO of BGC,  Bisgay will to report to Howard Lutnick, Chairman of the Board and Chief Executive Officer of BGC. Bisgay is a seasoned industry veteran with 30 years of experience in the securities and financial services industry who has significant experience with financial technology companies. Since 2015, he has served as CFO of Cantor Fitzgerald overseeing financial operations including accounting, finance, regulatory reporting, treasury, financial planning and analysis, tax, and risk management, as well as lender and rating agency relations. Prior to his time at Cantor, he was CFO at KCG Holdings, Inc. and prior to that, he served as CFO and COO, Head of Business Development, Group Controller, and Director of Internal Audit at Knight Capital Group, Inc. Earlier he was a Senior Manager at PricewaterhouseCoopers, LLP

Relatedly, Anthony Warner and Julian Swain will assume the newly created positions of Co-Heads of Global Brokerage alongside Jean-Pierre Aubin, Global Head of Listed Products and Paris. All three will report to Shaun D. Lynn, President of BGC.

Warner is currently responsible for BGC’s brokerage business in London, as well as key Middle East locations for the Company. He joined BGC in June 2015, spending his first year as Senior Managing Director, Asia Pacific, before relocating to London. Before joining BGC, Warner spent nearly 25 years of his career at ICAP plc, most recently as CEO of ICAP Singapore. During his tenure, he held various roles with the firm in its London office, including Director of Euro Swaps. He started his career in the FX markets at Standard Chartered in 1987.

Swain is currently the Global Deputy CEO of GFI Group, which operates as a division of BGC. Swain joined GFI in 2001 as head of its European credit business. He then became the CEO of GFI EMEA in 2007. Prior to joining GFI, Swain was at ICAP for 8 years, where he managed various credit desks.

JP Aubin currently oversees Listed Products and Primary Structured products globally. In 2012, Aubin was appointed President of Aurel BGC, a role in which he also oversees Sunrise. Aubin began his broking career with Viel-Tradition Group in 1990. After trading futures and options for ten years between London and Paris, he was promoted to run the company’s continental European operations, which included being CEO of Finacor Group and Global Head of listed products worldwide, before he joined BGC in 2005.